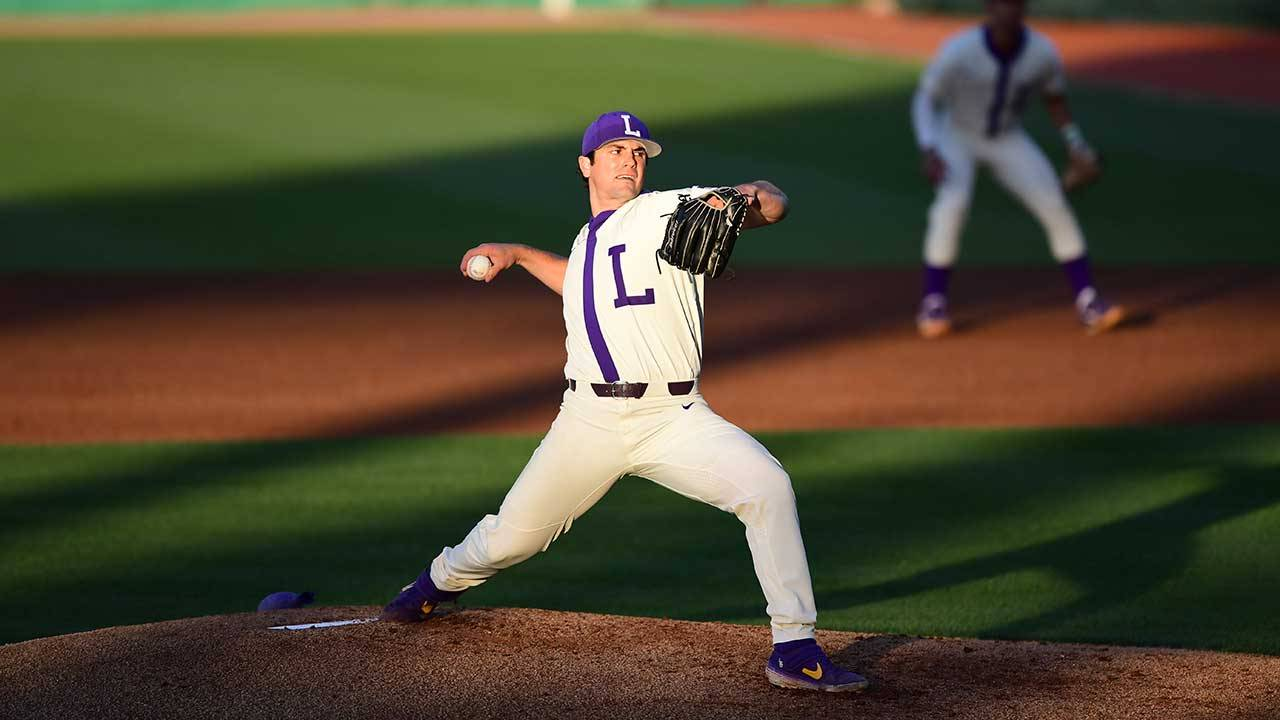 LSU will return to action Wednesday at 6 p.m. CT for a home game with South Alabama. The game will be streamed on SEC Network +, and fans can listen to the contest on the LSU Sports Radio Network.

“From a pitching standpoint, it couldn’t have gone any better than it did tonight,” said LSU coach Paul Mainieri. “You’ve got to give a lot of credit to Clay Moffitt for his outing, and we played good defense behind all of our pitchers. To get a shutout with Clay, Rye and Will was fantastic.

“Offensively, we let a couple of opportunities get away from us in the first couple of innings, and we left entirely too many runners on base. We did have some big hits, though, including a home run by (shortstop) Josh Smith. We did enough at the plate to win tonight, but if our pitching wasn’t so good, it could have been a much different ball game.”

Right fielder Antoine Duplantis singled to right to start the game for LSU. Duplantis moved to second on a throwing error and then advanced to the third on a base hit by Smith. Third baseman Chris Reid grounded out to first base, but Duplantis was able to score and give the Tigers the 1-0 lead.

With the bases loaded in the bottom of the third, left fielder Giovanni DiGiacomo drew the walk and allowed center fielder Zach Watson to score.
Designated hitter Cade Beloso singled to bring Reid home. Catcher Brock Mathis then sailed a ball to deep center field for a two-RBI sacrifice fly, as first baseman CJ Willis and DiGiacomo scored to give the Tigers a 5-0 advantage.

With two outs in the third, Smith sent a three-run shot into the right field bleachers, giving the Tigers an 8-0 lead.

Beloso slapped a RBI single to right center that scored Saul Garza in the eighth, increasing the advantage to 9-0.

Gunter, freshman right-hander, took the mound to start the sixth inning, and he tossed two innings, allowing one hit with one strikeout.