by Aaron Hyder
Battle on the Bayou - Meet Schedule +0 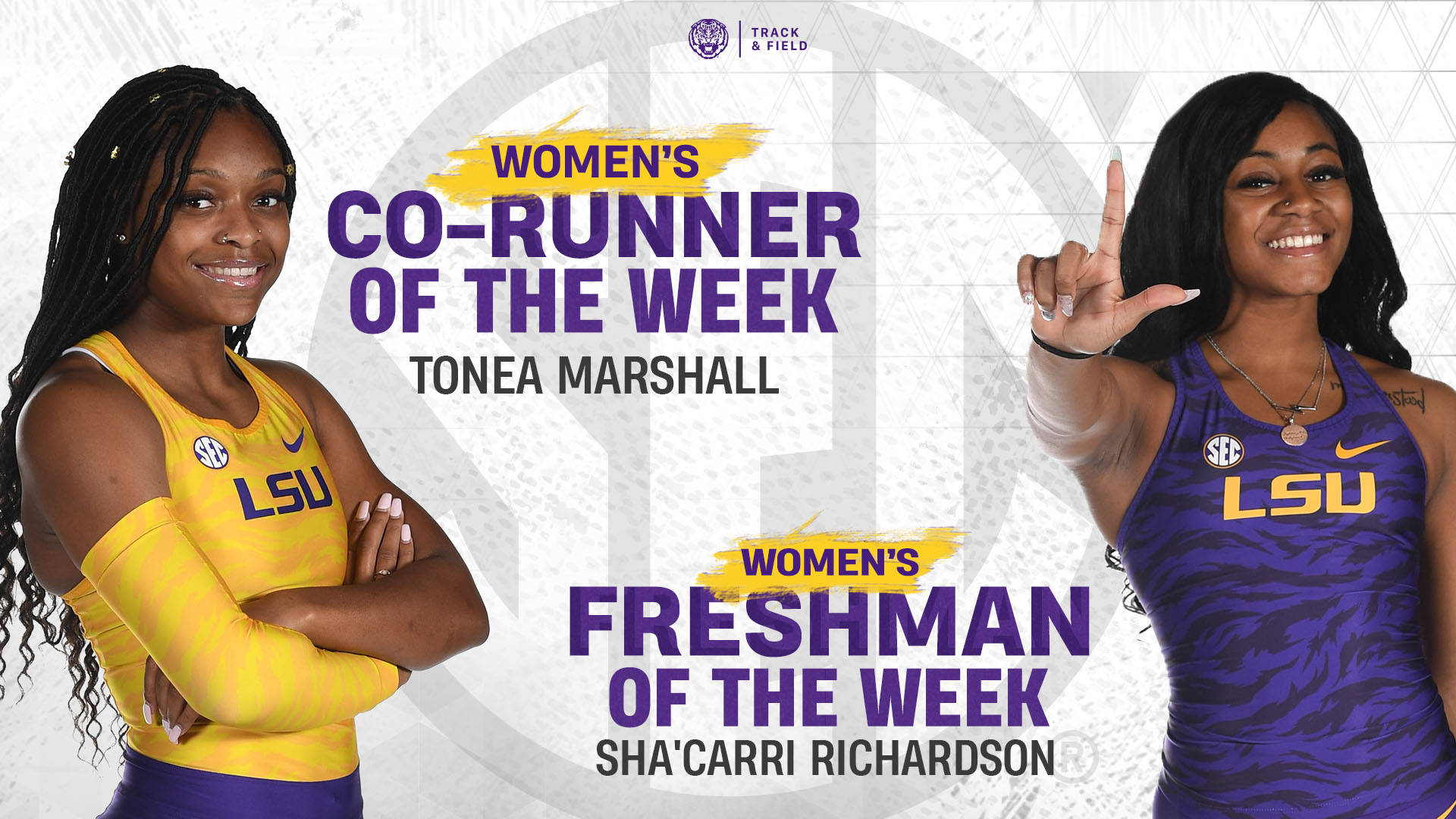 Baton Rouge, La. – Tonea Marshall (Women’s Co-Runner of the Week) and Sha’Carri Richardson (Women’s Freshman of the Week) have been awarded with SEC honors following their performances at the Texas Relays.

Richardson turned right around and won the 100 meter dash race with a blazing wind-aided time of 10.91 seconds. Her wind-aided 10.91 was the fastest in NCAA history by a freshman, and the eighth-fastest wind-aided time overall in collegiate history. The 10.91 also ranks as the third fastest all-conditions time in world history by a U20 athlete and is an American junior all-conditions record. Richardson clocked a NCAA wind-legal time of 11.17 in the prelims to rank third on the national level.

Marshall opened up her junior campaign in the 100 meter hurdles with a wind-legal 12.96 to edge Arkansas’ Janeek Brown by one hundredth of a second. The time of 12.96 by Marshall is a NCAA and world lead.