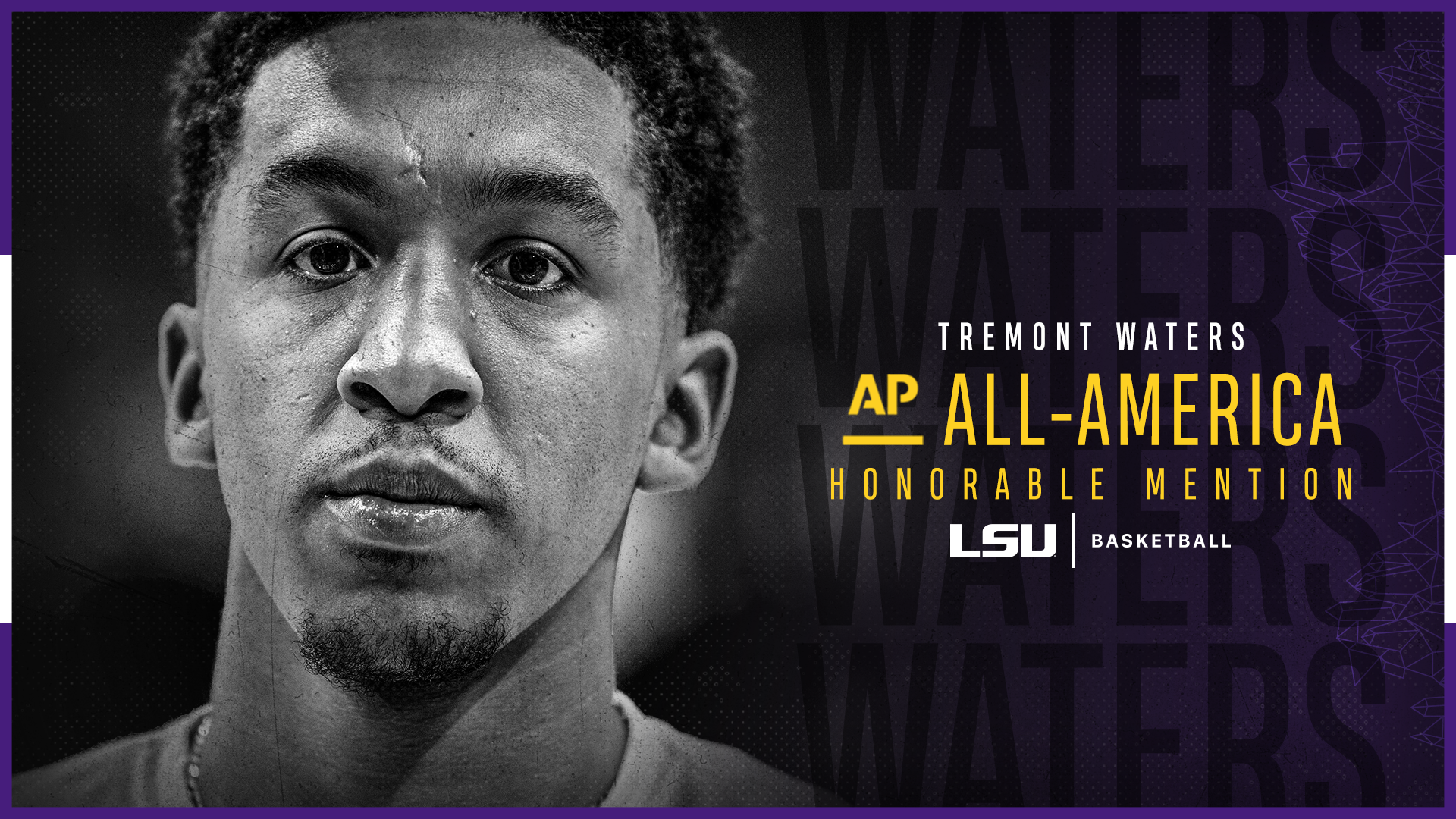 Waters, a first-team All-SEC selection and the league’s Co-Defensive Player of the Year, led LSU to the Southeastern Conference championship, the NCAA Sweet 16 and a 28-7 record. The Tigers were 9-0 on the road in the league, won 16 league games and finished with the second most wins in school history.

Waters averaged a team best 15.3 points a game with 56 treys. He averaged 5.8 assists per game and 2.91 steals with a 1.68 assist-to-turnover ratio. The New Haven, Connecticut native is tied for the lead league in assists average and in leading the SEC in steals average, set an LSU record with a total of 96 steals.

Waters was one of five players from the SEC to be listed on the AP All-America squad with Grant Williams of Tennessee (first team), PJ Washington of Kentucky (third team) and other HMs Daniel Gafford of Arkansas and Admiral Schofield of Tennessee.