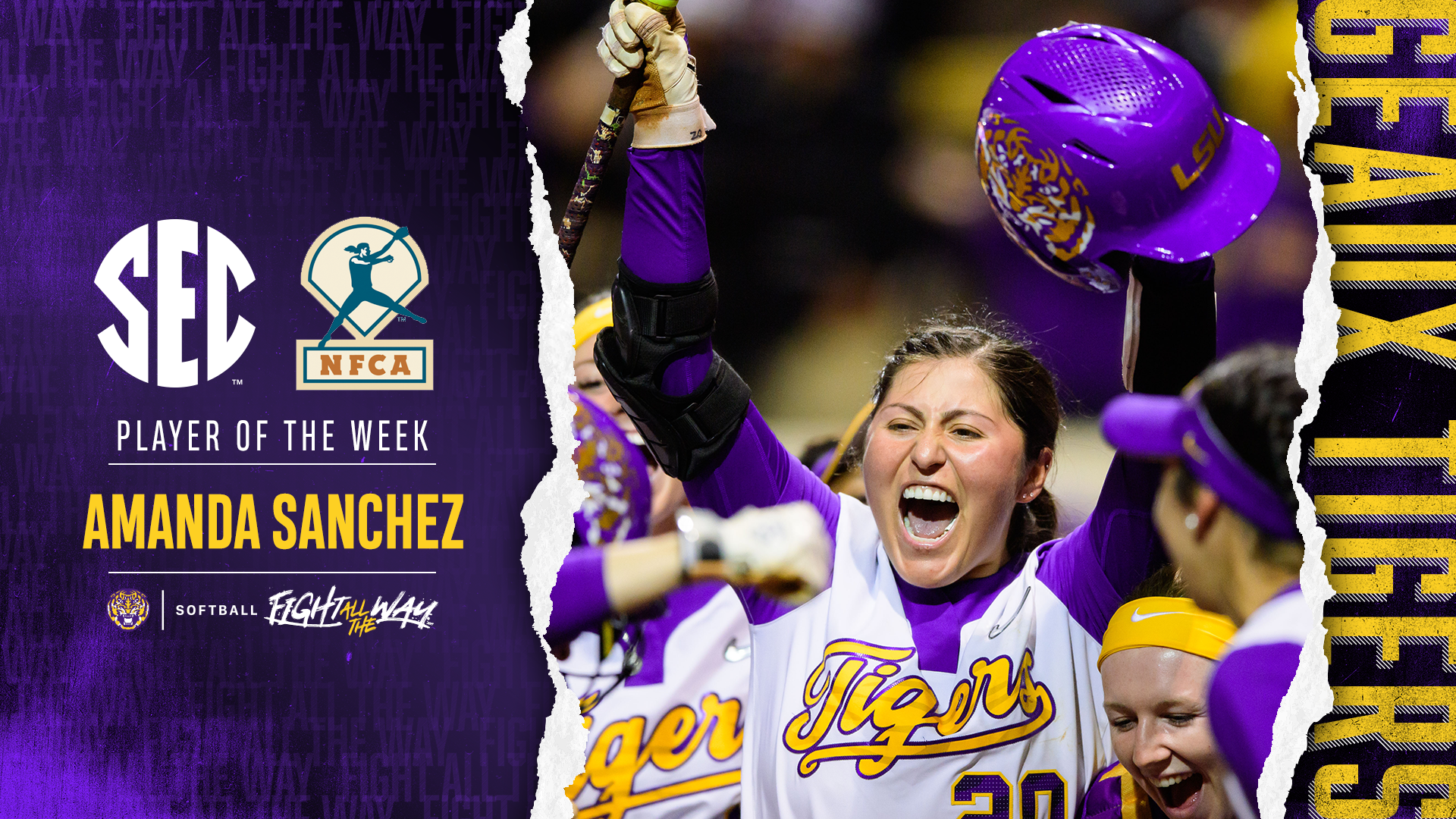 BATON ROUGE – After an outstanding performance at the plate over last week, senior third baseman Amanda Sanchez has picked up SEC and Louisville Slugger/NFCA Weekly Honors, her second league weekly honor and first NFCA honor of her career. Sanchez has also been named LSWA Hitter of the Week for the second time this season.

Sanchez is the fourth player in program history to earn two SEC Player of the Week honors in the same season and fifth player to earn SEC and NFCA in the same week.

The West Covina, California native hit .700 on the week with four extra base hits, including two home runs in Sunday’s run-rule of No. 16 South Carolina. She hit a solo shot in the first inning to tie the game up 1-1 and then hit a grand slam in the fourth inning to extend the Tigers’ lead to 7-1.

At third base, she did not commit an error on the week and finished with nine assists and four putouts.

The senior is hitting .505 on the season with is ranked third in the nation and first in the SEC. She has a total of 15 doubles on the year which is also third among the country and first among the league.

The Tigers (31-7, 9-3 SEC) are on the road this weekend, heading to Mississippi State for a three-game series. The series opens up on Friday at 6 p.m. on SEC Network+. Saturday and Sunday’s games will air live on ESPNU at 5 p.m. and 3 p.m., respectively.