Eric Walker is Fearless on the Mound 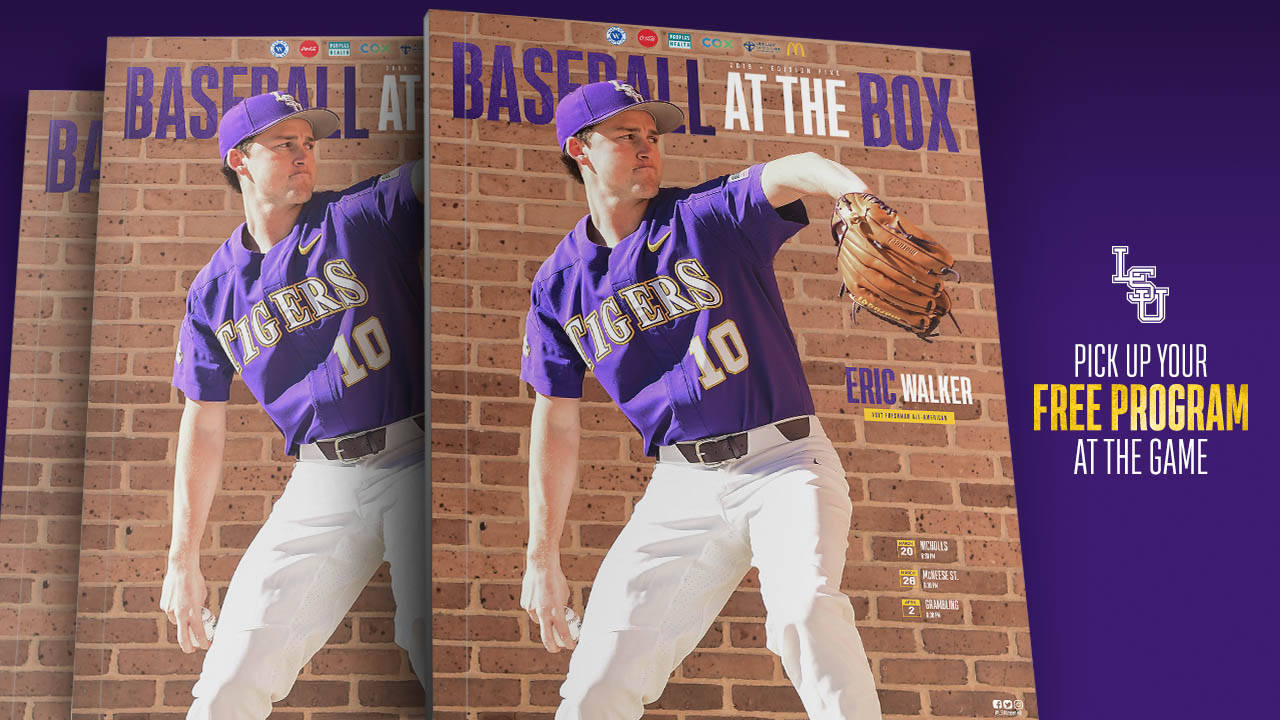 Put him on the biggest stage, and he is ready to go. In fact, he usually channels that energy into some of his most successful outings.

One week later, Walker blanked Rice in the Baton Rouge Regional over eight innings. He allowed seven hits and tied his career-high with eight strikeouts in front of 10,639 roaring fans on a muggy Sunday night to propel LSU into the Super Regionals, two wins away from a berth in the College World Series.

“I wanted to face the biggest pressure that I can,” Walker emphasized. “I wanted to pitch in the biggest environment in front of the best fans in college baseball. LSU gave me the most chance to get better, develop my game and take on the biggest challenges. At the end of the day, I knew if I couldn’t succeed here, I didn’t need to be playing baseball. I wanted to test myself.”

He learned how to channel that energy into success in high school playing quarterback at one of the largest schools in Texas, Arlington Martin High.

Walker’s first love was football. He had a lot of knowledge under center. His size was the only thing holding him back from playing on the collegiate level –  5-foot-10, 170 pounds was not going to cut it.

In the spring of 2013 after committing to play baseball at LSU, Walker was working to earn a spot on the football varsity squad after his freshman season. He had football third period and would work out then.

After school, when he had baseball practice, he would throw quickly and get his arm care in to ensure he stayed healthy between games on Tuesdays and Fridays before his baseball coach allowed him to go to football practice and put on the pads to compete for the starting job. Post-practice, he would head to the weight room for his second lift of the day.

“It definitely took a lot of passion to do that,” Walker explained. “I approached it differently because I loved playing football.”

He earned the title of QB1 his sophomore season and played in front of some of the largest crowds in Texas high school history. He knew his days on the gridiron were numberrd, but while he still had a chance to command an offense, he wanted to take advantage of it.

Fast forward to October 3, 2014, Walker was playing a game against a district opponent and his ankle broke during his junior season.

Six weeks later, Walker calmly walked into head coach Bob Wager’s office the Tuesday prior to the regional round of playoffs.

“I’m going to play this week.”

That’s all Walker told Wager, and he was on the field practicing that afternoon. He had a gut feeling that he was ready to play and had to convince his parents that he was able to compete in the biggest game of his career.

Walker knew Allen High School’s 39-game win streak was on the line, and he wanted defeat future Heisman Trophy Winner Kyler Murray. Physically, he felt up to the challenge and was cleared to play in front of a wild crowd in the neutral site of Apogee Stadium at the University of North Texas.

After splitting series in the first half, Wager handed the offense over to Walker in the second half, and with three minutes left to go, the Warriors were driving. They had controlled the run game, converted fourth downs and scored on special teams, but the luck ran out, and Walker’s team was stopped on 4th-and-2 and mere minutes to go to end the season.

Walker finished the night completing 18-of-31 passes for 260 yards and two touchdowns. He was back.

Walker missed the 2018 LSU baseball season after undergoing Tommy John surgery in the summer of 2017, and in his first appearance back on the mound for the Tigers, he entered from the bullpen to a standing ovation on 2019 Opening Night, blanking UL-Monroe over two innings of work. Walker was back just like that night he returned to the football field on November 28, 2014.

“I never let the moment get too big for me,” Walker explained. “I was in the biggest division of high schools in Texas. I play baseball in front of the most fans in college baseball. You can’t be afraid to fail. You just have to put it all out on the line and accept what happens. I know I can walk off the mound each time knowing I put my heart out there.”