Beach Volleyball is BASF Team of the Month 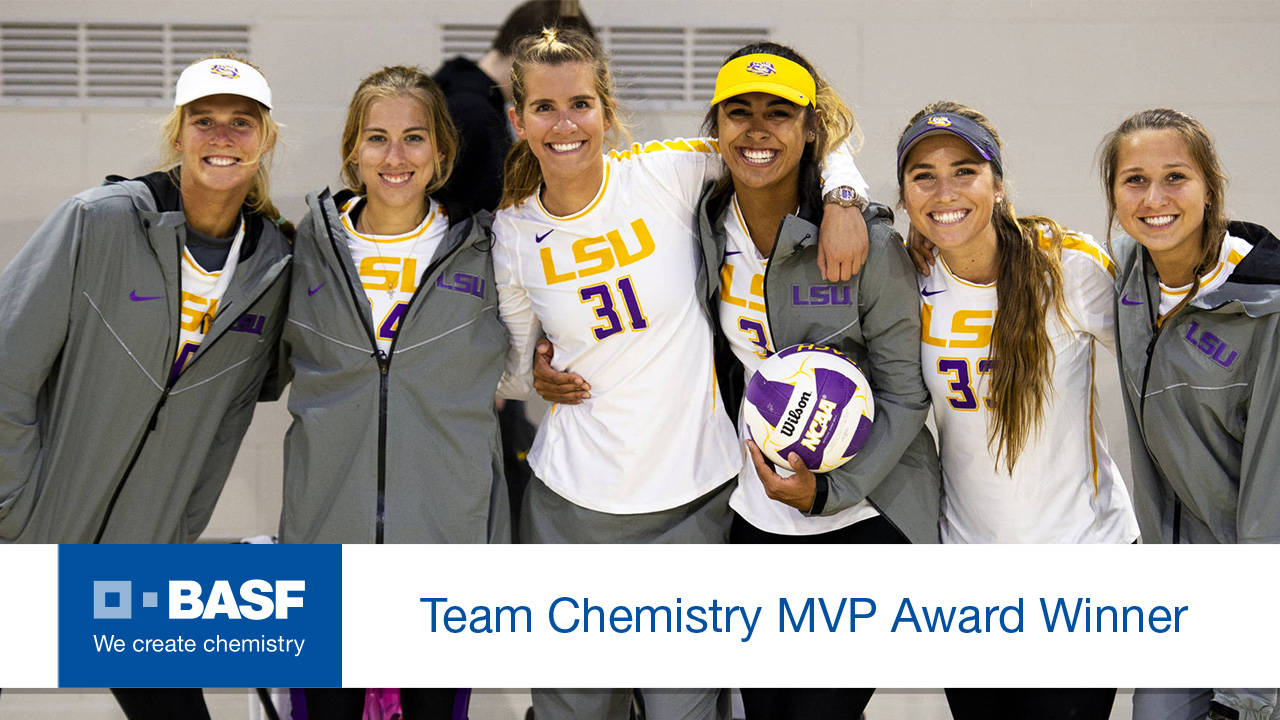 Baton Rouge, La. – The LSU beach volleyball squad played its way to a 13-5 record in the month of March on their way to earning BASF Team of the Month honors.

Of those 13 wins in the month of March, eight came against top-20 opponents. Most recently, the Tigers travelled to Miami, Fla., for the FIU Surf and Turf Invitational and notched four top-20 wins en route to going 4-1 on the weekend. LSU defeated No. 10 Stetson by a tally of 3-2 on Friday afternoon before closing out the first day of the tournament with a 4-1 win against the host, No. 8 FIU. They turned around and defeated No. 16 Grand Canyon 4-1 and No. 15 Florida Atlantic 3-2 on Saturday to push their win streak to four straight.

The following weekend, LSU hosted the Tiger Beach Challenge and won all four matches they played against North Florida (5-0), Tulane (5-0), No. 19 Georgia State (4-1) and Southern Miss (4-1). The Tigers have opened up the LSU Beach Volleyball Stadium with a perfect 5-0 record in five matches.

The two highest ranked wins of the month came out in California at the East Meets West Invitational. Playing in an absolutely stacked field against four of the top five teams in the country, the Tigers pulled off upsets against No. 3 Pepperdine on March 9, and then followed that up with an upset of fifth-ranked Hawaii. Against Pepperdine, wins from Claire Coppola/Kristen Nuss (Court 1), Taryn Kloth/Maddie Ligon (Court 4) and Allison Coens/Hunter Domanski (Court 5) propelled LSU to the 3-2 victory. The following day, the exact three pairs were victorious again to give LSU the win over Hawaii by a tally of 3-2.

LSU has been led all season long by the duo of Coppola and Nuss; the twosome owns a record of 15-2 and have played all their matches this season on Court 1. Coppola and Nuss are winners of their last six matches and eight out of their last 10. The Tigers host the LSU Beach Invitational this coming weekend and will play matches against Texas A&M-Kingsville and South Carolina on Saturday (April 6) before facing off against TCU and Houston Baptist on Sunday, April 7.