LSU Run-Rules No. 16 South Carolina to Claim the Series 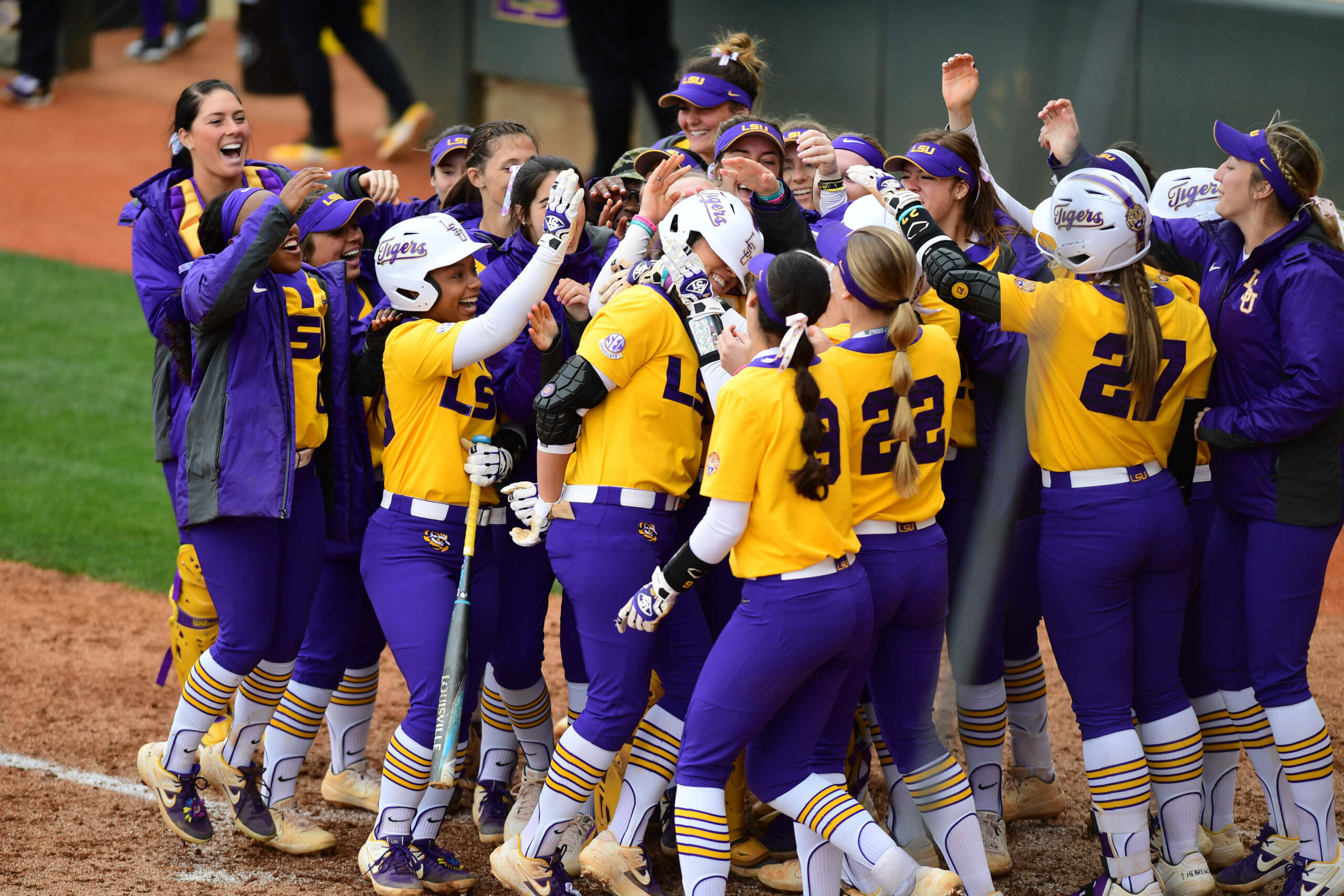 The South Carolina Gamecocks got on the board first at the start of the game, scoring one run. With one out in the bottom of the inning, Amanda Sanchez stepped up to the plate and hit her sixth dinger on the season and second of the series, tying up the game 1-1.

After two scoreless innings, the Tigers put two more runs on the board in the bottom of the fourth to take the lead. Shemiah Sanchez reached on an error by the right fielder, followed by a two-run homer to right center from Elyse Thornhill. Georgia Clark reached on a walk, and Savannah Stewart and Andrews both singled to second base. With two outs and bases loaded, Amanda Sanchez hit a grand slam to center field, collecting four RBI for a total of 47 on the year. The Tigers led 7-1 heading into the fifth.

In the bottom of the sixth, Doyle singled to left field and advanced to second on a wild pitch. Taryn Antoine hit an RBI single to center field, but was caught stealing at second. Andrews reached on a throwing error and advanced to third, followed by a walk from Amanda Sanchez. Shelbi Sunseri singled to shortstop, scoring Andrews to end the game, 9-1.

Shelbi Sunseri secured the game in the circle and gets the win. She finished with three strikeouts and improves to 8-4 on the season.

“It’s huge. I think the loss yesterday is a huge deal if we come out and lose today, but things happen in the SEC. It’s a long season and the fact that they’re resilient, saves the weekend and saves the series. It shows that we are a good team, a solid team.”

“Amanda Sanchez was amazing today. The whole time we were just so glad that she is on our team. I thought Shelbi Sunseri did a nice job on the mound. All their hits were followed by outs, and I think that’s good that we were able to stop the bleeding, which was the problem yesterday. We let it all snowball on us. They did get some things, but we were able to get the next out.”

The Tigers will be on the road this weekend for a three-day SEC series at Mississippi State. The game on Friday will be at 6 p.m. and will stream live on SECN+.