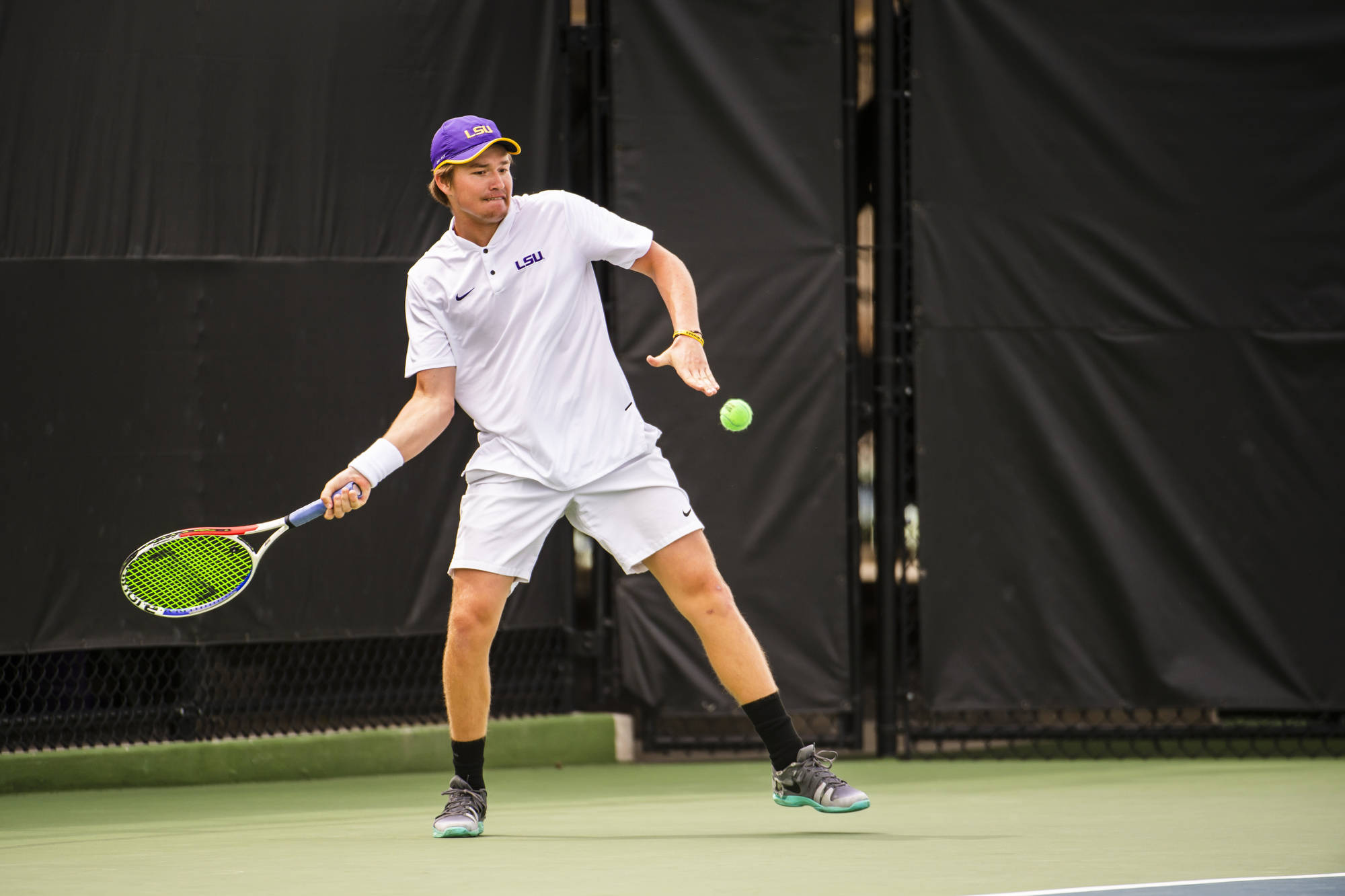 Columbia, SC. – Freshman Boris Kozlov and sophomore Malik Bhatnagar earned their third singles win in SEC play as the LSU men’s tennis team fell to No. 18 South Carolina by a score of 5-2.

“We had chances in doubles and singles, but on the road in the SEC, if you don’t capitalize on opportunities you get beat. South Carolina handled the momentum better than we did and deserved to win.”

South Carolina secured wins at the No. 1 and No. 3 doubles to clinch the doubles point.

The No. 63-ranked duo of Paul Jubb and Raphael Lambling defeated freshman Daniel Moreno and senior Shane Monroe, 6-3 at the No. 1 doubles.

Beau Pelletier and Daniel Rodrigues clinched the doubles point for the Gamecocks with a 7-6(8) win over Kozlov and freshman Nick Watson at the No. 3 doubles

The No. 51 ranked duo of junior Rafael Wagner and sophomore Joey Thomas earned a 6-4 victory at the No. 2 doubles against Jake Beasley and Joseph Brailovsky.

Kozlov notched the first win in singles play with a 6-3, 6-2 win against Lambling at the No. 3 singles and tied the score back up, 1-1.

Bhatnagar recorded the second singles win of the night for the Tigers in a 6-4, 6-4 win against Brailovsky at the No. 4 singles.

Pelletier clinched the match for the Gamecocks at the No. 5 singles in a three set match against Thomas. Pelletier won the first set 6-4 before Thomas equalized by winning the second set 6-1. Pelletier won the third set 6-3 to take the decisive point.

The Tigers will head to Nashville for a matchup with Vanderbilt on Thursday, April 4 at 2 p.m. CT.