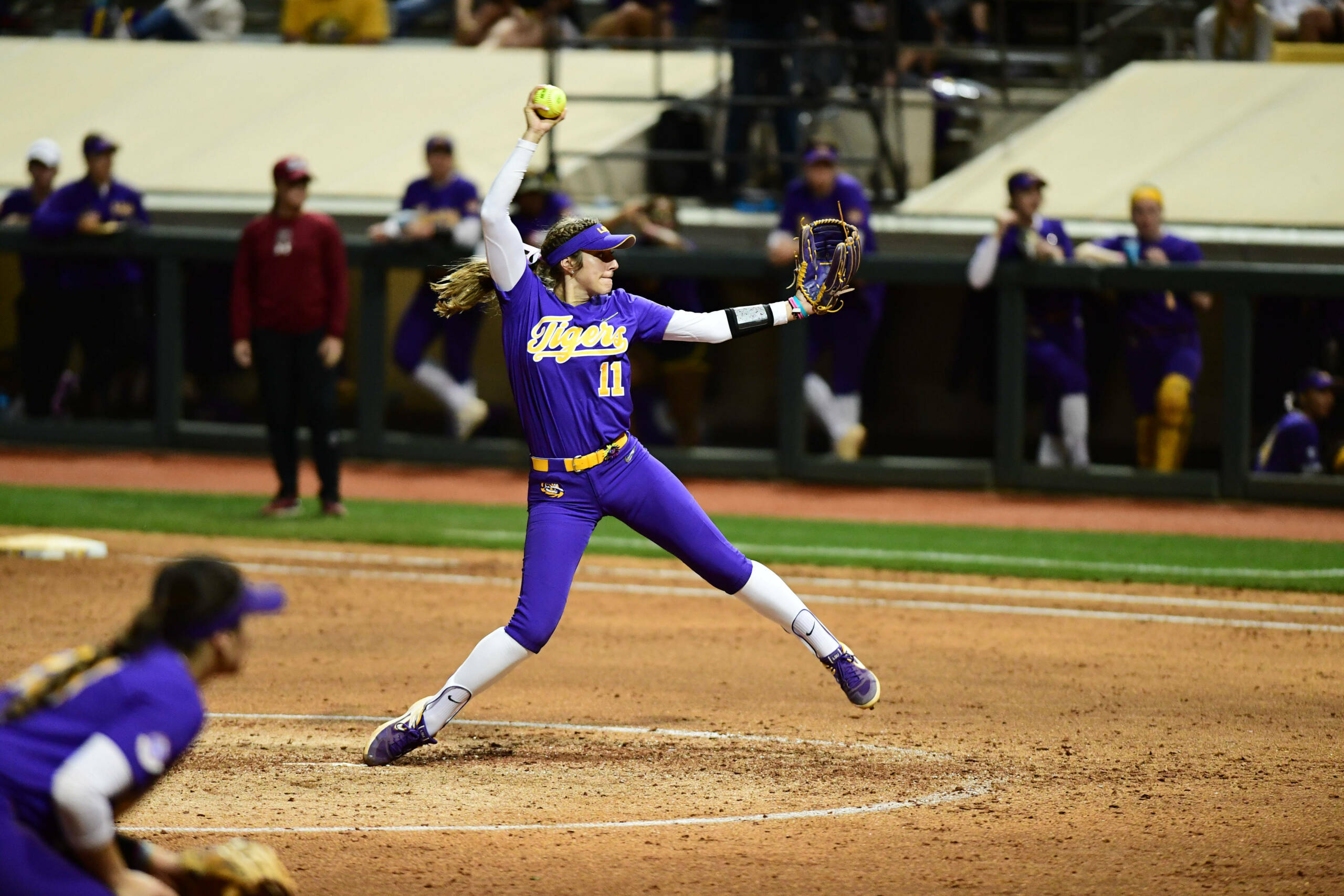 LSU was quick to put runs on the board in the bottom of the first inning. Aliyah Andrews singled to second base and advanced on a throwing error, followed by a walk from Amanda Sanchez. On a 2-2 count, Elyse Thornhill doubled to right center and tallied two RBI to give the Tigers a 2-0 lead on the Gamecocks.

The Gamecocks put up two runs in the top of the second inning to tie up the game 2-2. At the bottom of the inning, Amanda Doyle singled to shortstop, and both Michaela Schlattman and Savannah Stewart walked. With the bases loaded, Andrews singled through the left side to score Doyle. Schlattman also scored on a sacrifice fly from Amanda Sanchez, upping the LSU to 4-2.

South Carolina scored four runs in the top of the third to take a 6-4 lead. After three scoreless innings for the Tigers, Amanda Sanchez hit her fifth dinger on the year to left center. LSU trailed South Carolina 6-5 heading into the seventh.

In the seventh, the Gamecocks scored one run in the top of the inning, giving them a 7-5 lead on the Tigers.

Ali Kilponen took the loss in the circle and falls to 5-2 on the year. She finished with two strikeouts, which she got with the first and third South Carolina batters at the start of the game. Shelby Wickersham came in to pitch 4.2 innings and finished with one strikeout on the game.

On what was different in South Carolina from yesterday to today…

“I think South Carolina did a good job. We gave too many free passes and gave them too many opportunities. There were just a lot of issues tonight.“

The Tigers will be back in action against No. 16 South Carolina on Sunday at 1 p.m. in Tiger Park. The game will stream live on SECN+.