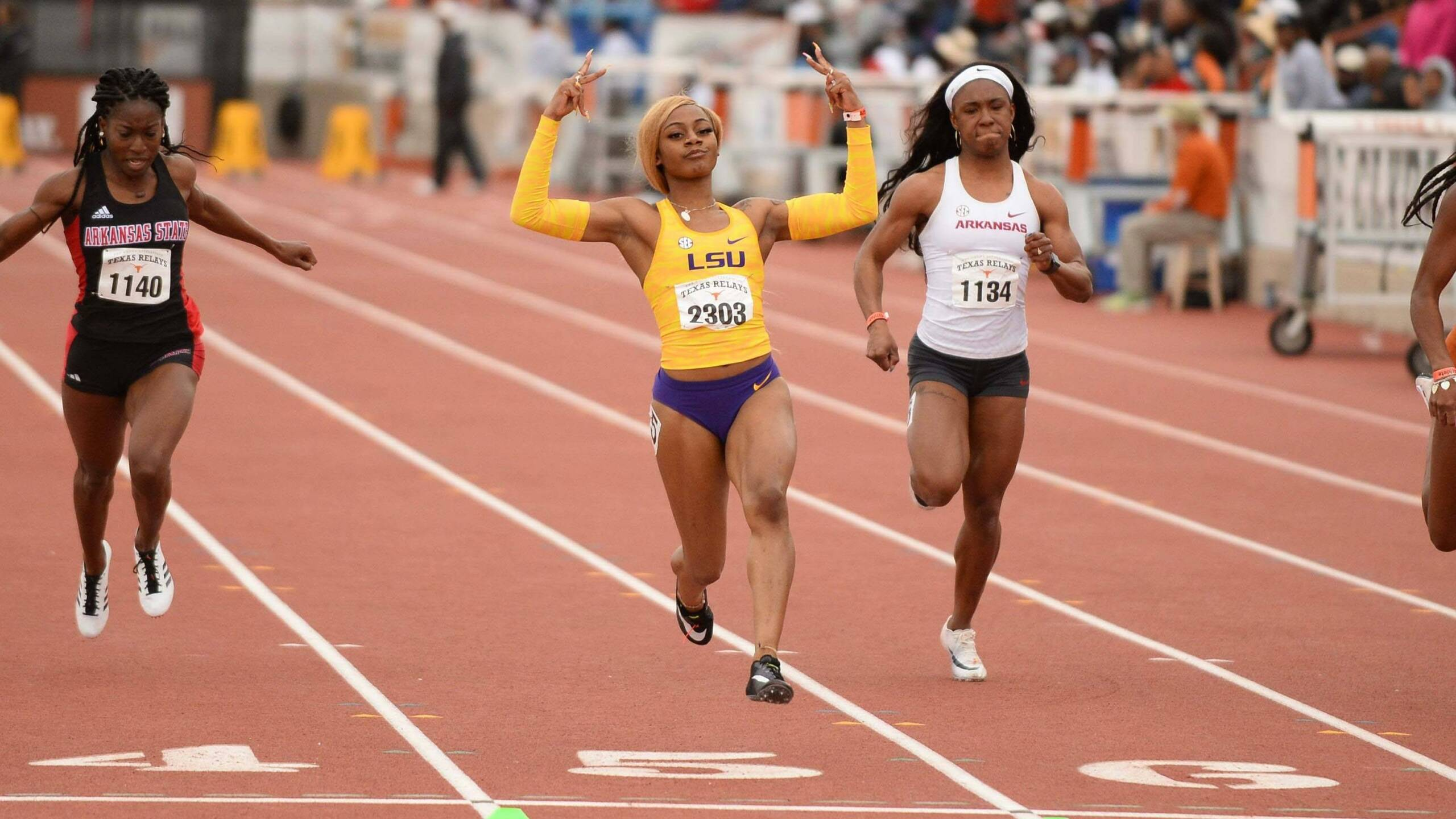 Austin, Texas – Freshman sprinter Sha’Carri Richardson ran a wind-aided 10.91 on Saturday afternoon at the Texas Relays to claim the University title in the 100 meters at the Mike A. Myers Stadium. The time of 10.91 seconds is a world lead in 2019 and it’s the third-fastest all-conditions time ever run by a U20 athlete in world history.

Richardson, who won eight Texas state titles as a prep star out of Dallas, cruised down the straightaway in front of a crowd of over more than 20,000 people on the way to her first sub-11 100 meter dash of her career. Nobody was even in the same realm as Richardson on Saturday as she won her race by a quarter of a second. Not only did Richardson win her race, but her time of 10.91 would have been good enough to win the invitational 100 meter dash that featured professionals and Olympians.

“It’s an honor to come home and represent my team, myself, and my family at the place that started it all for my career,” Richardson noted. “I’m truly blessed.”

The LSU women’s and men’s 4×100 meter relays swept titles at the Texas Relays for the third time in program history with two wins on Saturday. LSU also achieved the feat in 1995 and 2004. It got off to a raucous start with Jaron Flournoy running down Houston’s anchor leg in the final straightaway to claim the victory with the fifth-fastest time in program history, a 38.41. Akanni Hislop served as the anchor leg before passing to Kary Vincent Jr., who then passed the baton off to Dylan Peebles. Flournoy got the stick for the final leg and trailed by 10 meters. The senior from Detroit, Mich., turned on the afterburners and chased down the title. Houston checked in with a 38.45.

Less than five minutes after that, Richardson did the same exact thing to Arkansas’ anchor leg. Tonea Marshall got the relay started and passed off to Ariyonna Augustine. The Lady Tigers built up an impressive lead as Rachel Misher carried the baton for the third leg of the race, but a bit of a mishap between Misher and Richardson dropped LSU back to second. Richardson, just like Flournoy, was about 10 meters behind the leader when she got the stick. What made Richardson’s chase down even more impressive was that she almost came to a complete stop in the exchange and was still able to run down the Arkansas’ sprinter for a winning time of 43.58, .04 seconds ahead of the Razorbacks.

The men’s 4×200 meter squad of Akanni Hislop, Dylan Peebles, Correion Mosby and Jaron Flournoy clocked a time of 1:21.47 to garner silver and register the 8th fastest time in LSU history.

Other Saturday Results of Note: