No. 21 Women's Tennis Set to Take on No. 4 South Carolina 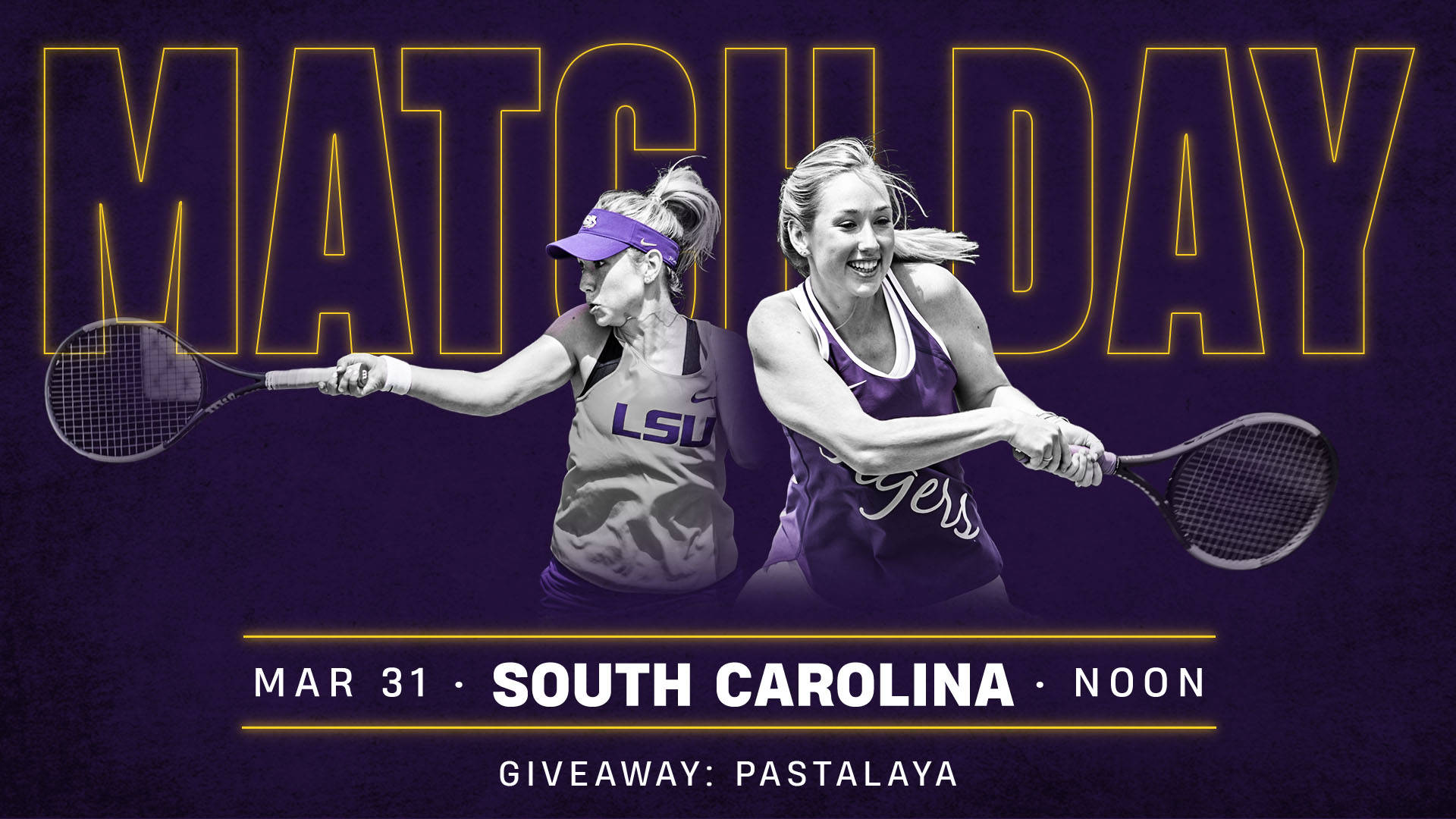 BATON ROUGE – The No. 21 LSU women’s tennis team will conclude the weekend by taking on No. 4 South Carolina at noon CT on Sunday, March 31, at the LSU Tennis Complex.

Admission to all matches at the LSU Tennis Complex is free and fans will be treated to a bowl of pastalaya for attending Sunday’s match.

The Gamecocks have a 23-6 series lead over the Tigers. When the teams met last season at the Carolina Tennis Center, South Carolina emerged victorious by a score of 4-1. Sophomore Eden Richardson earned LSU’s lone point in singles, defeating her opponent in straight sets, 6-3, 6-2.

The Tigers are 14-7 overall and 4-5 in SEC play on the season following Friday’s heartbreaking loss to No. 31 Florida in a close 4-3 match at the LSU Tennis Complex.

No. 60-ranked senior Jessica Golovin earned her sixth win against a ranked opponent, and fourth against a top-50 opponent this season, when she defeated McCartney Kessler in straight sets, 7-5, 6-1. Sophomore Taylor Bridges earned her 14th win of the dual season in a grinding three-set match against Victoria Emma.

In doubles, the No. 10-ranked duo of Richardson and Golovin lead the Tigers at the No. 1 doubles with a 12-4 record in the dual season. The No. 2 doubles pair of junior Paris Corley and freshman Anna Loughlan are on a three-match winning streak.

Notes on the Gamecocks

South Carolina is ranked No. 4 in the ITA/Oracle team polls and is 13-3 overall and 8-1 in SEC play this season.

In singles, South Carolina is led by the No. 7 ranked Gamarra Martins and No. 37 Paige Cline. Martins has a solid 8-2 record at the No. 1 in the dual season, while Cline has a 7-3 record and is currently on a four-match winning streak.

In doubles, the ITA/Oracle No. 1 duo of Martins and Mia Horvit lead the team with nine wins in the dual season, including seven over ranked opponents.