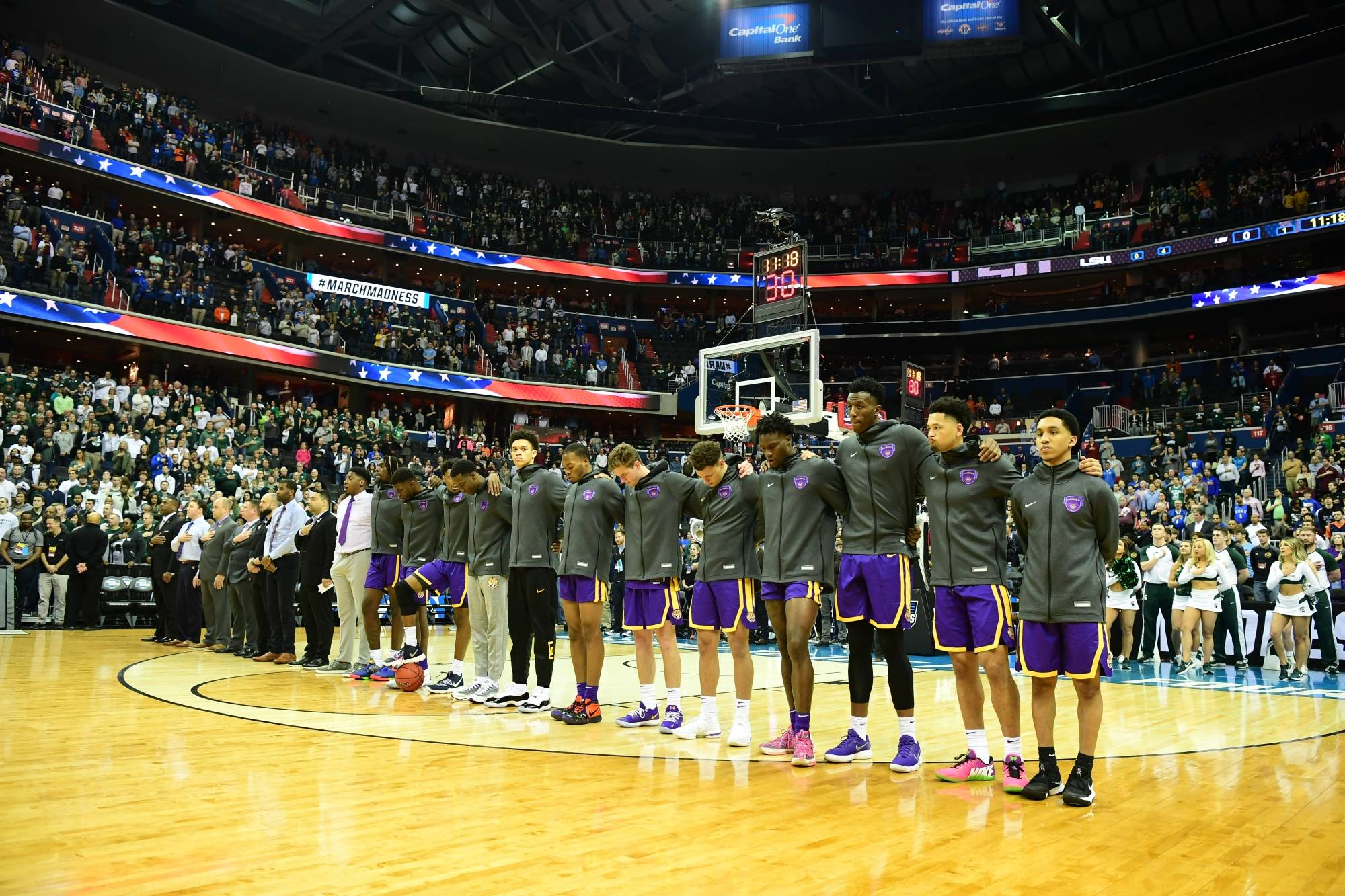 WASHINGTON – Here is Skylar Mays, in an unfamiliar locker and overwhelmed by unfamiliar emotions, contemplating the permanent and the temporary.

After a loss like Friday’s, an 80-63 defeat to Michigan State to end LSU’s season in the Sweet 16, it’s easy to confuse the two. They easily entangle, like loose headphones in a pocket. It takes monumental perspective to tell one from the other, particularly just moments after a dream comes crashing down.

But if anyone has that perspective, it is Mays, the junior guard who has gone through hell and back this season.

The pain he feels right now? Temporary – at least to this degree. Losing always stings, and all the more when it ends a season. Like the ache in his muscles after long summer workouts, this pain will fade and give way to a new strength.

“It’s tough,” Mays says, straining, “to see everybody every day since June, and now everyone goes their separate ways for a little bit.”

The pride he feels right now? Permanent. It is the product of unprecedented hard work yielding unprecedented results. The Tigers’ 28 wins rank second-most in school history. Their SEC championship is the 11th ever for the program and pushes LSU into second all-time in conference titles. They became the first LSU team ever to finish the season undefeated in road SEC games, a perfect 9-0 mark.

“I think we proved a ton to ourselves,” Mays says. “It hurts right now, but I think everybody should be proud of themselves, of how we’ve grown, how they contributed to this team.”

Will Friday’s mistakes haunt him? Not for long, relatively speaking. Michigan State bombarded the Tigers with three pointers (13-of-32, 41%) and rebounds (41 to LSU’s 34), the former of which has been an Achilles heel for LSU all season and the latter of which has been a cornerstone.

Friday’s highlights will linger for a while, but they, too, will likely fade over time. Tremont Waters scored 23 points and, in a stretch spanning the first and second halves, ran off a one-man 10-run to cut Michigan State’s lead, once as large as 17, to just four points.

It was a comeback typical of the Tigers’ season, a fight against adversity to, against all odds, find themselves within striking distance of an Elite Eight, and it was fueled by the same mindset that pushed them past improbable odds and unparalleled hardship all year long.

“Obviously at halftime we were down 12, to be exact,” Waters says. “We kind of just came together in the locker room. The coaching staff and the players.”

That bond? That’s permanent, too. Teams inherently breed closeness, especially good ones. Enter the battlefield enough times together, and leave it successfully more often than not, and it’s likely to transform friendship into brotherhood.

But the battlefields LSU took in 2018-19 transform brotherhood into something beyond that. They didn’t deal with just injury, roster attrition, or outside noise – though they dealt with all of those things, and in spades, too.

They dealt with actual tragedy. They went to sleep one night in September and woke up the next morning short one family member, the most permanent of losses.

The pain of losing Wayde Sims will never fade, but neither will the memory of Wayde’s work ethic, his smile, his determination. His imprint and his spirit are eternal, Forever 44, and LSU will never take the floor again without its sixth man smiling down from above.

“It’s been about Wayde this entire year,” coach Tony Benford says. “And it will be. I told these guys, the rest of their life, they’ll never forget Wayde Sims.”

That’s legacy, and there’s nothing temporary about it. That’s family, and family is everlasting.

“People preach family,” Waters says. “I feel like this is really a family. Obviously, we’ve been through a lot, losing our head coach, losing Wayde Sims. We understand it’s about us. Everything that’s said about us, off the court or how we play, shouldn’t affect how we play on the court. We understand that we’re doing it for each other.

“That’s the way of our team. As long as we keep that mindset, the sky’s the limit for us.”

We’ve got a team of warriors that never stopped fighting #ForeverLSU  pic.twitter.com/QWSazl5eP6

In the past, the concept of impermanence was a comfort to Mays. There have been seasons – and some not so long ago – that couldn’t have ended sooner.

“I’ve been a part of teams where you kind of want the season to end and get it over with,” he says.  “This is a team, I can honestly say, I loved going to work with them. I loved going through the hard times with these guys.”

He loved going through the good times, too. The Comeback in Columbia. The Tip at Rupp. Taking down Tennessee. Cutting down nets and hitting game-deciding threes in the NCAA Tournament.

Eventually, Mays and his teammates will untangle all the emotions. Time will do it for them. It will wash away the sting of defeat – mostly. But there are things it cannot touch, and what it leaves behind will never fade.

“We’ve been through a lot more than probably every team in college basketball, but we never let that put us down,” Mays says. “We always stayed together. That’s what made us so close

“It’s been a joy to play with all these guys. Watching them grow, seeing how they’ve helped me grow. I’ll cherish all the relationships I’ve made with these guys.