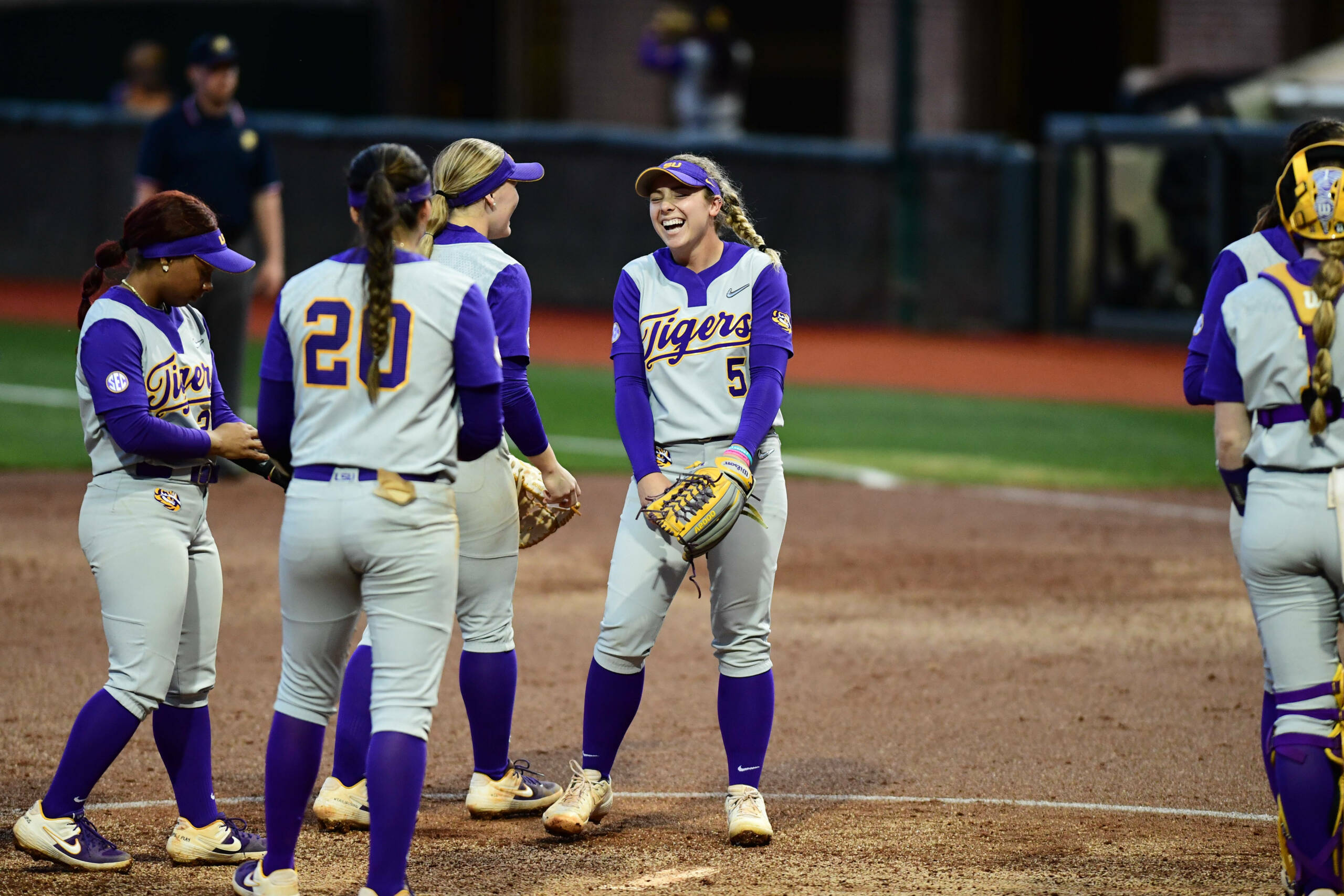 South Carolina got on the board first with two runs in the top of the first inning. The Tigers’ bats came to life in the bottom of the second, starting with Elyse Thornhill reaching on a hit-by-pitch and a single through the left side from Amber Serrett. Amanda Doyle was next up to bat and hit a two-run double to left center to tie up the game, 2-2. Michaela Schlattman reached on a walk, followed by a sacrifice fly from Savannah Stewart to score Doyle and up the LSU lead to 3-2.

With one out in the bottom of the second, Shemiah Sanchez hit her 10th dinger on the season to center field. Serrett hit a double down the left field line, but the Tigers were unable to score again. LSU led South Carolina 4-2 heading into the fourth.

In the bottom of the fourth, Schlattman got on with a walk and advanced to second on a sacrifice bunt from Stewart. Aliyah Andrews singled to the shortstop, followed by an RBI single down the right field line from Amanda Sanchez. With runners on first and third, Shelbi Sunseri fouled out to right field, but Andrews was able to score, upping the Tiger lead to 6-4.

Morgan Cummins got on base with a single through the right side in the bottom of the fifth, followed by an RBI double to left center from Stewart. Andrews hit a single to the pitcher and then stole second when she had the chance. Amanda Sanchez reached on a hit-by-pitch, and with the bases loaded, Sunseri walked sending Stewart in to score. The Tigers led 8-4 going into the sixth.

Kara Goff gets the win in the circle, finishing with one strikeout in the innings she pitched. She improves to 1-0 on the year. Maribeth Gorsuch started the game and pitched the first 3.2 innings, finishing with one strikeout. Sunseri stepped into the circle in the top of the seventh and ended the game with a strikeout, earning her third save on the season.

On having to face a tough opponent, in South Carolina…

“She did a good job. She had a good performance at Georgia, so putting in the work this week got herself prepared. She was much better for us tonight.”

“We got to do a better job at holding down their offense. We need to play a better first inning and try to limit the runs in the first inning. We’ve got to be ready to play whenever the game starts.”

“That was amazing. It’s literally everything that I have always wanted ever since I was a little kid. I couldn’t have done it without all of my coaches and teammates. Even when I came in from the dugout like all of the love and stuff. You can feel it in the air.”

The Tigers are back in action against the Gamecocks on Saturday at 6 p.m. in Tiger Park. The game will air live on SEC Network.