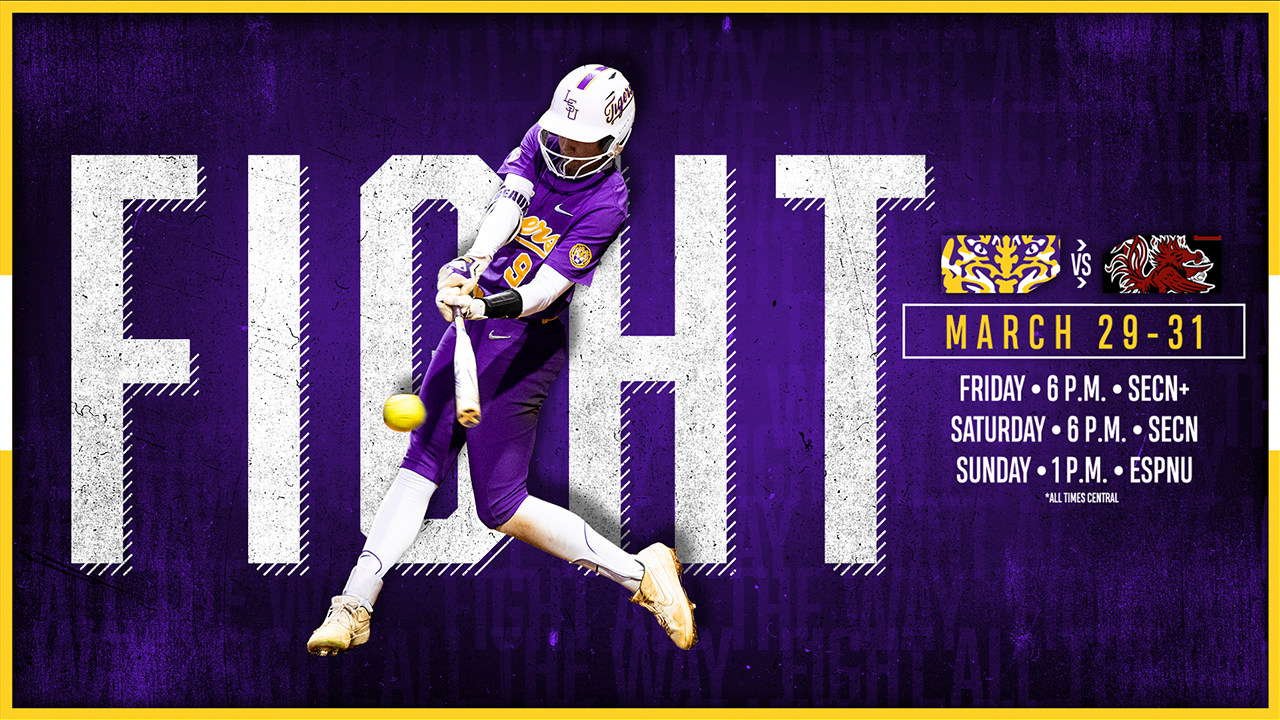 The Tigers are coming off seven-straight wins, most recently off a 12-1 five-inning run-rule over Nicholls Wednesday. Shelby Wickersham picked up the victory to improve to 9-1 on the year.

Amanda Sanchez leads the squad with a .488 batting average and has 15 doubles on the year. Shelbi Sunseri is batting .463 on the year with a team-leading 13 home runs and 88 total bases. As a team, the Tigers are hitting .341 and averaging 8.9 runs per game.

Maribeth Gorsuch leads the pitching staff with an 8-0 record and a 1.65 ERA. She owns four shutouts and has 34 strikeouts on the year. Wickersham is 9-1 with a 1.85 ERA. Sunseri is 7-4 in the circle with a team-leading 42 strikeouts, while Ali Kilponen is 5-1.

Torina’s Thoughts
“South Carolina is good. They have such a deep pitching staff. All of their arms are talented and bring a lot of different looks. They have a scary offense and are better than what they show on paper.”

Scouting the Opposition
South Carolina
The Gamecocks are 24-8 on the year and 2-6 in the conference. As a team, they are hitting .312 with Jana Johns leading the way with a .405 mark. She has seven doubles, two triples and seven home runs on the year to go along with 27 RBI and 66 total bases.

In the circle, the Gamecocks are holding their opponents to 2.88 runs per seven innings and to a .219 batting average at the plate. Karly Heath leads with a 7-0 record and a 2.26 ERA. Dixie Raley is 7-2 and leads the team with 55 strikeouts. Cayla Drotar has seen the most action at 63.2 innings and is 6-4 on the year.

What’s On Deck
The Tigers take a break from midweek action next week and continue with SEC play at Mississippi St. April 5-7 in Starkville.