Big Weekend Ahead for No. 4 Beach in Miami 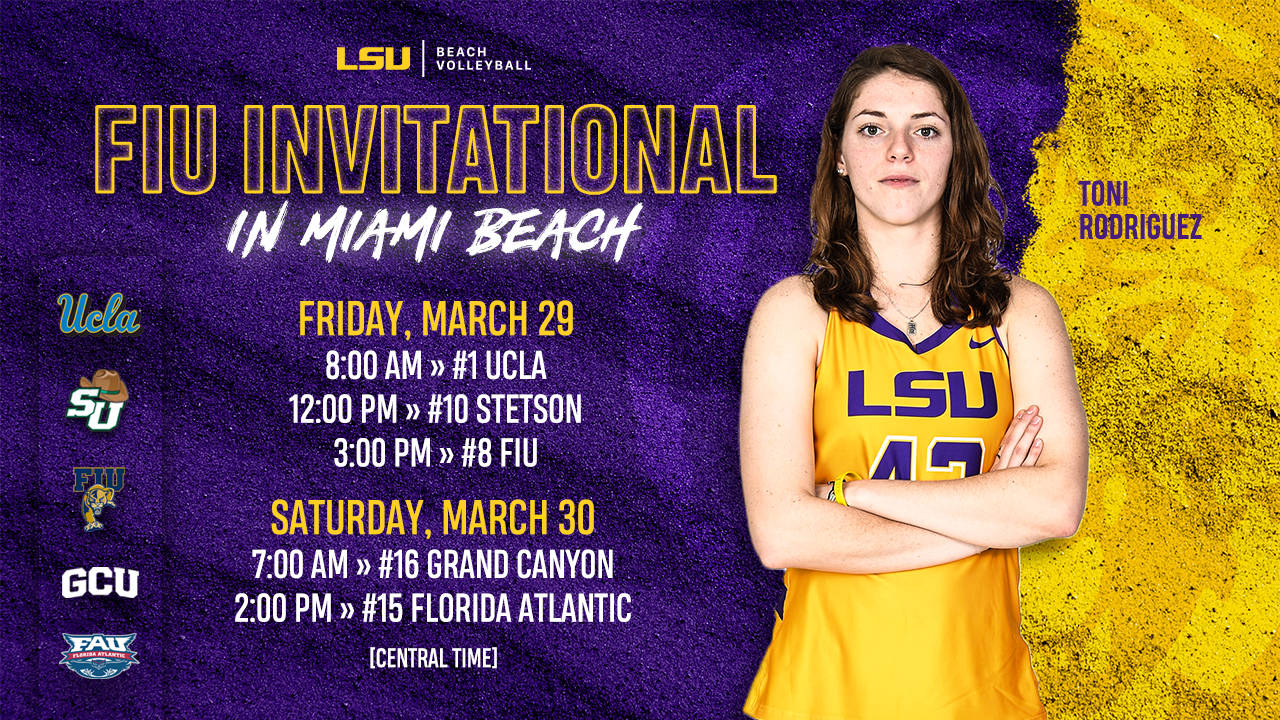 MIAMI – A big weekend awaits the No. 4 LSU Beach Volleyball team (13-4) in Miami as it prepares to face five top-20 teams at the FIU Surf and Turf Invitational.

The Tigers, winners of six straight, will look to take another leap this season after they have already secured seven top-20 wins, including five against top-10 opponents.

“We’ve done a great job this year of playing as well as we need to, to stay on track,” head coach Russell Brock said. “This is just the next opportunity to do that. I’m excited to see us respond to the challenge that’s waiting there for us.”

In practice this week, the Tigers were focused on the task at hand. The Tigers have already competed against two teams that they will play this weekend. LSU defeated FAU on March 1, 3-2, and dropped its match to UCLA on March 9, 4-1. This weekend will be the first time the Tigers see Stetson, FIU or Grand Canyon on the season.

“We have been very clear about the challenge that lies ahead of this weekend,” said Brock, “and the fact that we’ll play some teams that we haven’t played yet and that we may not play again.”

This will likely be the only time that LSU competes against FIU or Grand Canyon this season unless they were to match up again in Gulf Shores at the NCAA Championship. The Tigers could potentially see FIU again at the CCSA Tournament.

With only three weeks left in the regular season, this weekend in Miami against some of the nation’s top teams could prove to be pivotal when it comes to postseason selection.

“It’s a great opportunity to make a statement about who we are and how good we are.” Said Brock.