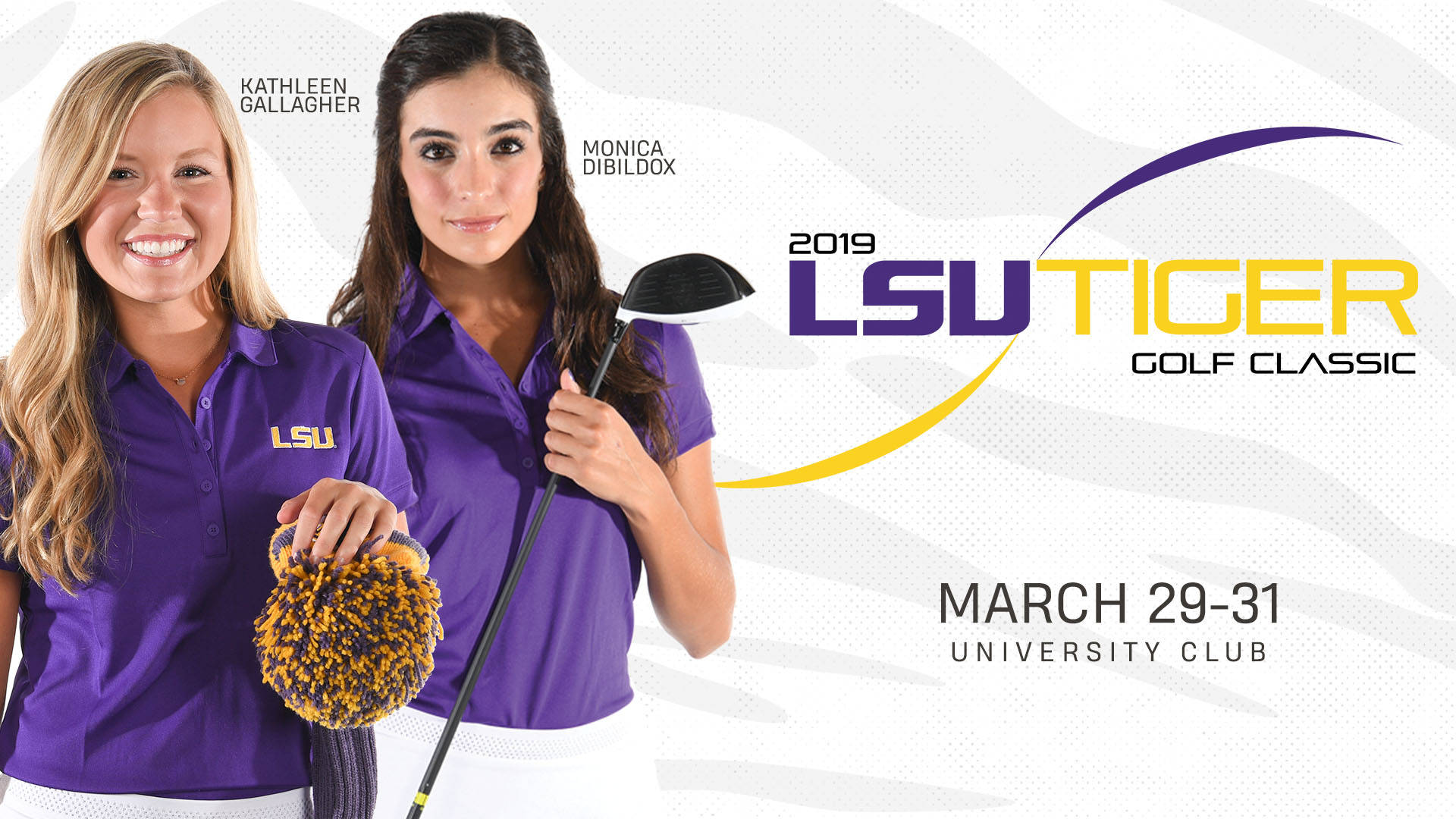 BATON ROUGE, La. – The LSU women’s golf team is hosting the 38th annual LSU Tiger Golf Classic on March 29-31 at The University Club in Baton Rouge. LSU will tee off Friday morning at 8:30 a.m. CT in a pairing with No. 19 TCU and No. 25 Campbell. Admission and parking are free for the tournament.

All nine members of the LSU squad will compete in the home tournament. Kathleen Gallagher, Monica Dibildox, Alden Wallace, Kendall Griffin and Presley Baggett will represent the Tigers in the team scoring. Mary Frances Chauvin, Rivani Sihotang, Page Morehead and Marina Hedlund will compete as individuals. This will be the final home tournament for the three seniors, Gallagher, Hedlund and Morehead.

The team, under the direction of first-year head coach Garrett Runion, is currently averaging 298.78 per round. Runion is excited about what he is seeing out of his young team heading into their home tournament.

“Kathleen was under the weather in our last tournament and it was great to see Kendall come up with her career low and back it up with several good rounds over the last couple of tournaments,” said Runion. “Kendall had a career-best finish and her confidence is really high. It is nice to have that when your senior leaders are struggling. Throughout the course of the year and the course of a tournament you are going to need that to finish well. So that was good to see Kendall continue to play better.

“Presley is our only player to have 100 percent of her scores count in team scoring this season. Everyone else has had at least one round drop, so that shows that she has been very consistent and helped us in every single tournament and every single round. Alden is getting back to the form she had last fall. She is trending in the right direction and has played very steady and consistent.”

* Golfweek has the Tigers ranked No. 51 overall with strength of schedule ranked No. 16 going into this week’s competition.

* Gallagher (Sr.) tied her career low in the first round of the Magnolia Invitational with a 68 and posted her best individual finish of the season.

* Dibildox (Jr.) earned her second top-15 finish of the season at the Magnolia Invitational and has shot par or lower in four of her rounds played this season. She hit a career-low 70 in the first round of the Mason Rudolph Women’s Championship. Dibildox leads the team with a 74.06 scoring average, several strokes down from last season’s average.

* Griffin (So.) shot her career low of 3-under 69 in the first round of the Tar Heel Classic and followed up with a par in the second round, her third round of the season hitting par or lower. It was also her best finish of the season, tied for 9th. She also picked up an ace on October 18 in a practice round at LSU’s home course, the University Club, on Hole No. 8.

* Baggett (Fr.) has had every single round count towards team scoring this season. She shot the best round of her rookie season with a par 72 in the second round of the Magnolia Invitational and had her best finish of the season.