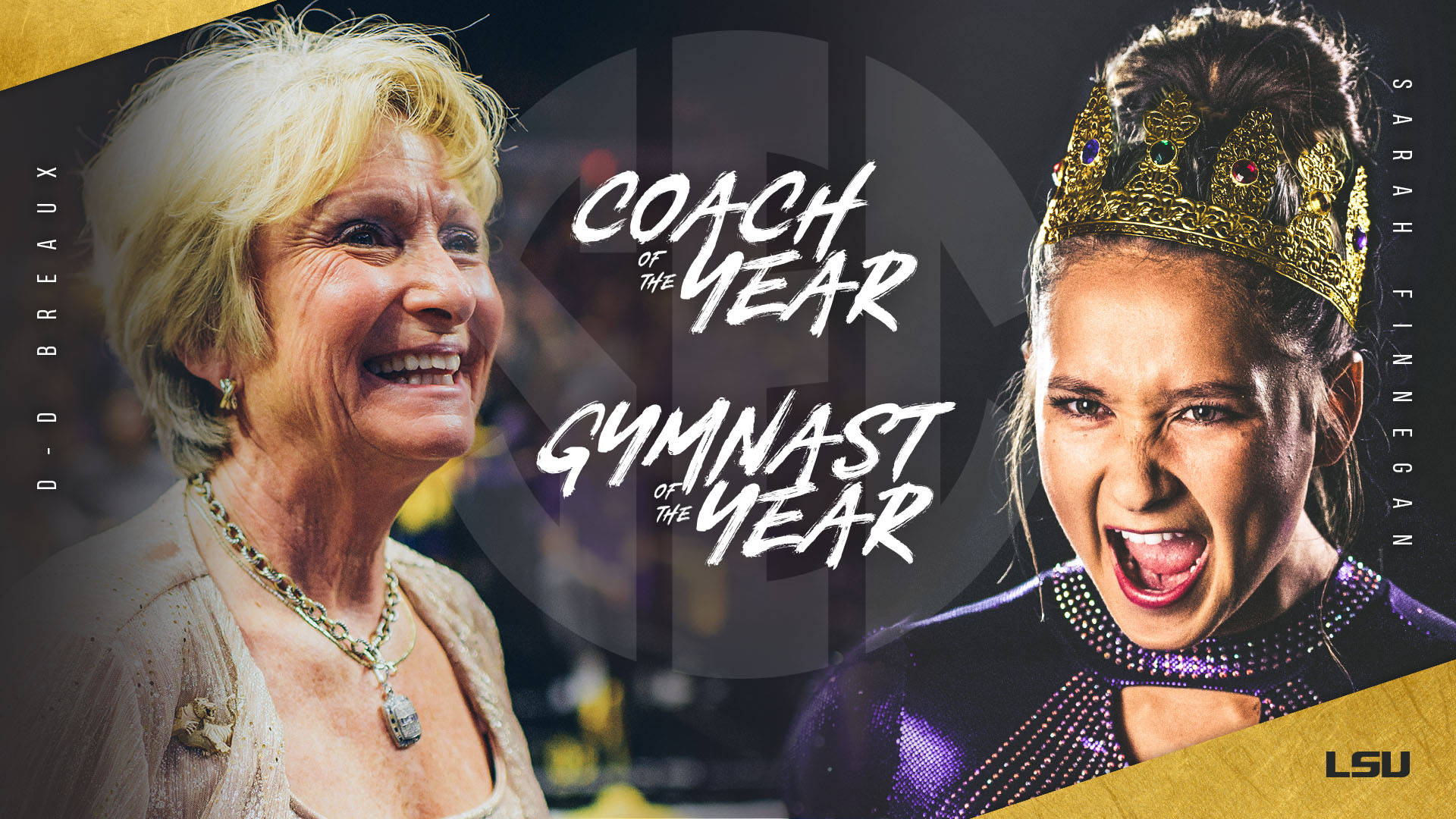 Finnegan put together one of the most dominant all-around performances the league has ever seen from start to finish in 2019 concluding with the SEC all-around title in New Orleans. Breaux and the entire staff put together one of the most outstanding coaching performances as the squad continued to build all year long and went on to win the program’s third-straight SEC Championship.

Finnegan joined Alabama’s Andree Pickens (2000-03) and LSU Hall of Fame member April Burkholder (2004-05) as the only gymnasts in SEC history to earn the league’s top honor in consecutive years. This is the seventh honor for an LSU gymnast as Ashleigh Clare-Kearney (2008), Susan Jackson (2010) and Rheagan Courville (2013) also won the award.

The Lee’s Summit, Missouri, native won the seventh all-around title in school history with a score of 39.800, the second-highest score in meet history. Finnegan became the sixth gymnast in SEC history to win back-to-back all-around titles. In addition to the all-around win, Finnegan also captured titles on bars and beam with a 9.95 and floor with a perfect 10.

She became just the fourth gymnast in SEC history to win four or more titles at a meet and the ninth to win three or more individual events. With five career SEC titles, Finnegan tied Courville and Sandra Smith for the most in a career in school history. Finnegan clinched the squad’s third-straight SEC championship with her sixth career perfect score, second on floor and third this season.

With her 10 on floor at SEC Championships, Finnegan joined Burkholder as the only gymnasts in school history with multiple perfect scores on three different events. She owns 84 career wins and 42 this season for second in school history. She needs just four wins across possibly the next four meets to set the record for wins in a season.

Five gymnasts under Breaux’s direction earned WCGA regular season All-America honors. LSU has continued to improve in each week of the season and over the final four weeks leading into NCAA postseason the squad has average a 197.900. The LSU team is the second in NCAA Gymnastics history to average a 197.900 or higher in four meets.

Finnegan along with fellow senior Lexie Priessman were named All-SEC performers. Priessman earned the honor on bars after finishing with an outstanding 9.925.

The All-SEC Team is comprised of athletes with the top two scores (including ties) on each event and the all-around from the first and second sessions of the SEC Championship.

The third-ranked Tigers will take a weekend off from competition for the first time this season before hosting the NCAA Baton Rouge Regional April 4-6. The Tigers own the top seed and the teams will advance to the NCAA Championships. LSU will take on Utah, Minnesota, Auburn, BYU, Arizona, State, Arkansas, George Washington and Lindenwood inside the PMAC.