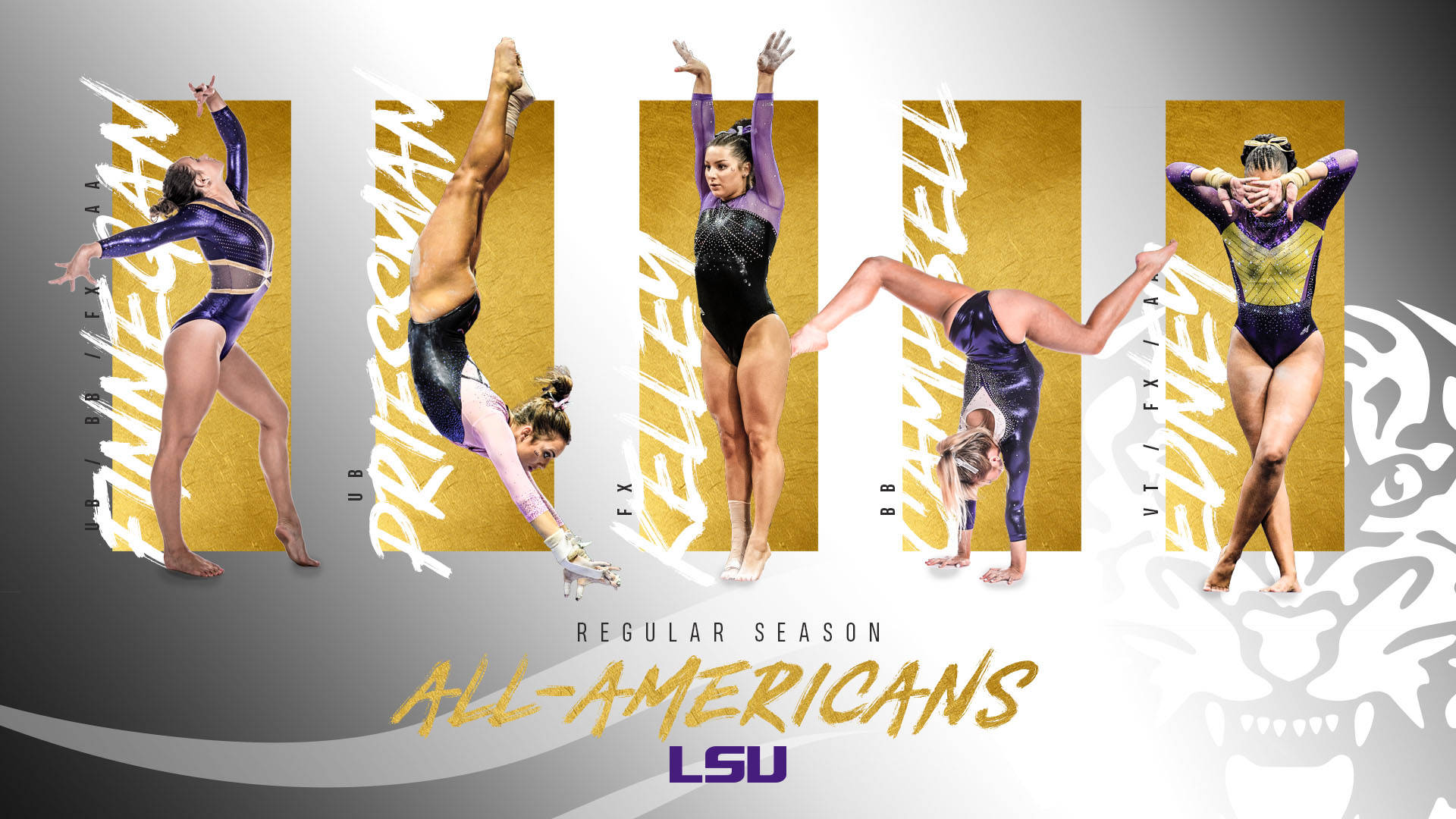 A gymnast earns All-America honors if they finish in the top-16 of the final NQS individual event rankings. LSU ranks first in the league and tied for third in the nation with 10 honors.

Finnegan, the two-time SEC all-around champion, earned honors on vault, bars, beam and all-around. With the four honors, Finnegan pushed her total for her career to 19. She’s just four away from tying Rheagan Courville for the most in school history.

The Lee’s Summit, Missouri, native is one of seven gymnasts in the nation and one of two in the SEC with four or more All-America honors. Finnegan finished ranked in the top-eight of all three events and all-around. Finnegan ended the season ranked second in the all-around, third on bars, fourth on beam and seventh on floor. The senior joined Kyla Ross of UCLA and Mykayla Skinner of Utah as the only gymnasts in the nation to finish in the top-eight of four or more rankings.

The third-ranked Tigers will take a weekend off from competition for the first time this season before hosting the NCAA Baton Rouge Regional April 4-6. The Tigers own the top seed and the teams will advance to the NCAA Championships. LSU will take on Utah, Minnesota, Auburn, BYU, Arizona, State, Arkansas, George Washington and Lindenwood inside the PMAC.