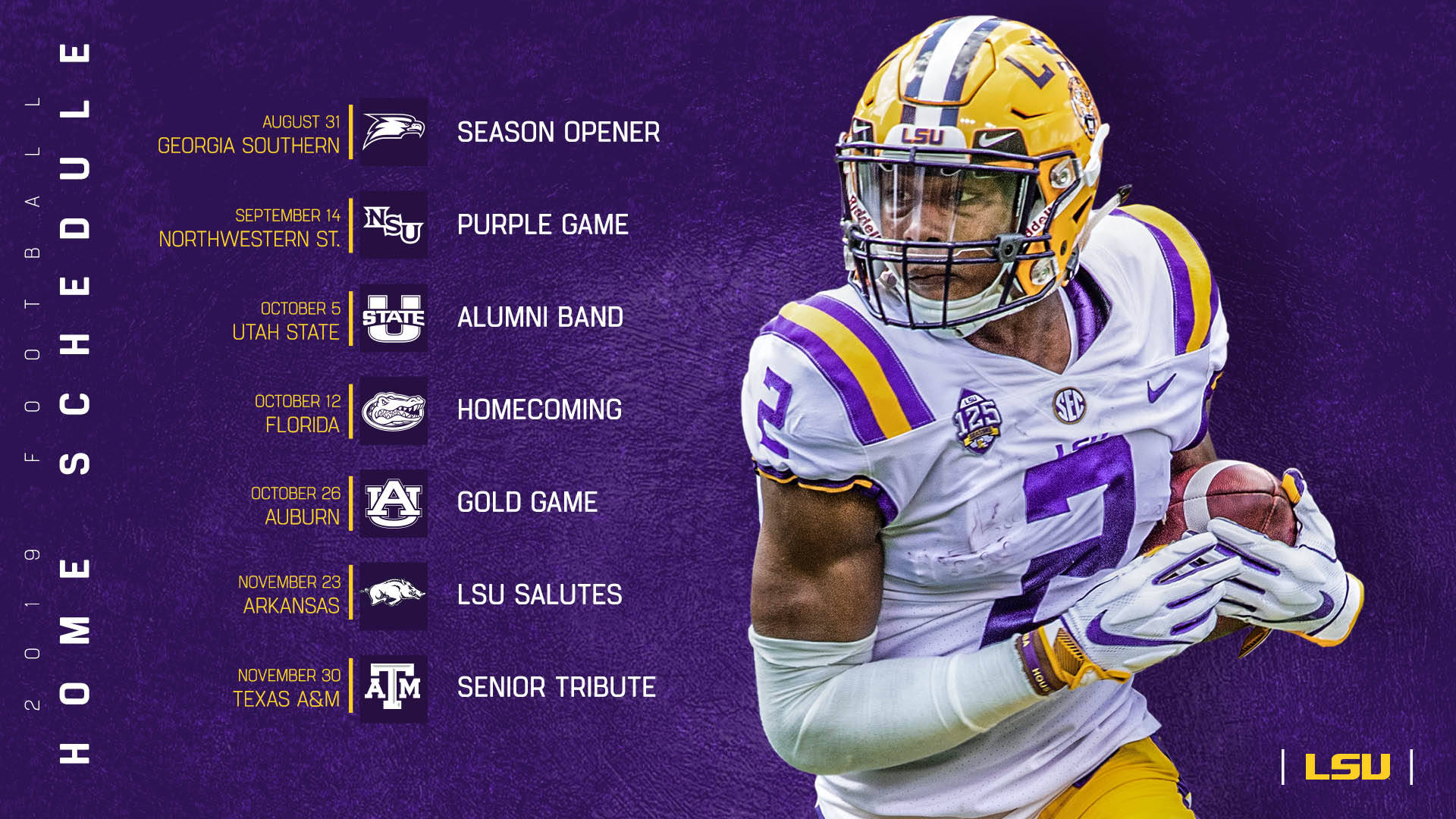 BATON ROUGE ? LSU’s game against Florida on October 12 in Tiger Stadium will serve as the homecoming contest for the Tigers in 2019, the school announced on Wednesday.

LSU, which is coming off a 10-3 record in 2018, opens its third full season under head coach Ed Orgeron on Saturday, Aug. 31, when the Tigers host Georgia Southern in Tiger Stadium.

After a road game against Texas in Austin, the Tigers return to Death Valley to host Northwestern State for the Purple Game.

LSU’s final non-conference contest of the season against Utah State on Oct. 5 in Tiger Stadium will serve as the Alumni Band Game.

The annual Gold Game will be celebrated when LSU hosts Auburn on Oct. 26, followed by LSU Salutes on Nov. 23 against Arkansas.

LSU wraps up the regular-season on Nov. 30 when the Tigers host Texas A&M for the annual Senior Tribute.