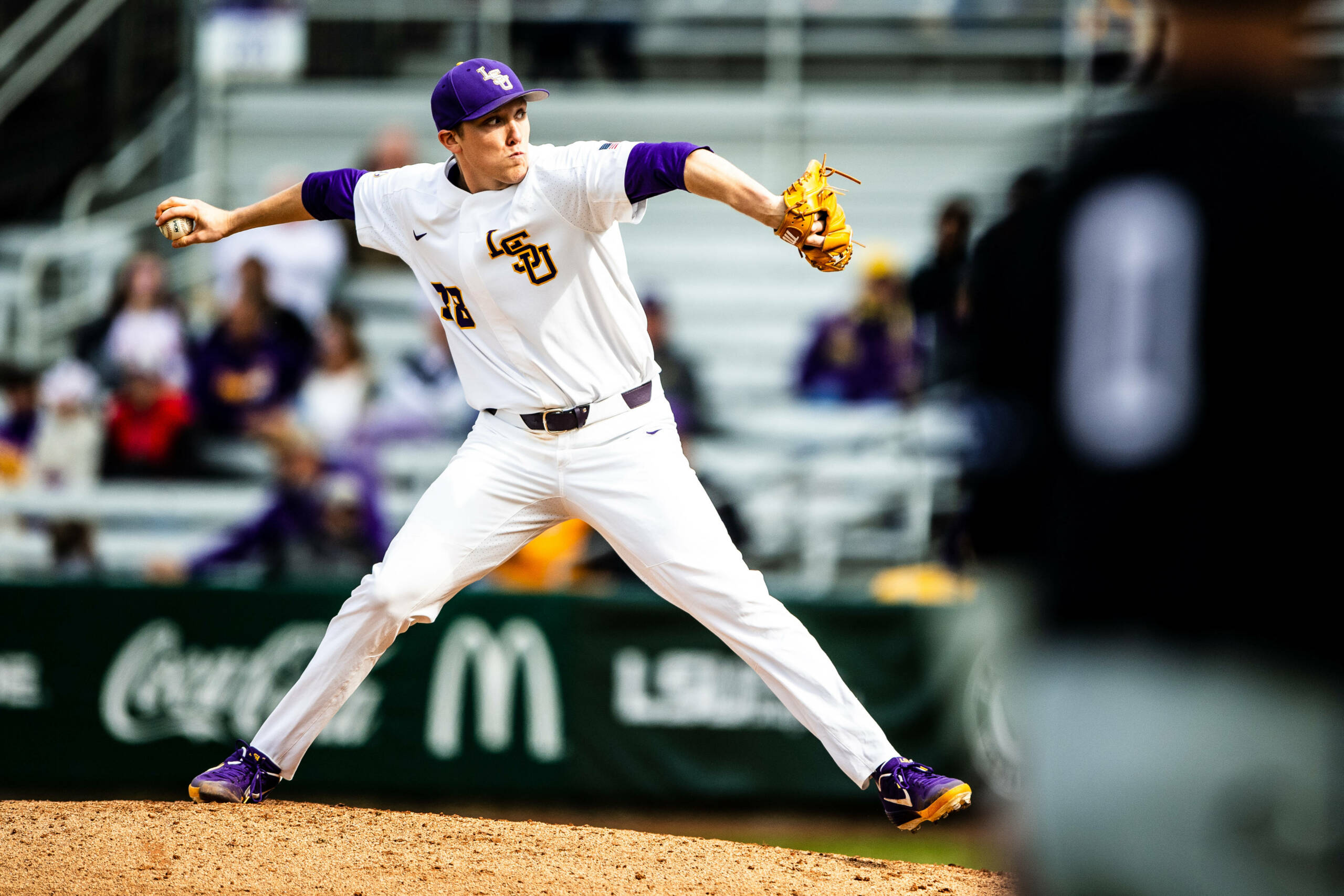 ONLINE
All three games may be viewed on SEC Network +

QUOTING PAUL MAINIERI
“This Mississippi State team is playing great, they’re ranked second in the country, and they just scored 35 runs in their final two games last weekend against Auburn. They’ve renovated their ball park, and there’s a lot of energy and enthusiasm up there. We’re really going to lean on our leadership within the team to get ready to go, and we’re going to compete as hard as we can.

ABOUT THE TIGERS
• LSU is 4-2 in the Southeastern Conference, just one game behind first-place Arkansas and Texas A&M in the SEC Western Division … last Friday night’s win at Georgia gave the Tigers their first 4-0 start in SEC play since 1998
• LSU is 8-1 this season in one-run games, and the Tigers have four walk-off wins, including a 5-4 victory over Nicholls last Wednesday night in Baton Rouge … the win over Nicholls also marked LSU’s eighth come-from-behind victory this season
• Junior right-hander Zack Hess delivered a superb performance last Friday night, as he posted a dominating win over fifth-ranked Georgia in Athens … Hess blanked the Bulldogs through eight innings, scattering eight hits with no walks and nine strikeouts … Georgia entered the game No. 4 in the SEC with a .296 team batting average … Hess improved to 2-1 on the year and lowered his ERA to 2.97 … in his two SEC starts versus Kentucky and Georgia this season, Hess is 1-0 with a 0.60 ERA, allowing just one earned run on 12 hits in 15 innings with 15 strikeouts
• Freshman right-hander Cole Henry delivered an excellent performance at fifth-ranked Georgia on Saturday, working a career-long 7.1 innings and limiting the Bulldogs to two runs on two hits with one walk and a career-high eight strikeouts
• Freshman outfielder/DH Giovanni DiGiacomo is hitting .375 (6-for-16) in LSU’s last five games with one RBI and two runs
• Junior right-hander Matthew Beck has pitched 13 straight scoreless innings over his last eight outings, allowing just three hits with 13 strikeouts
• Junior centerfielder Zach Watson saw his hit streak end at 10 games in Tuesday’s game versus McNeese State … Watson is LSU’s leading hitter on the year, batting .361 with nine doubles, two homers, 18 RBI and 26 runs
• Junior shortstop Josh Smith has reached base safely in all 24 games he has played this season
• Senior rightfielder Antoine Duplantis has 298 career hits at LSU and has a chance to become the all-time hits leader in SEC history; former LSU first baseman Eddy Furniss is the all-time SEC hits leader with 352 from 1995-98 … Duplantis is No. 6 on the LSU career hits list, and he is seeking to become just sixth LSU player to collect 300 career hits

ABOUT THE BULLDOGS
• Mississippi State (4-2) is tied with LSU and Auburn in the SEC Western Division standings, one game behind Texas A&M and Arkansas
• The Bulldogs lead the SEC in team batting average (.327) and have scored 53 runs in their last three games
• Mississippi State is No. 5 in the league in team ERA (2.96), and the MSU staff leads the SEC in strikeouts with 306
• Senior outfielder Jake Mangum is third in the SEC in batting average (.407), first in hits (48), second in stolen bases (15), third in runs scored (31), second in doubles (11) and sixth in total bases (64)