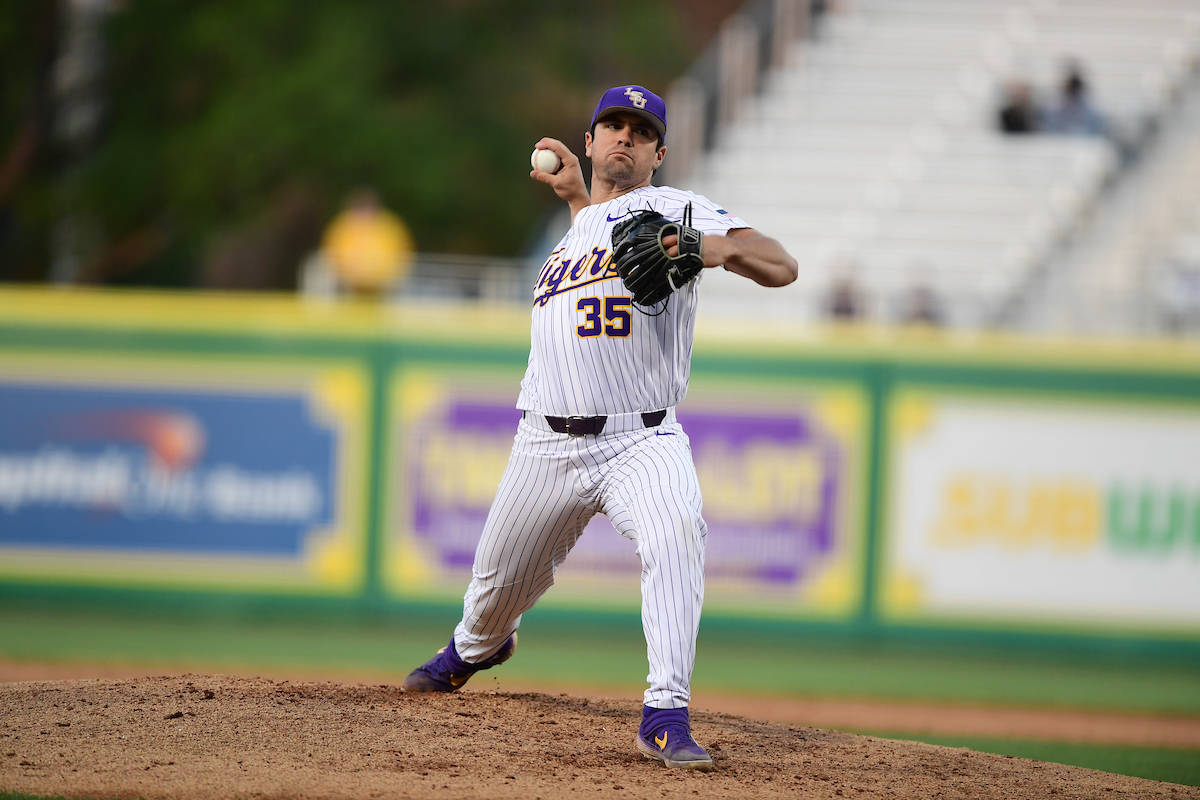 LSU will return to action Thursday at 6 p.m. CT for the first game of a three-game series at Mississippi State. The game will be shown on ESPNU. Fans can listen to the game on the LSU Sports Radio Network.

“It seems like we have one of these games every year, it’s just hard to explain,” said LSU coach Paul Mainieri. “I knew coming off an emotional week at Georgia and looking forward to a series at Mississippi State, it would take an awful lot of leadership to have the players ready to play, and we just didn’t get them inspired and motivated tonight.

“I thought our pitching hung in there and gave us a chance, but we didn’t get it done offensively. We certainly don’t have time to sit around and feel sorry for ourselves; we just have to turn the page and get ready to go to Starkville.”

Catcher Dustin Duhon scored the first run of the game for the Cowboys to take the 1-0 lead. He scored from third base on a wild pitch from Hilliard.

McNeese would bring another run across to score on a wild pitch in the top of the eighth. Left fielder Payton Harden singled to third, stole second and reached third on a ground out, and scored on a wild pitch by reliever Will Ripoll.

In the bottom of the eighth, LSU second baseman Brandt Broussard singled through the center to start the inning, and then moved to third on a wild pitch. Shortstop Josh Smith followed with a walk, but both runners were left stranded.

LSU threatened in the bottom of the ninth with a walk by leftfielder Giovanni DiGiacomo and a two-out single from first baseman Cade Beloso. However, a fly out by Broussard ended the game.

The Tigers used four pitchers out of the bullpen. Senior Clay Moffitt tossed 2.1 innings and allowed one hit. He notched two strikeouts in the effort.

Junior Aaron George worked two innings and gave up one hit and one walk with two strikeouts.