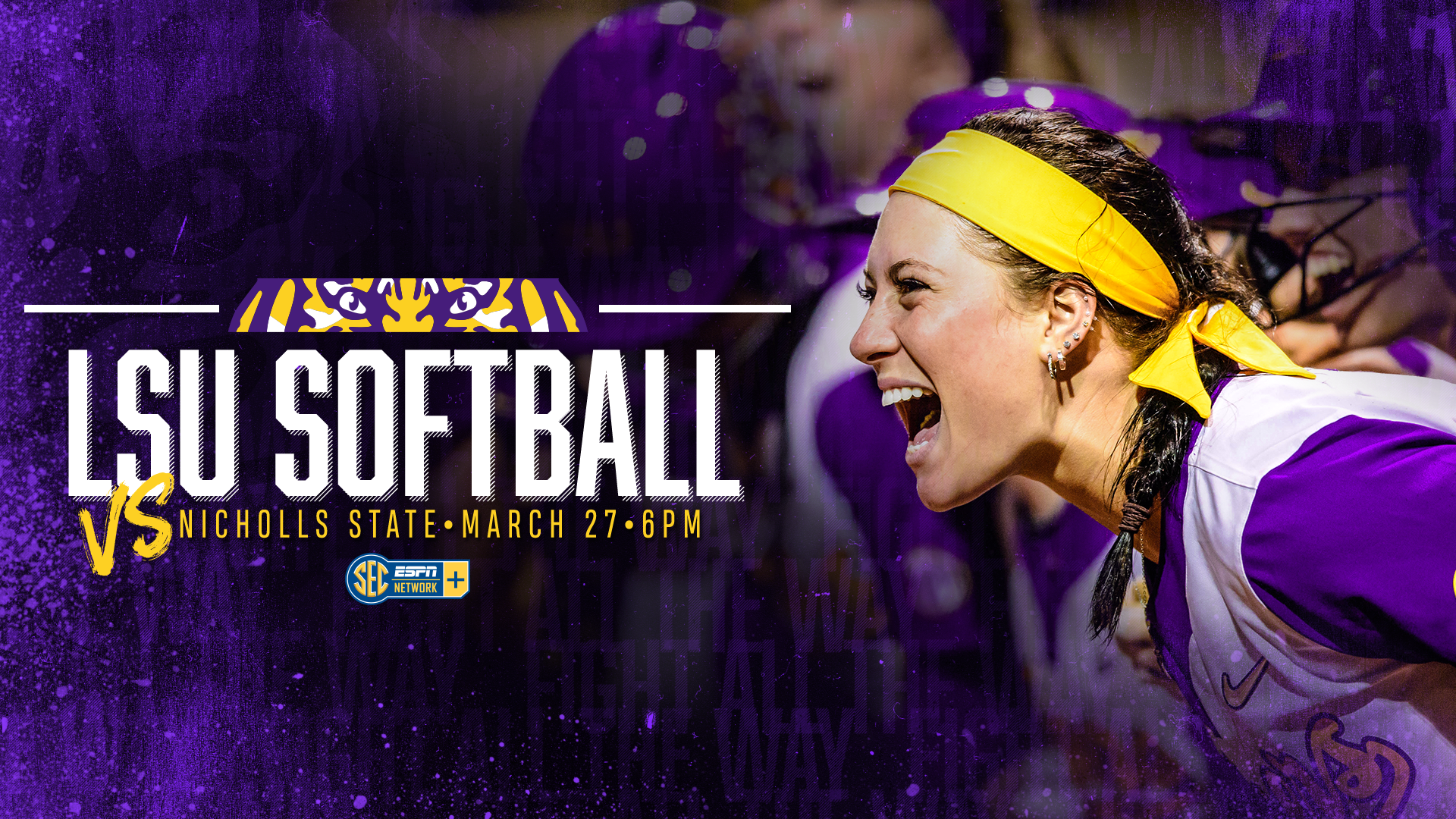 The game will stream live on SEC Network+ and the WatchESPN app with Lyn Rollins and Yvette Girouard on the call.

The Tigers are coming off six-straight wins, including a sweep of Georgia over the weekend, the first sweep for the Tigers in Athens since 2001. The Tigers currently sit in third place of the SEC with a 7-2 record.

Over the weekend, the Tigers scored 24 runs on the Bulldogs. Shelbi Sunseri led the way last week with a .500 batting average, four runs scored, three doubles and home run that helped tie game two of the series up. Sunseri also got a win and a save in the circle, helping her earn SEC Player of the Week.

In the circle, Maribeth Gorsuch is 8-0 with four shutouts and 34 strikeouts in 59.1 innings of work. She leads the staff with a 1.65 earned run average. Shelby Wickersham has a 1.89 ERA with an 8-1 record. Sunseri is 7-4 and leads the team in strikeouts with 42.

Scouting the Opposition
Nicholls St.
The Colonels come into the matchup with a 15-13 overall record and a 5-1 record in the Southland Conference. They are coming off three-straight wins over Abilene Christian.

The Colonels are led by Kali Clement, who is hitting .375 at the plate with six home runs and 16 RBI. She has a .672 slugging percentage and a .481 on-base percentage. Megan Landry leads the team in the circle with a 1.71 ERA and a 12-5 record on the she with five shutouts and two combined shutouts. In 106.2 innings of work, she has totaled 94 strikeouts.

What’s On Deck
The Tigers continue a four-game home stand over the weekend, playing host to South Carolina. The first game of the series is Friday at 6 p.m. CT inside Tiger Park.