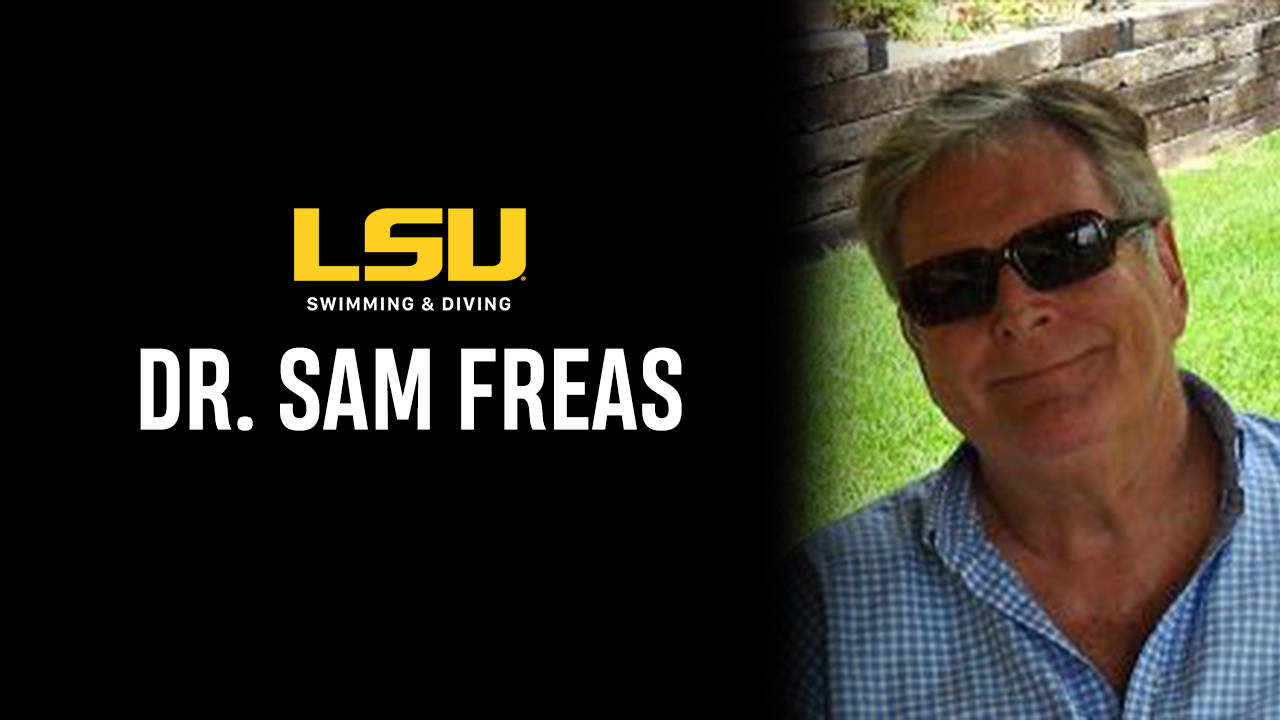 BATON ROUGE– Dr. Sam Freas, one of the most decorated college swimming coaches of all time, passed away overnight. Freas celebrated his 72ndbirthday on Saturday.

Freas was hired as the head men’s and women’s swim coach at LSU in the fall of 1985 and remained through the 1988 season. Over his time as a Tiger he accumulated a 59-14 dual meet record highlighted by winning the 1988 Men’s SEC Championship.

“Coach Freas was an out-of-the-box coach in the world of swimming before it was standard to be an out-of-the-box coach,” said LSU head swimming coach Dave Geyer. “His training methods in sprinting are ones that are looked at still today as pivotal in athlete, not just swimmer, development. Sam built a powerhouse program here at LSU in the 80’s and left his mark with an SEC Championship, multiple NCAA Championships and the development of Olympians. Beyond coaching, Coach was a wonderful human that brought joy and laughter everywhere he went. His distinct laugh will be missed on the pool deck.”

Neil Harper, who is currently the head swimming and diving coach at the University of Arkansas and former swimmer at LSU under Freas, had some nice things to say about his former coach.

“Sam meant so much to so many of us. Not only was he our coach, but he was a mentor, a father figure, a motivator and a family man. He raised the bar for our program at LSU (SEC Championship and 6th place NCAA finish) and brought individuals from all over the world to be on one team and with one goal. He inspired quite a few of us to go into collegiate coaching and has stayed in touch with most of us as we moved into the real world and became parents and successful adults. His larger than life personality and continuous love and caring for all of his athletes will be what I always remember. Sam would do anything to help anyone out. We will all miss him, but I know he has shared so much advice and knowledge with all of us that we take a piece of him with us as we all continue our own journey.”

Freas also served as the CEO of the International Swimming Hall of Fame from 1989-2004.  He was the author of many books about coaching sprinting as well as several other academic works.