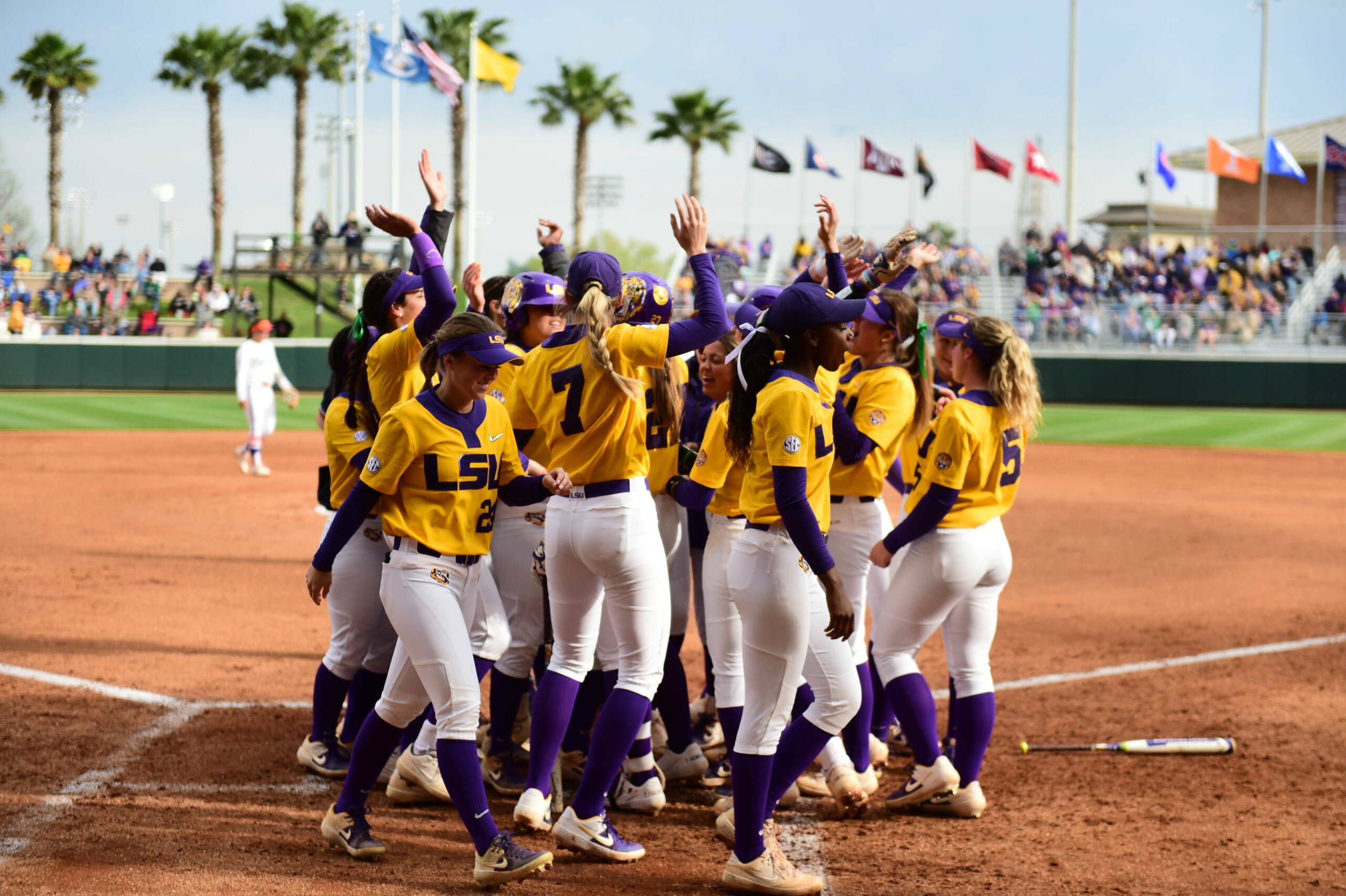 ATHENS, Ga. – The No. 8/6 ranked LSU softball team ended the weekend with an SEC series sweep, defeating the Georgia Bulldogs, 7-4 Sunday afternoon. LSU improves to 28-6 on the year and 7-2 in the SEC, while Georgia falls to 25-9 overall and 1-5 in the league.

The Tigers were quick to put runs on the board in the top of the first inning. Aliyah Andrews got on base first with a single down the left field line, and then stole second. Amanda Sanchez walked, followed by a double to right field from Shelbi Sunseri to score Andrews. Elyse Thornhill grounded out to second, but earned her 26th RBI on the season. Amber Serrett singled through the right side to score Sunseri, giving LSU a 3-0 lead.

In the top of the fifth, Michaela Schlattman singled to right-center field and Savannah Stewart singled to left field. With runners on second and third, Andrews reached on a throwing error at third and Schlattman scored. Amanda Sanchez reached on a fielder’s choice, followed by a walk from Sunseri. On a 1-1 count, Shemiah Sanchez hit a sacrifice fly to center field, sending Andrews in to score. The Tigers led 5-0 going into the bottom of the inning.

Georgia put one run on the board in the bottom of the fifth inning and three more in the sixth, but LSU still led 5-4.

Junior Maribeth Gorsuch gets the win in the circle. She finished with two strikeouts in the five innings she pitched and improves to 8-0 on the year. Shelbi Sunseri earned the save, which is her second save this season.

– The Tigers have now six games in a row.

The Tigers return home for a midweek matchup against Nicholls on Wednesday at 6 p.m. in Tiger Park. The game will stream live on SECN+.