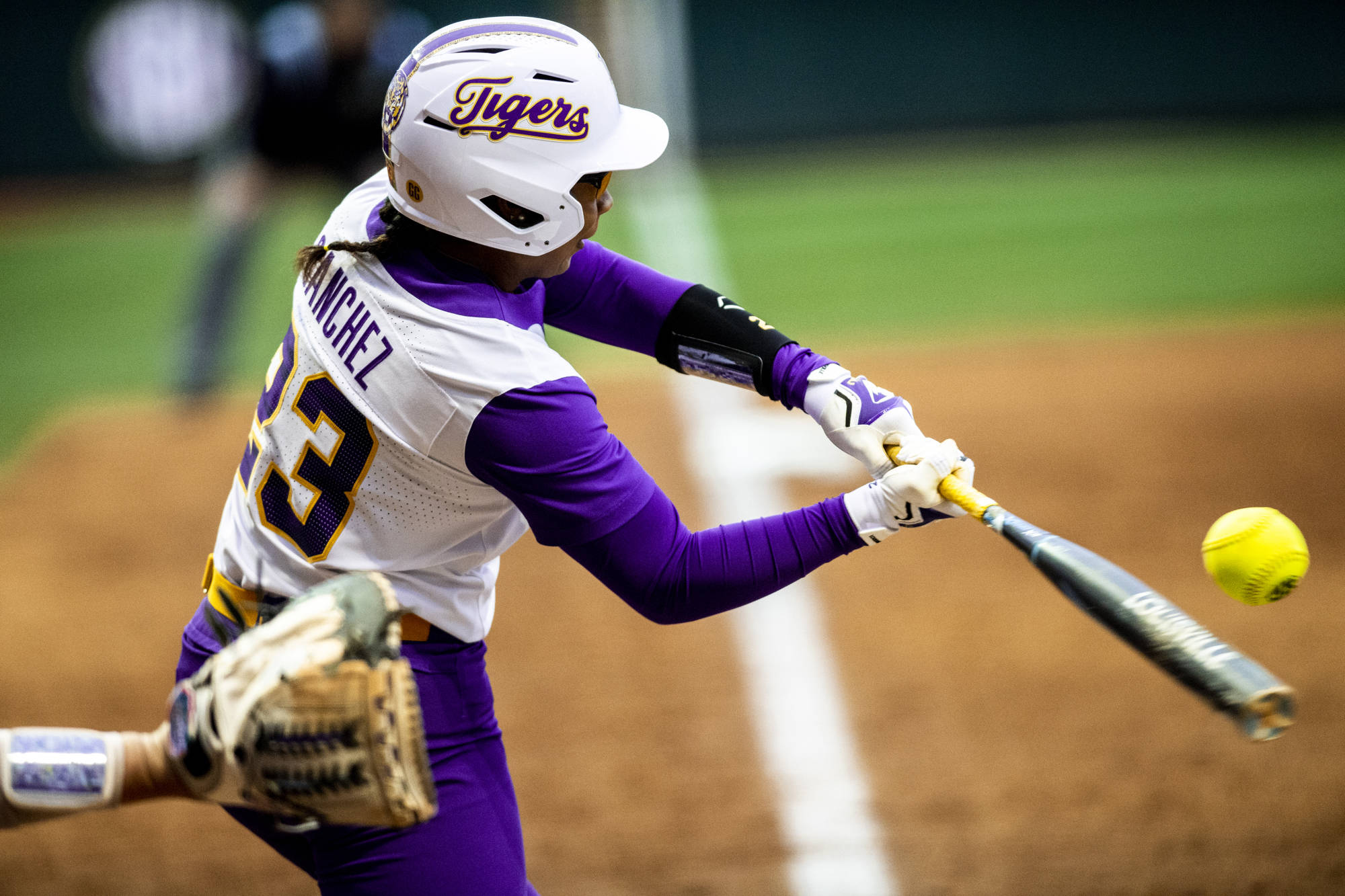 ATHENS, Ga. – The No. 8/6 ranked LSU softball team claimed a 11-4 win over the Georgia Bulldogs in game one of the three-game series Friday evening at Jack Turner Stadium. The Tigers improve to 26-6 on the year and 5-2 in the SEC. Georgia falls to 25-7 on the season and 1-3 in the league.

The Tigers got on the board first in the first inning. Aliyah Andrews singled to third base and moved to second on an Amanda Sanchez walk. Andrews stole second and scored on a Shelbi Sunseri sacrifice fly to right, giving the Tigers a 1-0 lead.

Georgia answered in the bottom of the first with a three-run home run off LSU starter Shelby Wickersham. The Bulldogs tacked on another run, scoring from second off a single to right field, forcing the Tigers to make a change in the circle. The Tigers went to Kilponen and she struck out two to get out of the inning.

The Tigers scored seven runs in the second as Amanda Sanchez drew a bases-loaded walk, bringing in Amber Serrett from third with one out. The rallied continued with a Shemiah Sanchez grand slam, her third grand slam on the year and fourth in her career, giving the Tigers a 7-4 lead. The offense didn’t stop there as Elyse Thornhill hit a solo shot over the right field wall, pushing the Tigers up 8-4.

After three scoreless innings, the LSU bats came alive again. Amanda Sanchez led off the sixth with a double to left field. Sunseri followed with a double into the outfield, scoring Sanchez from second. Shemiah Sanchez then singled to left field to score Sunseri.

The Tigers tacked on one more run in the seventh. Sunseri single to shallow left center field to score pinch runner Akiya Thymes from second, extending the Tigers lead to 11-4.

Kilponen picked up her first SEC victory in the circle. She allowed seven hits and no runs, while striking out seven in 6.2 innings of work. Wickersham allowed four runs off four hits in her 0.1 innings of work.

Notes
– The Tigers got on the board first for the 25th game of the year and are now 23-2 when scoring first. It’s the 16th game the Tigers have scored in the first inning and they are now 14-2 when scoring in the first inning.
– Shemiah Sanchez is the only Tiger in program history to hit three grand slams in a single season. She has four on her career, which is tied for second-best among the program with Kelsi Kloss. Sahvanna Jaquish is the all-time leader with five grand slams.
– The Tigers have now scored at least 10 or more runs in nine contests this season. The Tigers are 9-0 when score 10-plus runs.

GRAND SLAM! @shemmy_sheyy blasts her third grand slam on the year and fourth in her career to give the Tigers a 7-4 lead!

Up Next
The Tigers are back in action against the Bulldogs in Athens on Saturday at 1 p.m. CT/2 p.m. ET. The game will stream live on SEC Network+ and the WatchESPN app.