No. 4 LSU Sweeps Day One of Tiger Beach Challenge 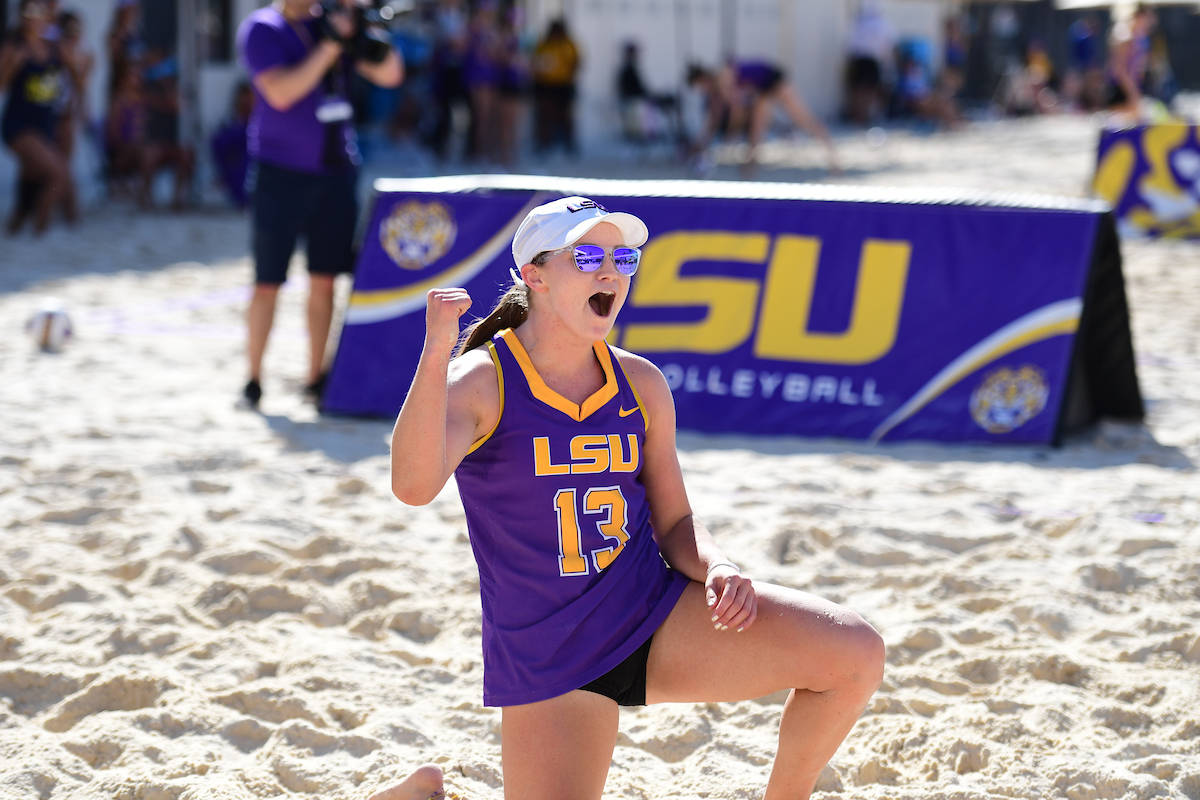 BATON ROUGE – The No. 4 LSU Beach Volleyball team did not drop a set Friday at the Tiger Beach Challenge, sweeping North Florida and Tulane in both of its matches.

“When we step in the court,” head coach Russell Brock said, “we expect to play well enough to win every set we’re in. All day today, I thought we played well.”

The Tigers will be back in action Saturday when they face No. 19 Georgia State at 1:15 p.m. CT and Southern Mississippi at 5 p.m.

LSU has now swept its past three matches. To begin the day, LSU matched up against North Florida. Freshman Allison Coens and sophomore Hunter Domanski gathered their 11th win of the season together on Court 5 when they won in straight sets, 21-17 and 21-16.

On Court 4, graduate transfer Taryn Kloth and freshman Kelli Agnew improved to 3-0 together on the season, winning in two sets, 21-15 and 21-16. Senior Toni Rodriguez and freshman Ashlyn Rasnick-Pope swept through Court 3, 21-17 and 21-15. Junior Olivia Powers and senior Ashley Allmer also earned a sweep on Court 2, 21-13 and 21-17.

The junior pair of Claire Coppola and Kristen Nuss gathered the 70th and 71st wins today in their LSU career. The duo already has the most wins as a pair in LSU history, but are looking to set the individual win’s record as well. Katie Lindelow holds that with 80 career wins. Coppola and Nuss can tie current assistant coach Cati Leak tomorrow for second all-time, who had 73 wins during her LSU playing career.

This is the second time that LSU has swept Tulane this season after the Tigers defeated the Green Wave, 5-0, on February 23, in Tallahassee.

The Tigers will rest and get ready for Georgia State and Southern Mississippi on Saturday.

“For us, it’s about being ready to go,” said Brock. “Georgia State is always a tough matchup for us. They play well every time we get them. We’ll finish with Southern Miss. Our goal is to come out and win again tomorrow.”