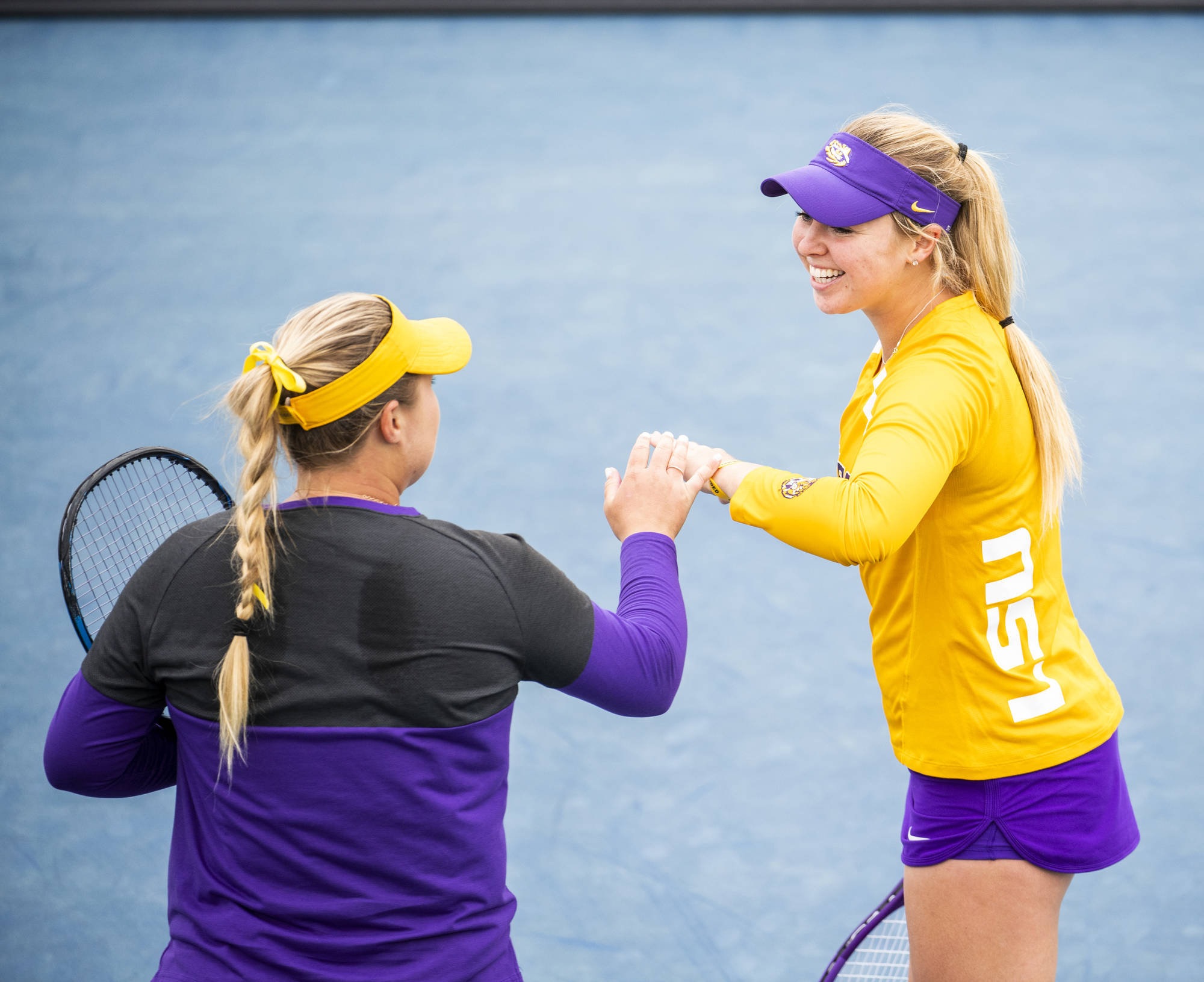 Fayetteville, Ark. – The No. 21 LSU women’s tennis team will begin its road weekend when the Tigers take on No. 46 Arkansas at 5 p.m. CT on Friday, March 22, at the Billingsley Tennis Center.

Live Stats are available at LSUSports.net.

The Tigers have a 21-19 advantage in the series. When the teams met last season at the LSU Tennis Complex, the Tigers won 4-2 after a dominant singles performance. Seniors Kennan Johnson and Jessica Golovin were victorious at their courts before sophomore Eden Richardson clinched the match for LSU.

No. 10-ranked Richardson led headlines this week when she became the third Tiger in program history to move into the ITA/Oracle singles Top-10. On Sunday, she earned her second Top-3 win of the season when she defeated Vanderbilt’s Fernanda Contreras in straight sets, 7-5, 7-5.

Golovin entered the singles rankings for the first time in 2019 at No. 60 after she dispelled Top-10 foe Christina Rosca in straight sets, 7-5, 6-1. The Top-10 win was Golovin’s second of her career, and fourth against a ranked opponent this season.

In doubles, the nation’s No. 10 duo of Richardson and Golovin lead the Tigers with a 10-3 record at the No. 1 position.

Arkansas has two players ranked in the ITA/Oracle singles rankings, Tatum Rice at No. 79 and Martina Zerulo at No. 115. Rice leads the team with nine wins in the dual season, while Zerulo has two wins against ranked opponents. In doubles, Zerulo and Rice lead the team at the No. 1 doubles with five wins this season.