No. 7 Baseball Travels to Face No. 5 Georgia 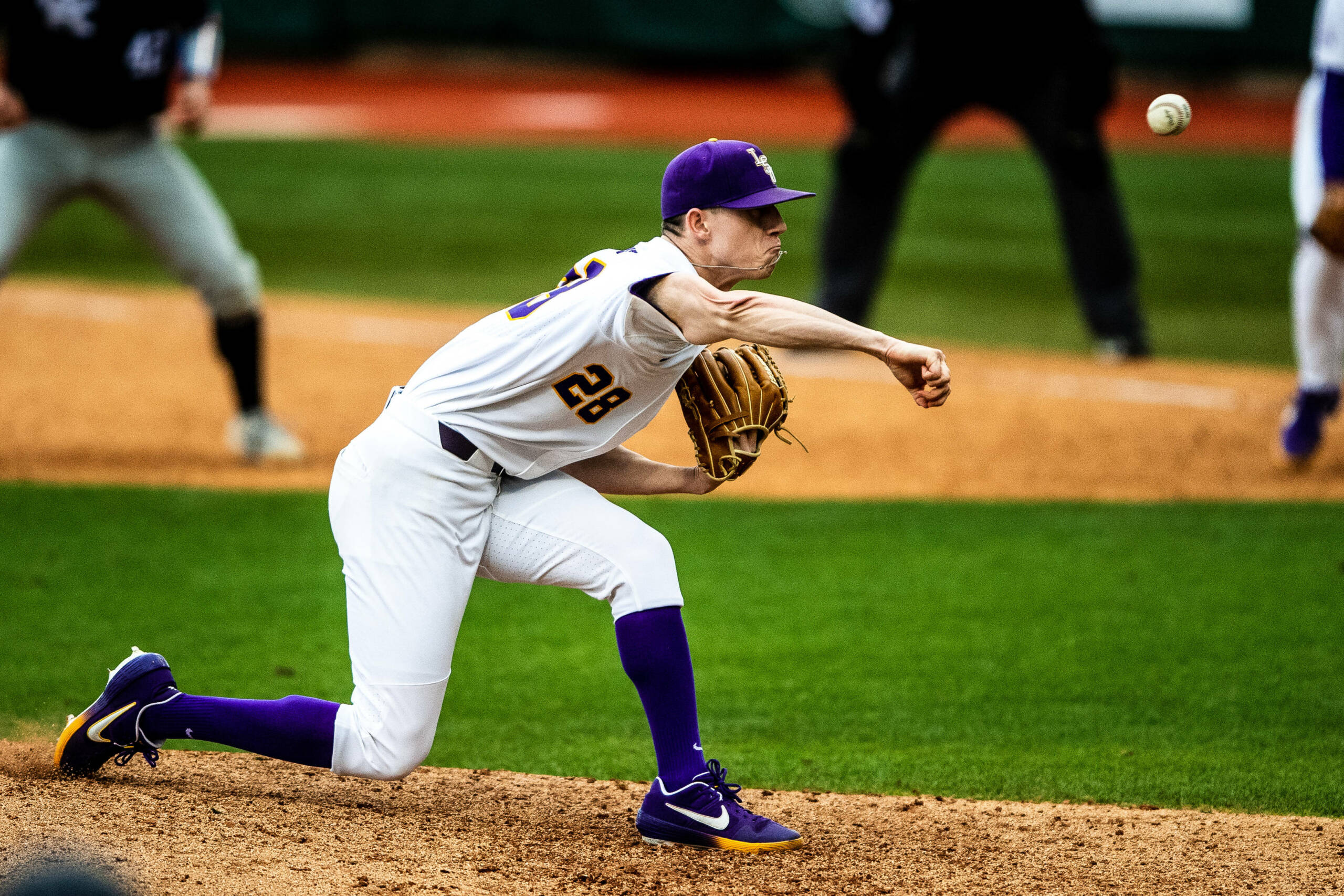 ONLINE
All three games may be viewed on SEC Network +

SERIES RECORD VS. GEORGIA
LSU leads the all-time series with Georgia, 67-22-3, and this weekend’s series marks the first meeting between the schools since March 17-19, 2017, when the Tigers sweep a three-game series from the Bulldogs in Baton Rouge. LSU has won 10 of its last 12 SEC regular-season series versus UGA, and the Tigers have an 16-7-2 advantage over the Bulldogs in games played over the past 10 seasons. LSU has won the last four series meetings in 2012, 2014, 2015 and 2017 – Georgia’s last series win over LSU came in Athens in 2011, when the Bulldogs won two of three games.

QUOTING PAUL MAINIERI
“Georgia has won 10 games in a row, and they have an outstanding club with a lot of power arms and very talented ball players. It’s going to be a battle of two Top 10 teams in the SEC, and it should be a great environment in Athens. We haven’t had much success on the road to this point in the season, so it’s going to be up to all of us to rise up and meet the challenges that a very strong Georgia team will present.”

ABOUT THE TIGERS
• LSU has won five straight games, including a three-game sweep of Kentucky last weekend to start Southeastern Conference action … the LSU pitching staff posted a 2.10 ERA in the Kentucky series, limiting the Wildcats to seven runs with 34 strikeouts in 30 innings of work
• LSU is No. 8 in the SEC in team batting average (.288) … junior centerfielder Zach Watson is No. 10 in the league in individual batting average (.390); Watson is also No. 4 in hits (32) and No. 3 in runs scored (25) … senior rightfielder Antoine Duplantis is second in the SEC with 30 RBI … junior shortstop Josh Smith leads the league with 27 runs scored, and he is ninth in stolen bases (8) and 10th in on-base percentage (.489)
• Senior rightfielder Antoine Duplantis has 295 career hits, just 57 shy of the SEC record of 352 held by former LSU first baseman Eddy Furniss (1995-98) … Duplantis is No. 6 on the LSU career hits list, and he is seeking to become just sixth LSU player to collect 300 career hits
• Junior centerfielder Zach Watson is hitting .591 (13-for-22) in the Tigers’ last five games with two doubles, two homers and nine RBI, and enters the Georgia series riding a seven-game hit streak … in LSU’s three-game SEC series sweep of Kentucky, Watson hit .615 (8-for-13) with one double, one homer, six RBI and eight runs scored … in LSU’s Game 2 win over Kentucky, he tied his career high with four hits, as he was 4-for-4 at the plate with one double, one homer, five RBI and four runs
• Sophomore leftfielder Daniel Cabrera is batting .429 (9-for-21) in his last five games with three doubles, one triple and five RBI … Cabrera provided the game-winning walk-off double in the bottom of the 10th inning Wednesday night to lift LSU to a 5-4 victory over Nicholls
• Senior third baseman Chris Reid is hitting .385 (5-for-13) in his last five games with two doubles and five RBI … Reid delivered a two-out, two-strike RBI double in the bottom of the ninth inning Wednesday night to tie Nicholls, 4-4, and send the contest into extra innings; LSU won the game, 5-4, in the 10th
• Sophomore right-hander Devin Fontenot recorded a brilliant relief outing to earn the win in Game 1 of the Kentucky series last Saturday … Fontenot worked the final five innings of the 12-inning game, limiting the Wildcats to no runs on two hits with no walks and five strikeouts … in his last two relief outings combined versus California and Kentucky, Fontenot is 2-0 with a 0.00 ERA in nine innings, allowing no runs on four hits with one walk and eight strikeouts
• The Tigers have eight come-from-behind wins this season, including four walk-off victories … LSU is outscoring its opponents 35-8 in the first inning and 29-1 in the fifth inning … the Tigers are 10-4 when scoring first in game … LSU is 10-1 in games in which it hits one or more home runs, and the Tigers are 6-4 in games without a homer.