Cabrera Walks Off as No. 7 Baseball def. Nicholls 5-4 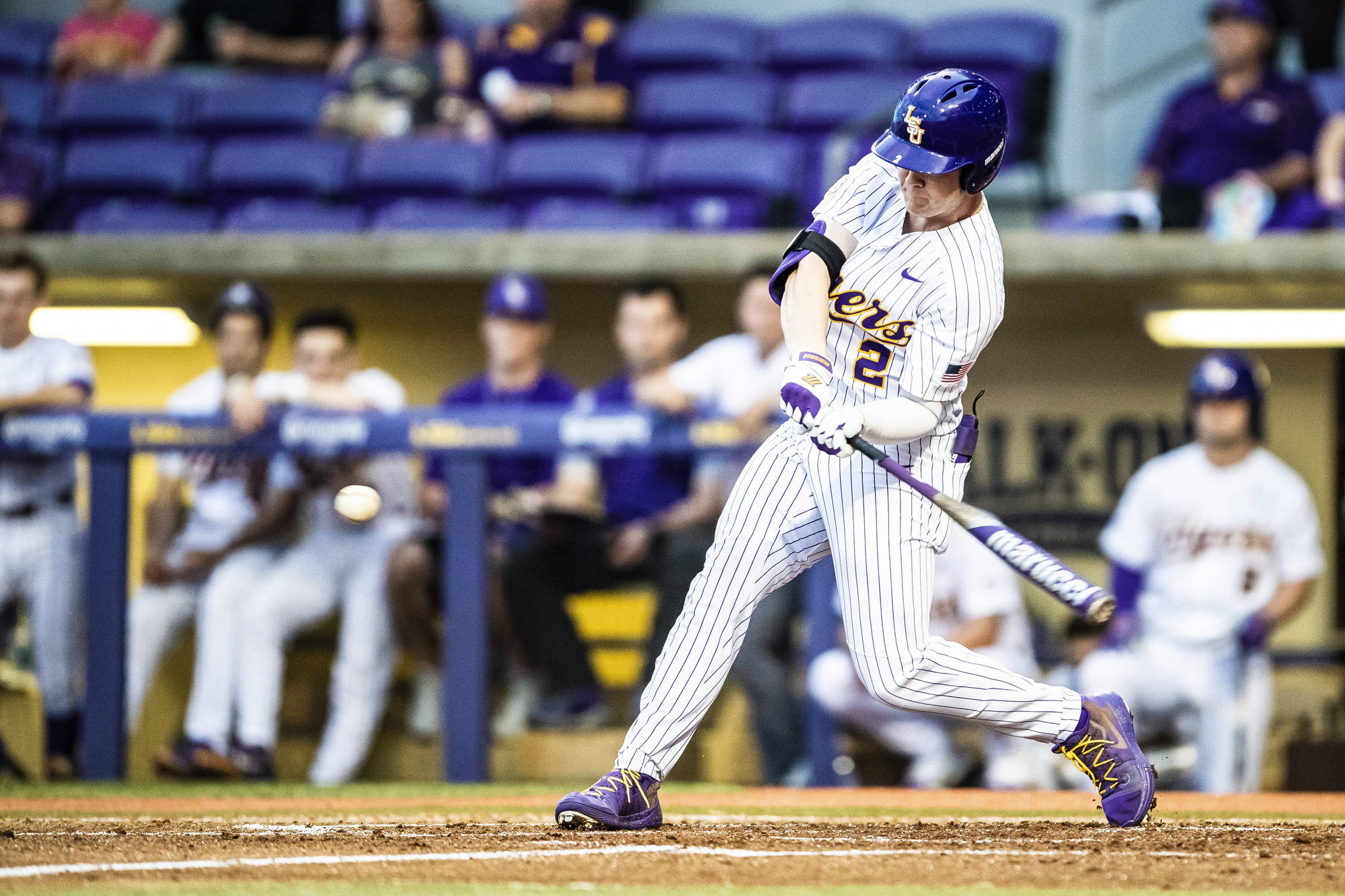 Right fielder Antoine Duplantis was walked to start the bottom of the 10th. He advanced to second on a wild pitch before Cabrera doubled to right field to bring Duplantis home and seal the win for the Tigers.

LSU will return to action Friday at 6 p.m. CT for the first game of a three-game series at Georgia. The game will be available online through the SEC Network+. Fans can listen to the game on the LSU Sports Radio Network.

“It was a great victory for the Tigers,” said LSU coach Paul Mainieri. “Nicholls played so well, and (Nicholls coach) Seth Thibodeaux did an outstanding job in managing his team. I thought we were ready to play, but we kind of struggled through the first three innings of the game. Fortunately, we were able to hang in there and come through with clutch hits at the end of the game.”

Austin Bollinger (0-1) suffered the loss for Nicholls. He allowed one run on one hit.

Shortstop Ethan Valdez singled through the middle to start the top of the first. Nicholls then took an early 1-0 lead on a RBI double by left fielder Austin France.

The Colonels then scored again in the second inning on a one-out home run by first baseman Adam Tarver to extend the lead to 2-0.

Junior shortstop Josh Smith lined a base hit into left to put the Tigers in the hit column in the top of the fourth. Center fielder Zach Watson then hit a single through the middle to move Smith to second.

First baseman Cade Beloso drew a walk to start the bottom half of the fifth inning. Designated hitter Giovanni DiGiacomo came to the plate next and hit a liner to the pitcher. The throw to second was overthrown, and DiGiacomo and Beloso were safe at first and second. Catcher Brock Mathis hit a sacrifice bunt to move Beloso and DiGiacomo up to second and third. Third baseman Hal Hughes then slapped a bouncer into center field to bring Beloso and DiGiacomo across home plate to tie the game, 2-2.

Nicholls responded in the top of the sixth with a home run by designated hitter Dillon Belle. Right fielder Alec Paz had a two-out base hit to left-center, but Brady Bell struck out to end the inning.

DiGiacomo bounced one to the second baseman, but beat the throw to first to lead off the seventh for the Tigers. With Mathis at the plate, DiGiacomo took off to second and recorded his third steal of the year.

Hughes then came to the plate and lined one up the middle to bring DiGiacomo home and tie the game back up at 3-3. It is the first time in Hughes’ career he has recorded three RBI in a game.

Nicholls took a 4-3 lead in the ninth on a home run by Tarver.

Pinch hitter Drew Bianco drew a one-out walk in the bottom of the ninth, and stole second to set up a scoring opportunity for the Tigers. Chris Reid then pinch hit for Brandt Broussard, and dropped a double into left-center to score Bianco and tie the game back up, 4-4.

“What can you say about Chris Reid?” Mainieri asked. “We wanted to give him the night off because he has a sore forearm, but we needed him with two outs in the bottom of the ninth inning and he ropes a double to tie up the game.”

A RBI double from Cabrera in the 10th scored Duplantis and gave LSU the 5-4 victory.

“Daniel hit a rocket, and Antoine didn’t have a great read on it,” Mainieri explained. “Fortunately, the ball ricocheted off the wall really hard, and Antoine was able to score.”

The Tigers used six pitchers out of the bullpen . Sophomore Ma’Khail Hilliard came in to start the third and tossed two innings. He notched two strikeouts and did not allow any hits or runs. Freshman Chase Costello took over on the mound in fifth inning and went two innings, allowed one run on two hits with three strikeouts.