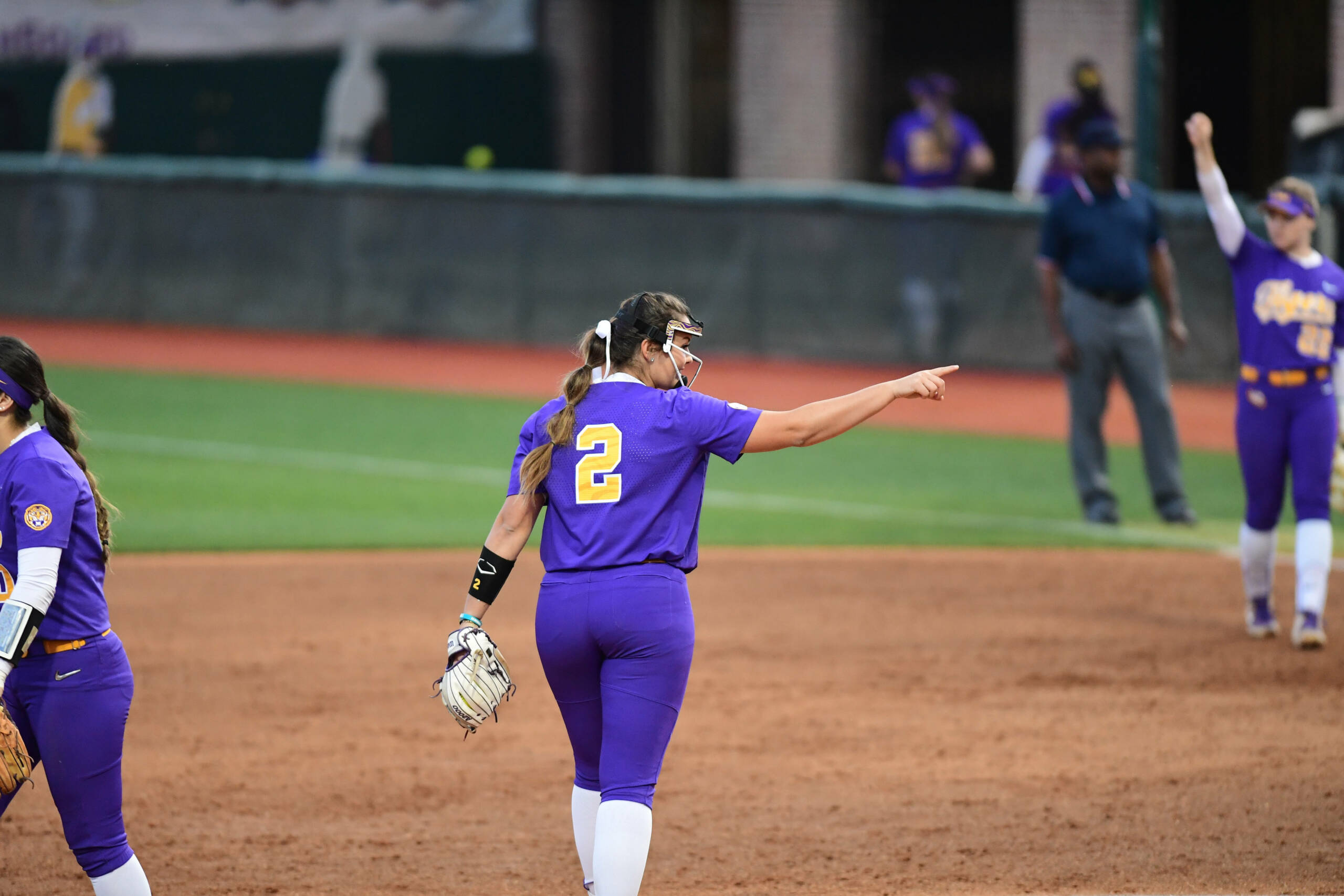 After two scoreless innings, the Tigers put a run on the board in the bottom of the third. The bases were loaded when Amanda Doyle hit a fly ball to center field, scoring Taryn Antoine. With two outs and runners on first and second, Elyse Thornhill hit a two-run double to right field. Amber Serrett singled through the left side on an 0-2 count and Thornhill scored, giving LSU a 4-0 lead going into the fourth inning.

The Cardinals scored one run in the top of the sixth, but the Tigers held off the rest of the Lamar bats. LSU claimed the 4-1 victory after a 1-2-3 seventh inning.

Ali Kilponen secured the game in the circle, pitching five hitless innings before giving up her first hit, and finished with a career-high 12 strikeouts. She improves to 4-1 on the year.

On getting the team prepared for this game…

“It’s not the opponent. It’s more of the fatigue and the midweek and shortened week, playing on a Monday. It was an issue today and it shouldn’t be. I hate making excuses for them, but I did not think they showed up as well as they could have today.”

The Tigers will travel to No. 12 Georgia this weekend for a three-day SEC series. The game on Friday will be at 5 p.m. and will stream on SECN+.