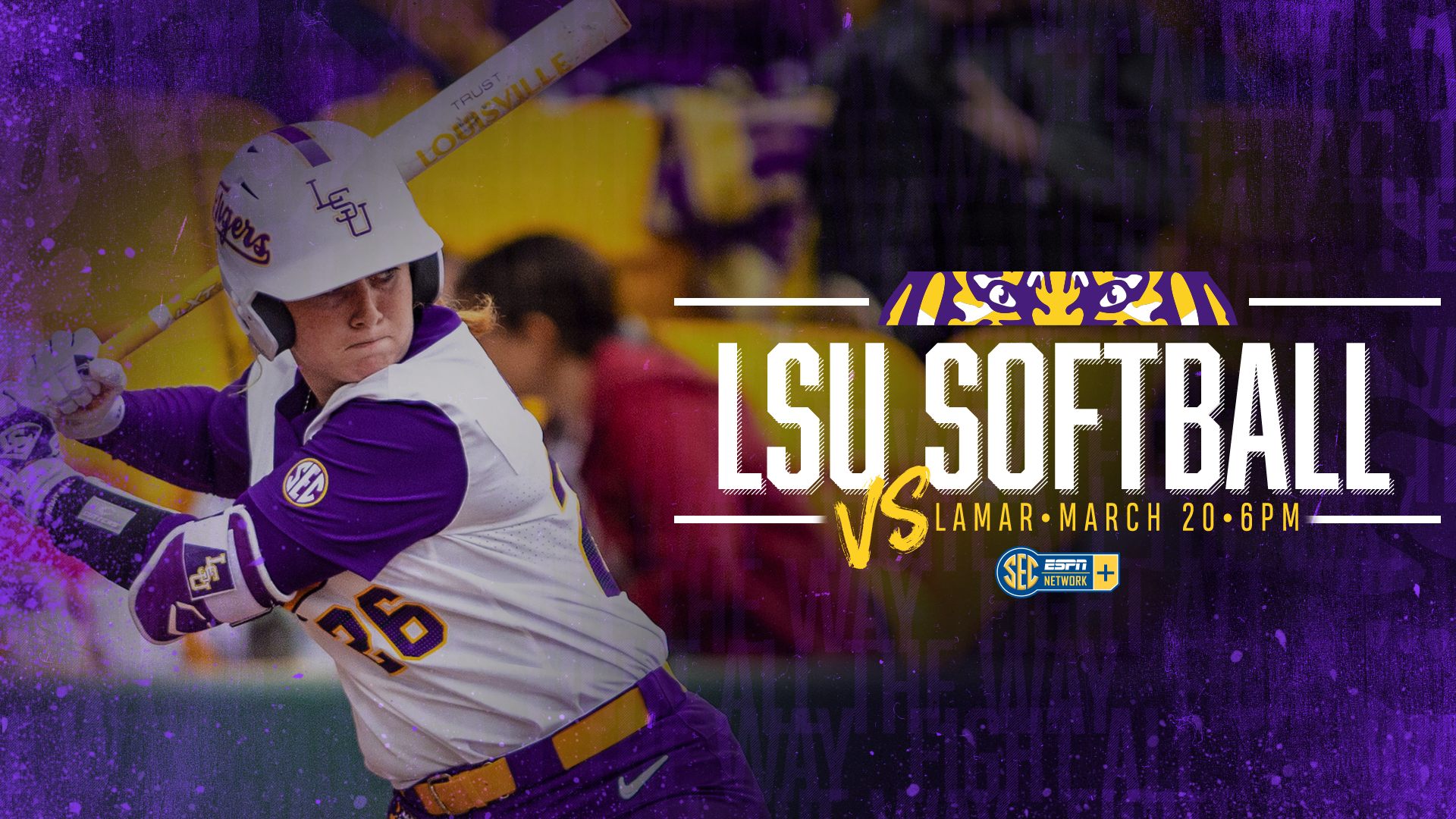 BATON ROUGE – The No. 8/6 LSU Softball team is back in action Wednesday, playing host to Lamar at 6 p.m. in Tiger Park. The game will stream live on SECN+.

The Tigers come into the game with a 24-6 overall record and are coming off a series victory over No. 7 Florida. The Tigers fell 4-3 in the series opener but came back to win the next to by a combined score of 11-2. The Tigers run-ruled the Gators, 8-0 in six innings in game two and then claimed the Monday night victory, 3-2 in walk-off fashion.

Amanda Sanchez led the charge at the plate last weekend, hitting .556 with four extra-base hits, including three doubles and a home run. She finished with five RBI and a 1.222 slugging percentage.

In the circle, Maribeth Gorsuch threw two shutouts last week and struck out nine in 11 innings of work. She picked up the win over No. 7 Florida on Saturday, her seventh on the year.

The Tigers are hitting .344 on the year and are averaging 7.6 runs per game. Over the weekend, the Tigers hit four more home runs, reaching the 2018 final number of dingers at 41.

In the circle, the Tigers own a 1.71 earned run average and have struck out 115 batters in 184 innings. They are holding their opponents to a .175 mark at the plate.

Series Record Against…
The Tigers own the series 1-0. The Tigers claimed the win 10-0 in five innings back in 2014.

Scouting the Opposition
Lamar
Lamar comes into the series with a 14-15 record and a 5-1 record in the Southland conference. Taylor Davis is leading the way with a .341 average. Three players have 10 home runs each. Their opponents are outscoring them 139-90. In the circle, Erin Kyle is 5-2 with the lowest ERA on the staff at 1.22. She has struck out 22 batters in 34.1 innings of work.

What’s On Deck
The Tigers get back to SEC action over the weekend, traveling to Georgia Friday through Sunday. All games will be available on the WatchESPN app with Sunday’s game also airing live on ESPN.