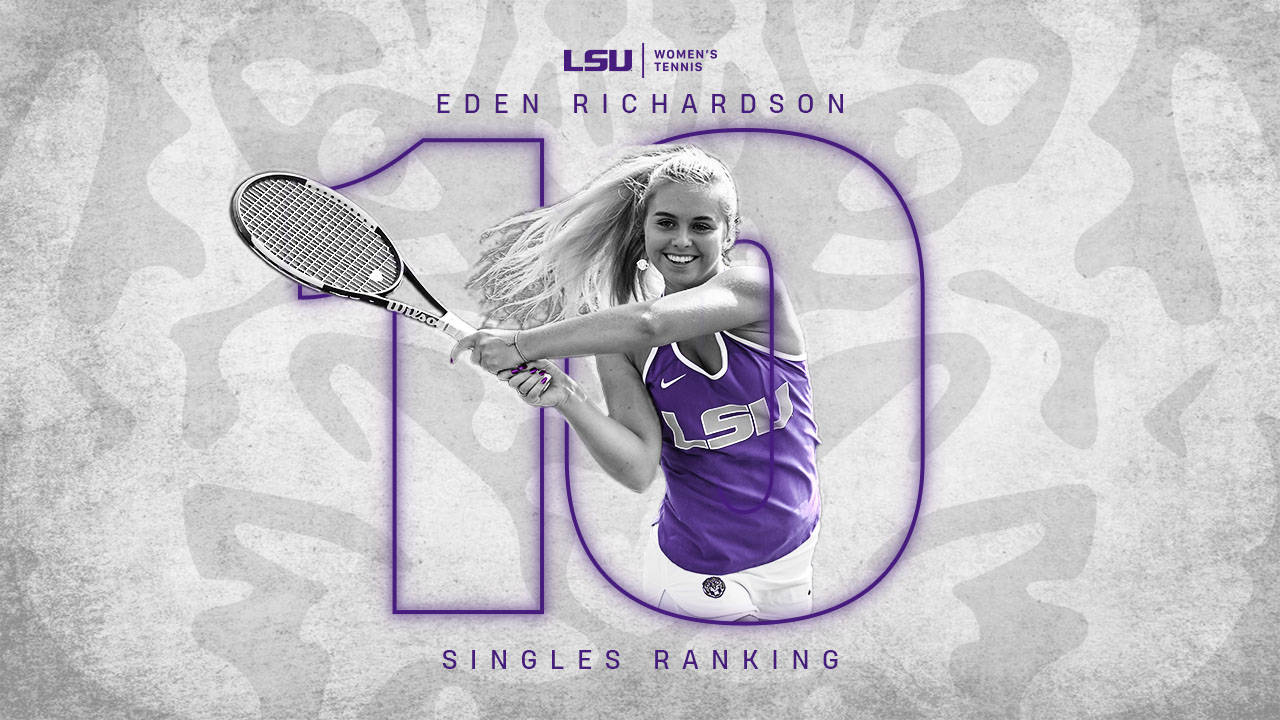 BATON ROUGE — Sophomore Eden Richardson made LSU women’s tennis program history this week when she moved up to No.10 in the latest ITA/Oracle Singles Rankings.

Richardson’s move to No.10 makes her the first Tiger since Jade Lewis in 2017 to be ranked in the singles Top-10, and only the third Tiger in program history to be ranked that high.

Senior Jessica Golovin checked into the singles rankings for the first time since last fall at No. 60. On Sunday, Golovin earned her second Top-10 win of her career when she dispelled Vanderbilt’s Christina Rosca in straight sets, 7-5, 6-1. The win was her ninth of the season, and fourth against a ranked opponent.

In doubles, Richardson and Golovin moved to No. 10. The duo is 10-3 on the season, and has five wins against ranked opponents.

In the team rankings, LSU checked in at No. 21 and remains in the Top-25 for the eighth consecutive week.

Next up for the No. 21 Tigers is a road weekend that starts in Fayetteville against Arkansas at 5 p.m. CT on Friday, March 22 and concludes at Missouri on Sunday, March 24 at Noon CT.