Gorsuch Picks Up First SEC Pitcher of the Week Honor 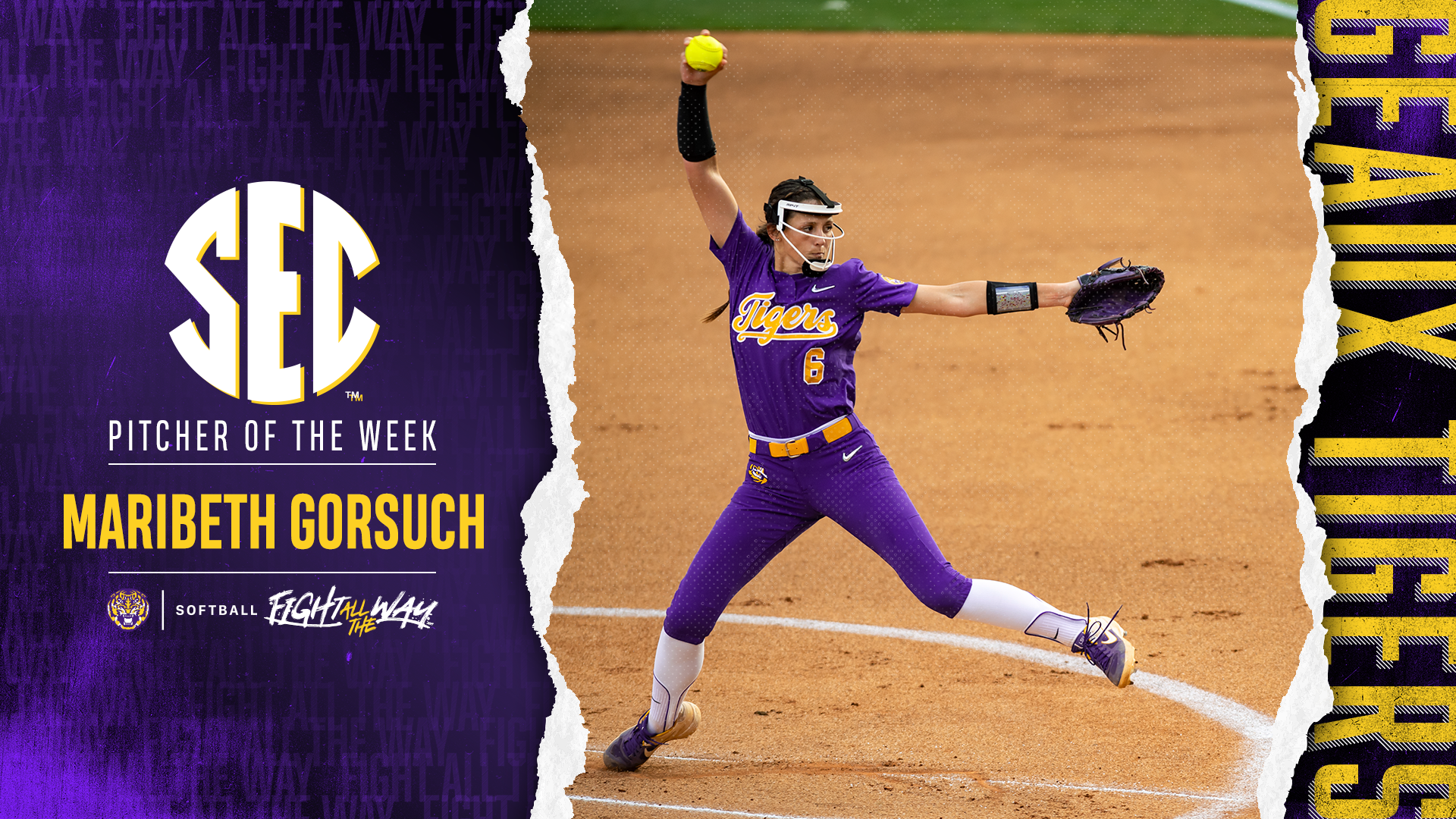 Gorsuch led the Tigers on the weekend with a 2-0 record, pitching two shutouts against Troy and No. 7 Florida. She did not allow a run on the week and struck out nine in 11 innings of work.

Gorsuch leads the pitching staff with a 1.34 earned run average and is 7-0 on the year. She has pitched seven complete games and owns four shutouts. In 52.1 innings of work, the junior has struck out 29 batters.

The Tigers are 24-6 on the season after the series win over the Gators and 4-2 in conference play. LSU faces Lamar on Wednesday in Tiger Park at 6 p.m. before hitting the road to take on Georgia Friday through Sunday.