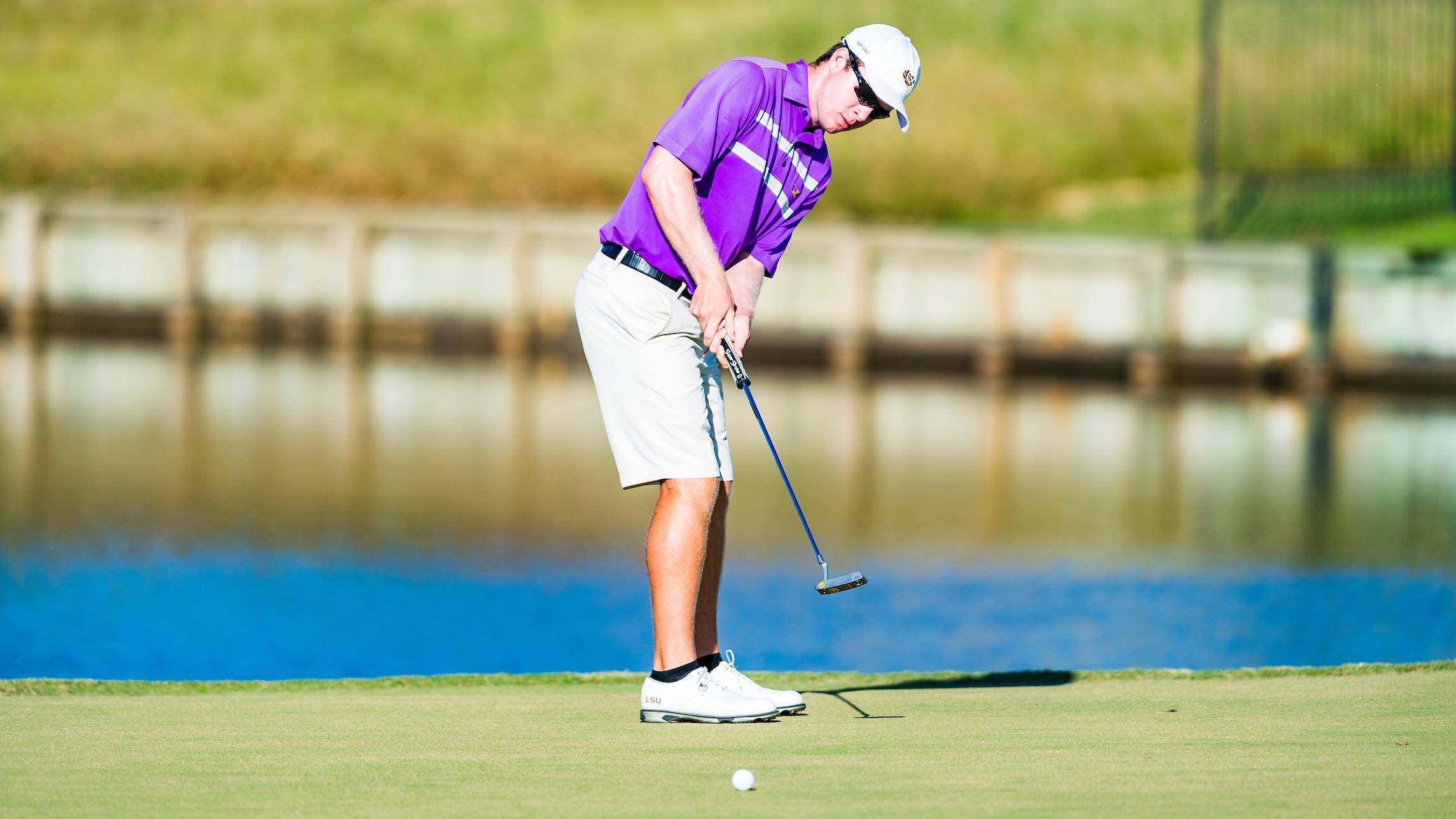 Palm City, Fla. – The LSU men’s golf team closed out the 2019 Valspar Collegiate Invitational on Monday with an 11th-place finish at 1-over 853 (289-272-292) at the Floridian GC. Originally scheduled to be a three-day tournament that ran Sunday through Tuesday, the tournament shifted to a two-day tournament due to incoming weather that was scheduled to arrive on Tuesday and 36 holes were played on Monday.

LSU carded its second-best round of the season Tuesday morning with a 12-under 272. The 272 moved the Tigers as high as sixth on the leaderboard, but a final round tally of 8-over par 292 brought them back to 11th place, the position where they originally started the day at. No. 6 Wake Forest won the tournament with a 25-under 827 (278-270-279).

Garrett Barber fired the best round of his collegiate career with a 5-under 66 to start the day. Starting on the back nine, Barber had no trouble at all on the first nine holes of the round. He started the round with three pars before he sandwiched birdies around another par on No. 14. He then went par, par, birdie to close out the first nine holes with a 3-under 33. The front nine was a little bit more tricky for the Florida native; he registered only two pars, but he rolled five birdies, four of which came in a five-hole stretch from Nos. 4-8, and then he had a bogey on No. 2 and a double on No. 7 to card a 33 on the front nine. Add those two 33s up and it was a 5-under 66 for Barber. The 66 by Barber tied for the second lowest round of the year by an LSU player.

Luis Gagne was one stroke off Barber’s pace with a 4-under 67. Gagne went out hot with four birdies in his first nine holes including two on Nos. 17 & 18, and then his front nine consisted of one birdie, seven pars and a bogey. Philip Barbaree joined Gagne and Barber by adding in a counting score of 3-under 68. Barbaree’s play was steady the whole round with four birdies, 13 pars and one double bogey. Nathan Jeansonne added in an even par 71 and Trey Winstead shot a 3-over 74.

Trey Winstead was the only Tiger to score in red figures in the final round. He fired a 3-under 68 to earn himself a tie for 40th place at 3-over 216 (74-74-68). Round three for Winstead consisted of five birdies, 12 pars and a double bogey.