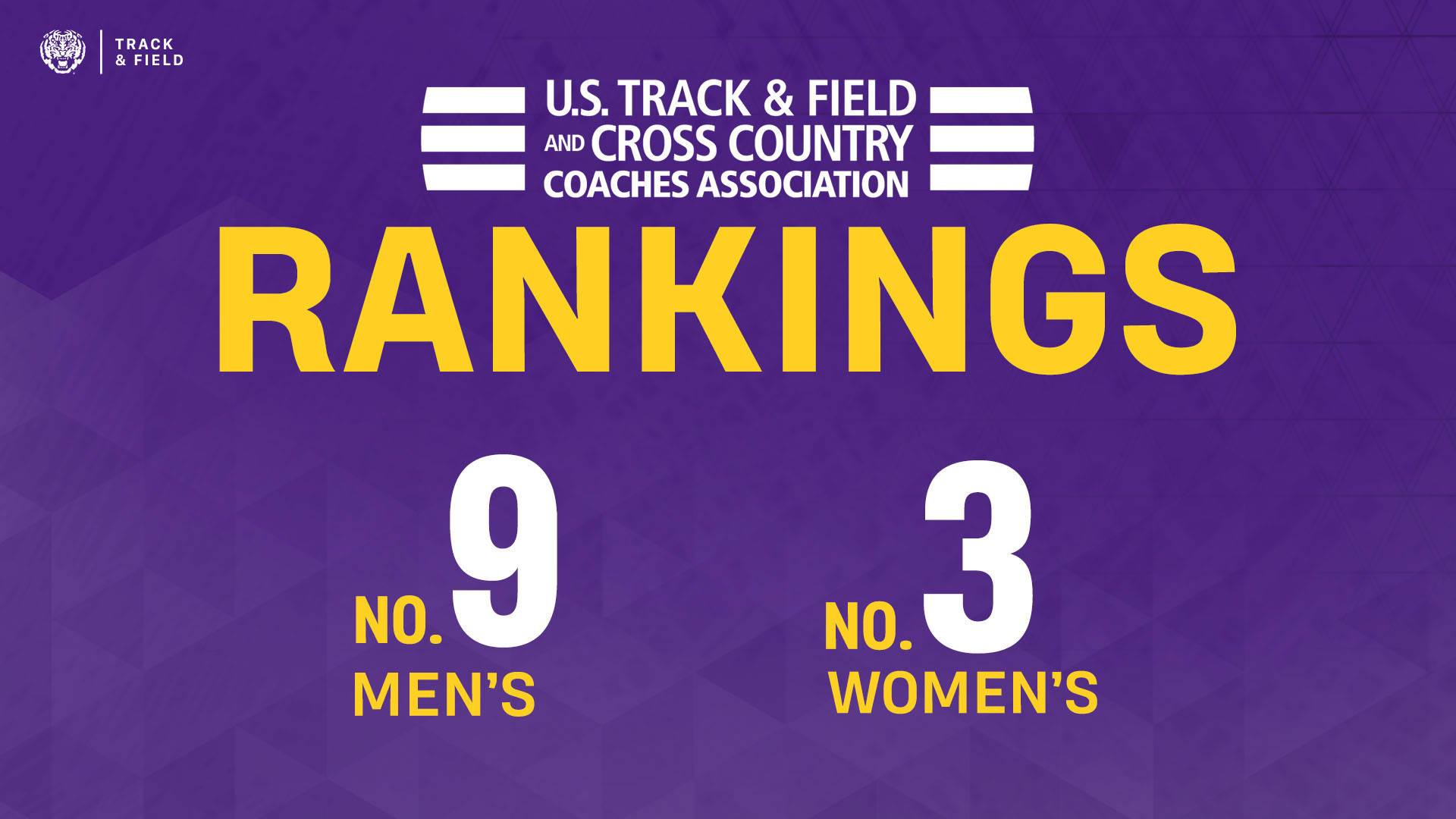 Baton Rouge, La. – The first batch of the U.S. Track & Field and Cross Country Coaches Association outdoor rankings came out on Monday (March 18), and it has the women of LSU ranked third nationally, while the men check in at No. 9.

LSU opened up the 2019 outdoor season last weekend at the Louisiana Classics and captured 11 titles at the season-opening meet.

The LSU men’s squad returns 26.5 of 28 points scored from last year’s NCAA outdoor championships that they finished eighth at. Jake Norris (hammer throw) and Damion Thomas (110m hurdles) both registered third-place showings in their events during their freshman seasons at the national meet. Norris set the school record in the hammer throw at the NCAA meet with a career best heave of 240′ 3” to earn his bronze. Thomas ran a 13.45 in the finals of the 110 meter hurdles to capture his bronze; he was just three hundredths of a second off the national title pace in that final.

Jaron Flournoy, a 8x All-American, scored for LSU last season in both the 200 meters and 4×400 meter relay at the NCAA Championships. He clocked a time of 20.43 seconds in the finals of the 200 meters to place fourth and he anchored the 4×400 meter relay – Jahnoy Thompson, Correion Mosby, Renard Howell, Flournoy – to a bronze medal with the third-fastest time in program history, a 3:00.55. Thompson, Mosby and Flournoy all return for their senior campaigns this spring. Rayvon Grey, who just won his first ever NCAA title last weekend in the long jump at the NCAA indoor meet, will look to better his finish from the 2018 national meet. Grey leaped out to a mark of 26′ 1.50” in the long jump to earn fourth-place honors at the 2018 NCAA Outdoor Championships.

Tyler Terry (JUCO transfer), Mercy Abire (Oral Roberts), and Lisa Gunnarsson (Virginia Tech) are three transfers who have a chance to score on the national level for the Tigers. Freshmen are not included in these rankings until they register a mark on the collegiate level, so Mondo Duplantis (pole vault), Sha’Carri Richardson (sprints), and Katy-Ann McDonald (mid-distance), freshmen who all competed at the NCAA indoor meet for the Tigers, do not factor into these rankings yet.