LSU Beach Holds Steady at No. 4 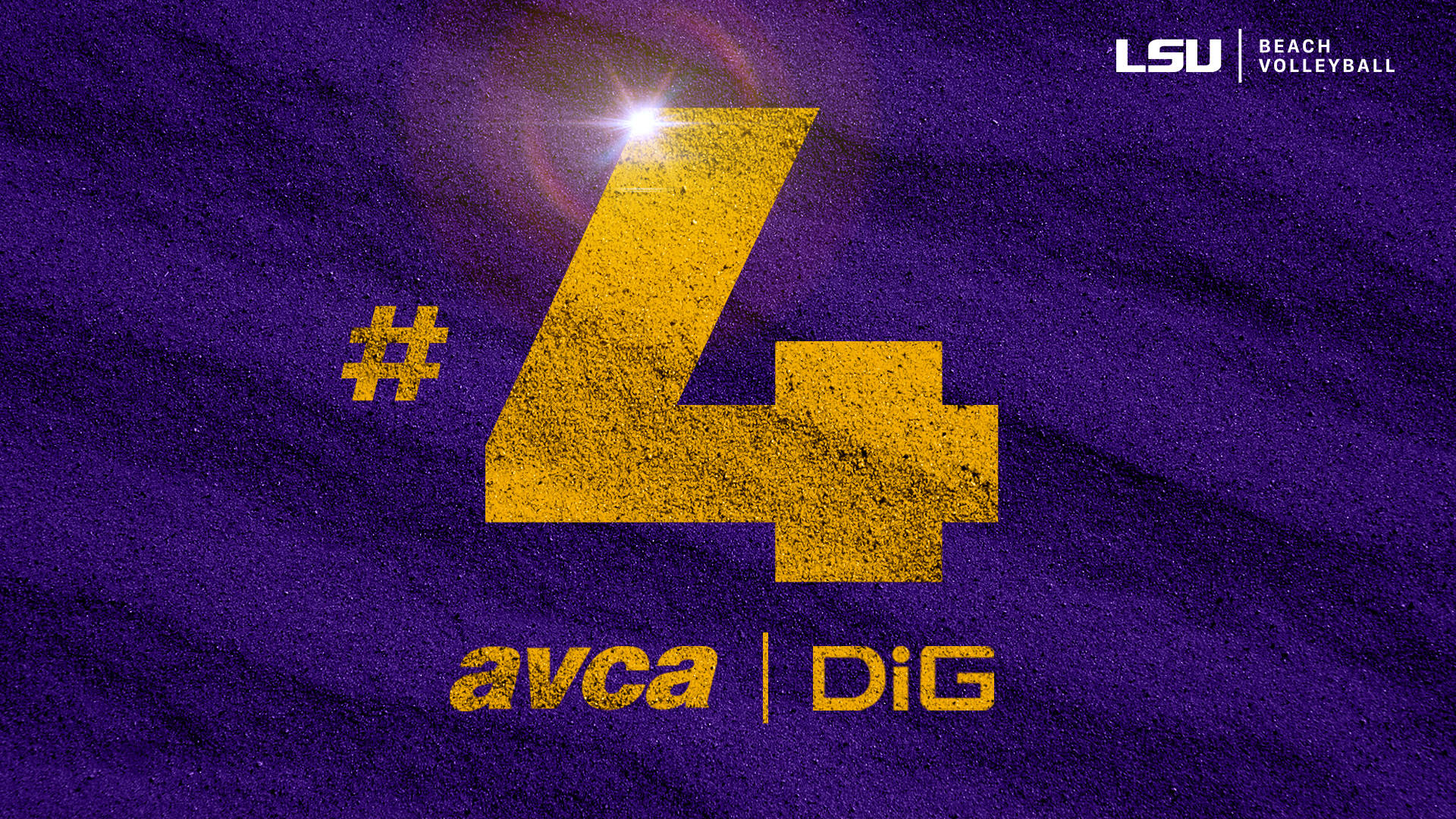 BATON ROUGE – After sweeping Coastal Carolina 5-0 Friday night, the LSU Beach Volleyball held steady at No. 4 in both the AVCA and DiG Magazine rankings, announced Monday.

The Tigers have now been in the top-five for three of the past four weeks and the AVCA top-10 for the past 28 weeks. The number four ranking is tied for highest in program history, first achieved February 25 earlier this season.

LSU has notched victories over five teams ranked in the top-10. Pepperdine and Florida State were both ranked No. 3 when the Tigers defeated them.

The Tigers will host three round robin tournaments over the final four weeks of their season. LSU has won 22 of their past 23 home matches dating back to 2017. The Tigers played at an off-campus beach volleyball before LSU Beach Volleyball Stadium opened in January.

The first of those three tournaments will be this Friday and Saturday for the Tiger Beach Challenge. LSU will play host to North Florida, Tulane, No. 19 Georgia State and Southern Mississippi this weekend.

LSU’s first match of the weekend against North Florida, Friday at 2:45 p.m. CT will be televised on Cox Sports TV.