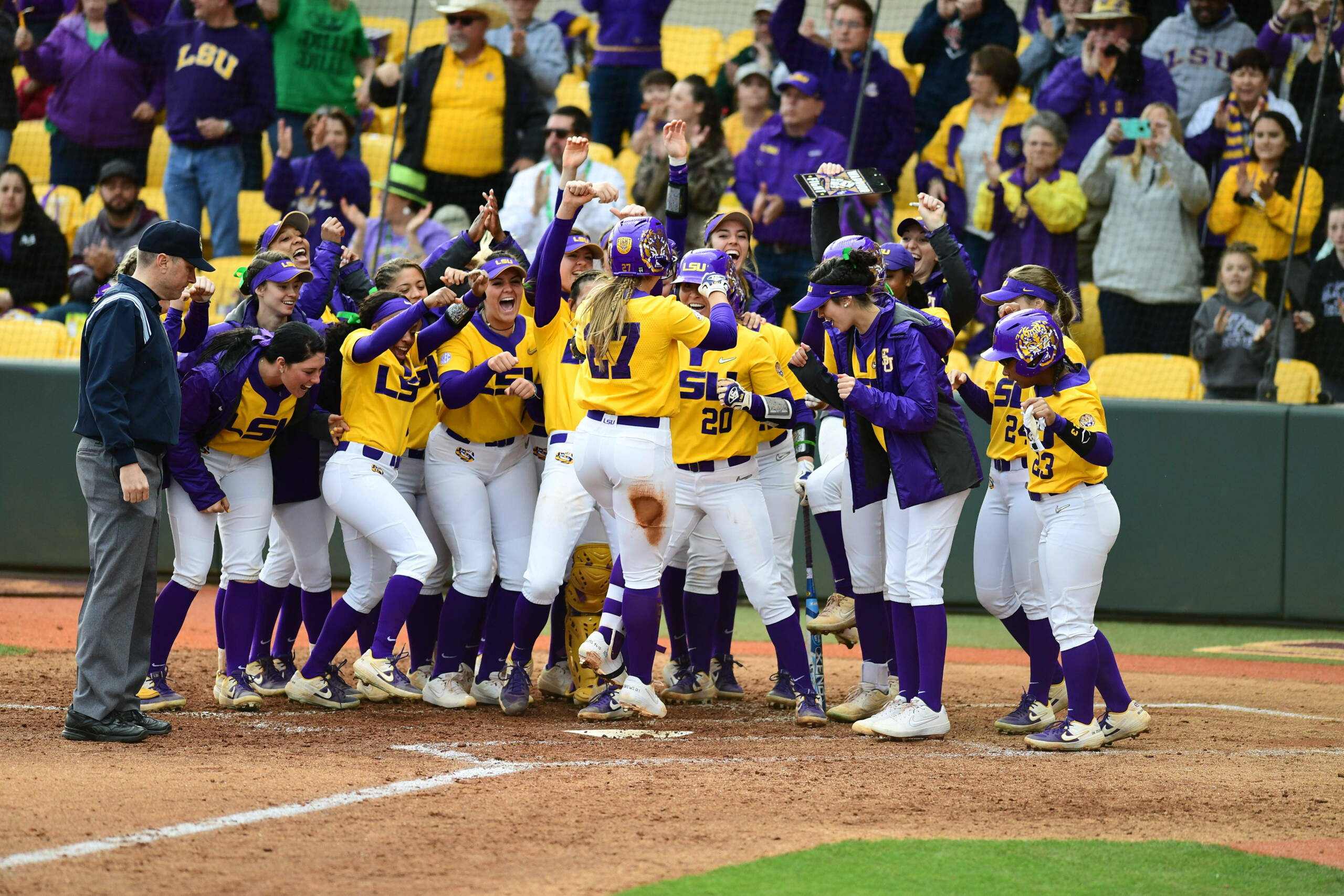 BATON ROUGE — The No. 9/8-ranked LSU softball team claimed its 12th run-rule victory of the season with an 8-0 win over No. 7 Florida on Sunday afternoon in Tiger Park. The Tigers evened the weekend series after dropping the first game on Saturday.

Maribeth Gorsuch got the start in the circle and with the help of LSU’s defense, pitched the Tigers to their 13th shutout this season. Gorsuch struck out four and allowed just three hits on 117 total pitches.

LSU was the first to get on the board when Shemiah Sanchez hit a two-run dinger over the left field wall in the second to give the Tigers a 2-0 lead.

In the third, Amanda Sanchez was hit by a pitch but it was called back. When she got back to the plate she hit a solo home run over the right field wall to give LSU the 3-0 lead. Sanchez finished the day 2-for-2 at the plate with two RBIs.

The Tigers made it a 5-0 game in the fifth. Amanda Sanchez singled to left field and Shelbi Sunseri followed up with her 12th home run of the season.

LSU punched in another run in the sixth when Amber Serrett scored on an error with no outs. With the bases loaded, Amanda Sanchez drew a walk to push Karrington Houshmandzadeh, pinch running for Michaela Schlattman, across home plate and give LSU a 7-0 lead. The Tigers captured the run-rule victory when Taryn Antoine scored on a wild pitch.

“She worked really hard this week. The whole pitching staff did. They put in a lot of extra time so I’m glad that it paid off for them. I think it’s nice to see if you put in the work then it pays off. It’s scary when you don’t have that outcome, but it was great to see the work pay off today. She does a really good job against them.”

On her message to the team following Saturday’s loss…

“I don’t really think you have to get them up for this. They’re fired up for these games and it’s kind of what we talked about yesterday. If you’re not fired up to play a team like this then why are you here? Why are you doing this? They were fired up. They didn’t need me to say much.”

The Tigers will take on Florida Monday at 6 p.m. in Tiger Park for the series finale. The game will air live on SEC Network.