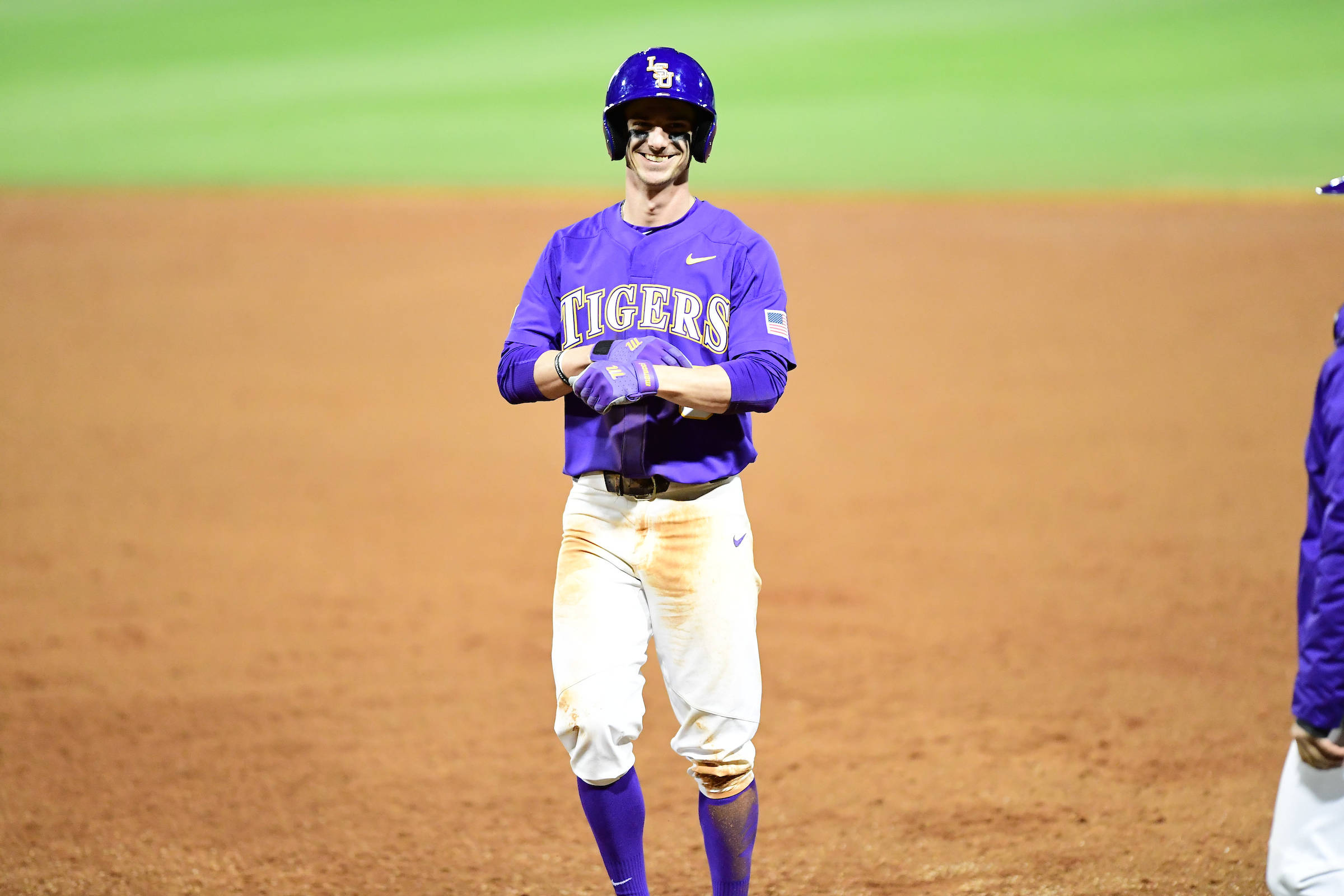 Perhaps no sport has produced more maxims than baseball, and certainly none has produced one truer than this one: chicks dig the long ball.

And when Zach Watson came up to the plate in the bottom of the fourth inning on Saturday night against Kentucky, there was one lady, in particular, he wanted to impress with his power.

High above Watson, in the heart of the Alex Box Stadium press box, sat his niece, the junior announcer for the game.

“That whole at bat, I was trying to hit a home run, because my niece was up there introducing for the fourth inning,” Watson said. “I really wanted to get up there and hit a home run for her.”

Facing a 2-2 count and having just seen Kentucky’s pitcher bounce two curveballs in a row, Watson knew a fastball was coming. He sat on it, and, using a tweaked swing, surging confidence, and the motivation only a niece in need of impressing can offer, Watson blasted a 400-foot homer, his second of the season and the exclamation mark on an unforgettable night.

The junior centerfielder finished Saturday’s double-header with six hits, going 2-for-5 and scoring the tying and winning runs in the first game before going 4-for-4 with 5 RBIs in the second, a 16-4 LSU win.

The day began inauspiciously enough. In his first two at bats of game one, Watson struck out. In his third, he popped up to second base. The hot streak he entered the game with – 20 hits in his previous 44 at bats – seemed as if it’d been doused with liquid nitrogen.

“I started off bad, but I just tried to keep my head in it,” Watson said. “I knew we had a long day ahead of us and I couldn’t get down on myself.”

Zach Watson said he was trying it hit a home run for his niece, who was the junior announcer the inning he came up to the plate.

He was only getting started.

In game two, Watson accounted for nine of LSU’s 16 runs – driving in five and scoring four. The only thing he left the ballpark upset about Saturday night was walking in his final at bat.

“That last at bat, I was trying for it, I was,” he says. “I really didn’t want to walk, and I was pretty mad when I did. The triple is the hardest one to me.”

Nothing looks hard at the moment for Watson at the plate. Since sliding into the two-hole five games into the season, Watson is hitting .491 (26-for-53) with two homers, seven doubles, and 13 RBI. That came after a frigid start to the season in which he managed just three hits in 20 at-bats.

“Once he made that move to the two spot, I don’t know what it is about that,” said head coach Paul Mainieri. “I don’t know that they’re all so afraid that Josh Smith‘s going to steal that he’s seeing more fastballs or anything like that. Maybe it just works.”

Watson pointed to a couple of changes he made to his swing: staying in his legs more, and working to hit the middle of the ball rather than pulling off of it. His goal every at-bat, he says, is to hit the ball as hard as he can right back up the middle.

Unless he’s trying to impress his niece.

“Watty is amazing,” Mainieri said. “He can be as hot as anything, and he can also go through cold spells. It’s a humbling game. You can go from being hot as can be to very cold, very quickly. He’s on a hot streak now. He’s swinging with a lot of confidence. That bat is flying through the strike zone. Good for us.”