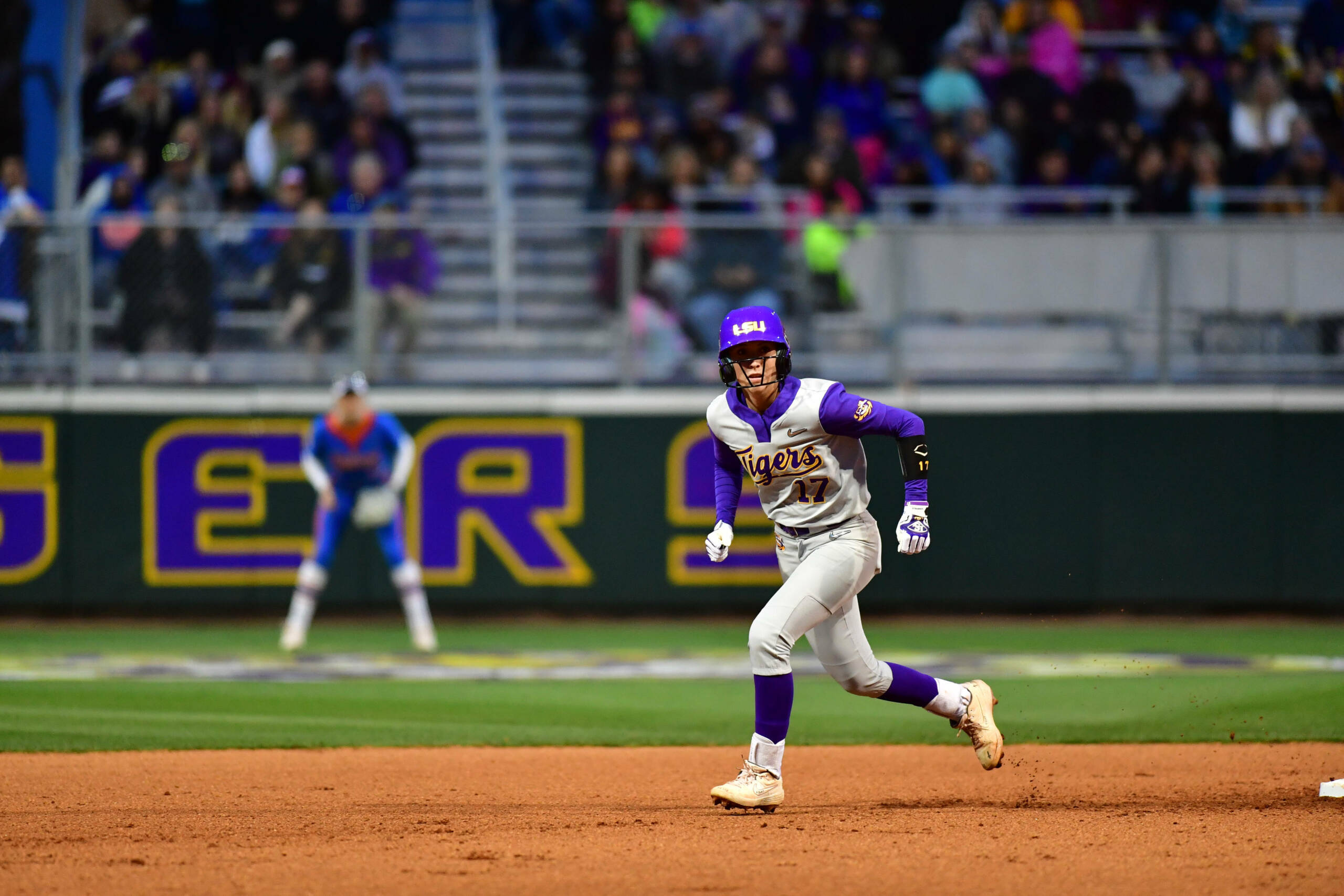 After four scoreless innings, Senior Amber Serrett hit a double to left-center field to get the first hit of the game for the Tigers. Savannah Stewart stepped up to the plate and ripped the ball to right field, making it to third base and scoring Serrett. LSU led 1-0 going into the sixth inning.

LSU continued to hold off the Florida bats in the sixth inning with Shelbi Sunseri facing only three batters, striking out one. In the bottom of the inning, Amanda Sanchez reached base on a hit-by-pitch, her second one of the game, but LSU was unable to score.

With the Tigers still leading 1-0 in the top of the seventh inning, Florida got on base with a pair of walks and a hit to right field. With two outs and the bases loaded, Florida took a 4-1 lead with a grand slam. In the bottom of the inning, Elyse Thornhill reached base on a walk, followed by a two-run home run from Serrett. The next three batters went down in order and Florida claimed the 4-3 victory.

Sunseri took the loss in the circle, falling to 6-4 on the season. She finished with two strikeouts and allowed three hits, including one through the first six innings.

On competitiveness of game…

“You know it’s going to be a chess match when you’re playing someone of this caliber. That’s the fun part about it, just trying to figure where they’re at, what they’re looking for and just trying to do the opposite. The strategy of it as a coach is fun. These coaches in the SEC are so good. They really make you up your game and challenge you as a coach.”

On two run homerun in the bottom of the 7th…

On going into the game tomorrow…

“I think they just want to win this series and they know that they can still do it. They got to do it one pitch at a time, got to execute. They are still confident they can pull it off.”

The Tigers will take on Florida Sunday at 4 p.m. in Tiger Park for the second game of the series. The game will air live on SEC Network.