Baseball Walks Off to Claim SEC Opener Against Kentucky 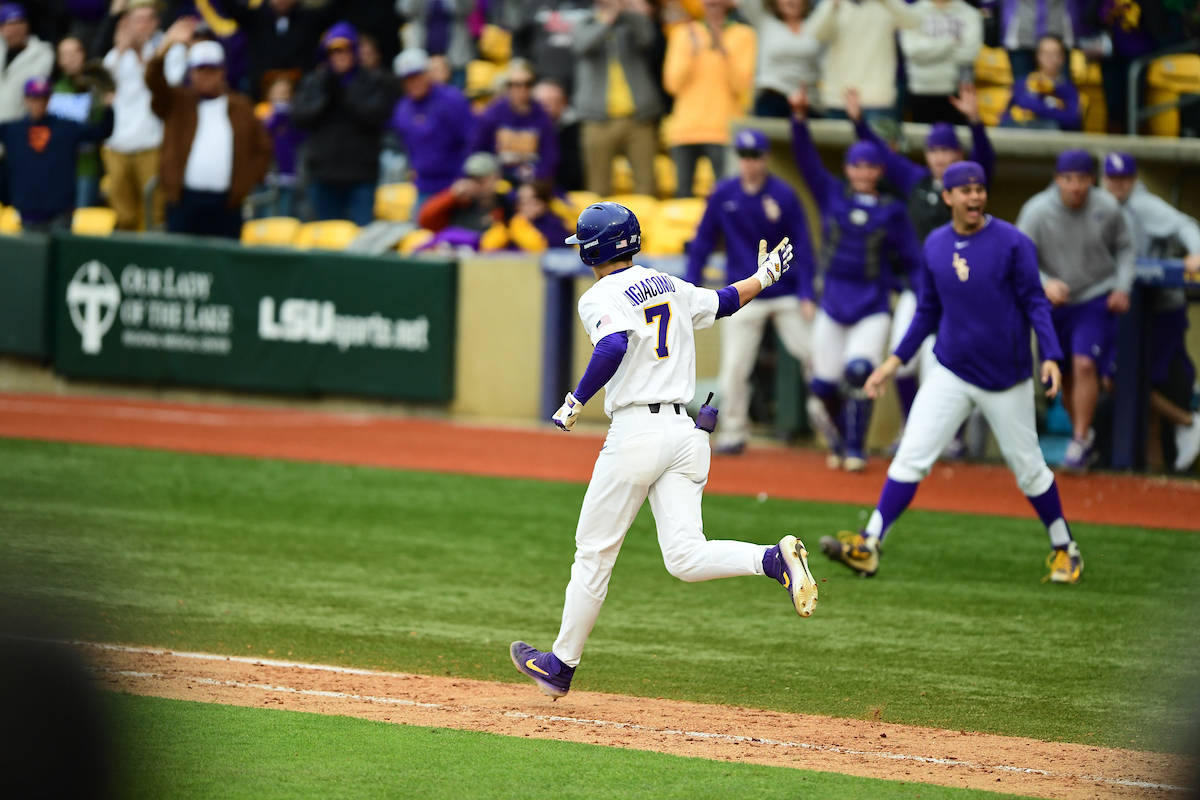 BATON ROUGE – Freshman Giovanni DiGiacomo entered to pinch hit with one out and the bases loaded in the bottom of the 12th inning and drew a walk to bring in center fielder Zach Watson as the No. 10 LSU baseball team defeated Kentucky in walk-off fashion to claim the series opener, 2-1, Saturday in Alex Box Stadium, Skip Bertman Field.

The 12th-inning rally was started by Watson who singled through the left side to open the inning. With one out, third baseman Chris Reid slapped a single to left field and moved to second on a fielding error to put runners in scoring position. Kentucky elected to intentionally walk left fielder Daniel Cabrera to load the bases for DiGiacomo.

Zack Hess was brilliant limiting Kentucky to one run on four hits, walked six and struck out six in seven innings. The Tigers turned the ball over to Devin Fontenot (3-0), who was dominant in his five-shutout innings. The sophomore tied his career-high with five strikeouts and limited the Wildcats to two hits.

Right-hander Trip Lockhart (0-1) suffered the loss after allowing one run on two hits and walked one in 1.1 innings.
Kentucky starter Zach Thompson blanked LSU in his six innings of work. He allowed four hits, walked two and struck out nine.

Left fielder Breydon Daniel led off the top of the first inning with a walk before he stole second. Back-to-back singles by right fielder Ryan Shinn and designated hitter T.J. Collett allowed Daniel to score to give Kentucky the 1-0 lead.

Watson singled to center field to lead off the bottom of the eighth inning and moved to second on a wild pitch. With one out, the Tigers drew back-to-back walks from Reid and Cabrera. Freshman designated hitter Drew Bianco worked a walk to bring in Watson and tie the game, 1-1.