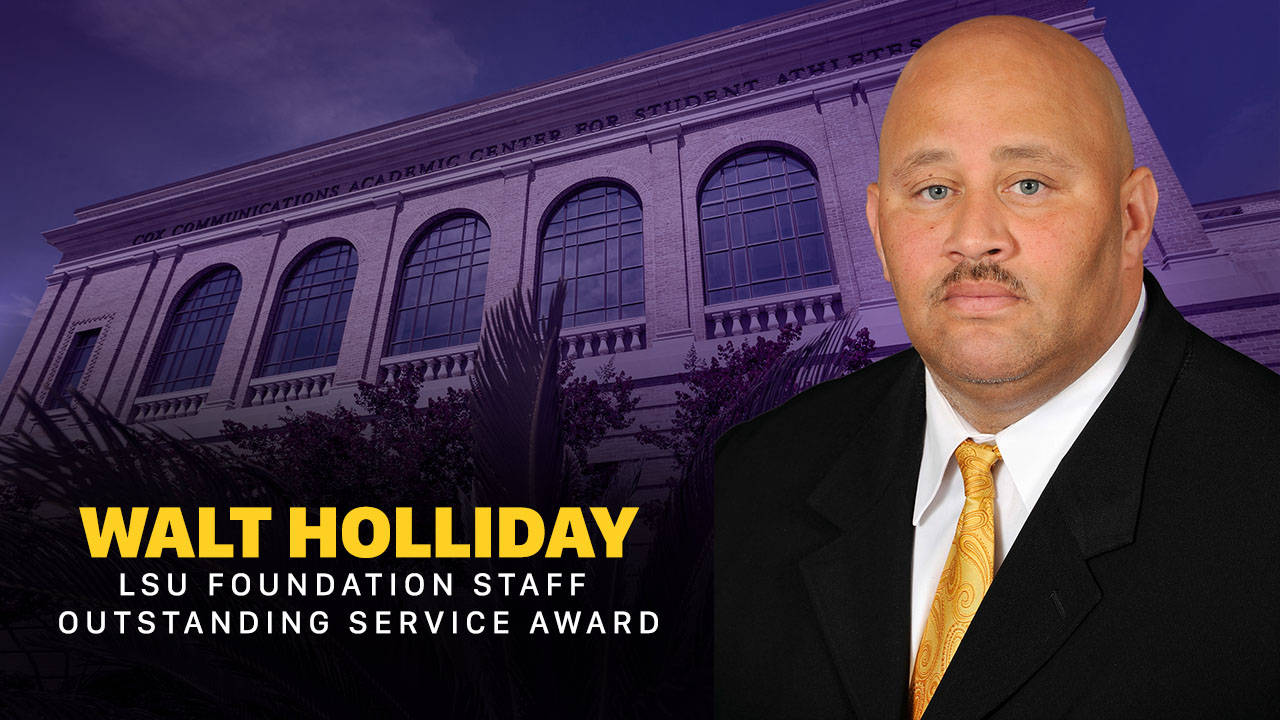 The honor is an annual award established to recognize the superior work performance and outstanding contributions of full-time, non-academic staff employees of the LSU campus and the LSU Ag Center.

Holliday has been a part of the CCACSA staff since July of 2009 and has served as the lead advisors for football student-athletes. Holliday teaches them strategies on a daily basis to ensure success within academic and personal development. His programs for these student-athletes include everything from nutrition to life skills. He also manages and supervises the Cox Communications Academic Center for Student-Athletes’ Academic Affairs team and is responsible for providing leadership and direction in their pursuit to be leaders in the industry and profession.

Holliday is a widely respected leader in the LSU community. His response to his award says a lot about his humility and character. When asked about his nomination and winning Holliday said “A bunch of people were texting and telling me congratulations and I was so confused. It wasn’t until I saw the email when I knew what was going on. I would have never expected this.”

Not only has his easy-going personality gained him this vote, but also all of the many things he has done to deserve this nomination. In 2012, Holliday won the N4A Service Award for his heavy involvement in the National Association of Academic and Student-Athlete Development Professionals. He served on the Executive Board from 2000-2002 as the Region I Director, 2013-20015 as the Region II Director, and most recently as the Division Director for Student-Athlete Development from 2015-2017.

“It’s important to give back to the organizations you are a part of because you want your profession and community to grow and improve.” Holliday is passionate about his job and says his motivation comes from the students. He sees how he affects his student-athletes’ lives when they come back and thank him for all that he has done for them.