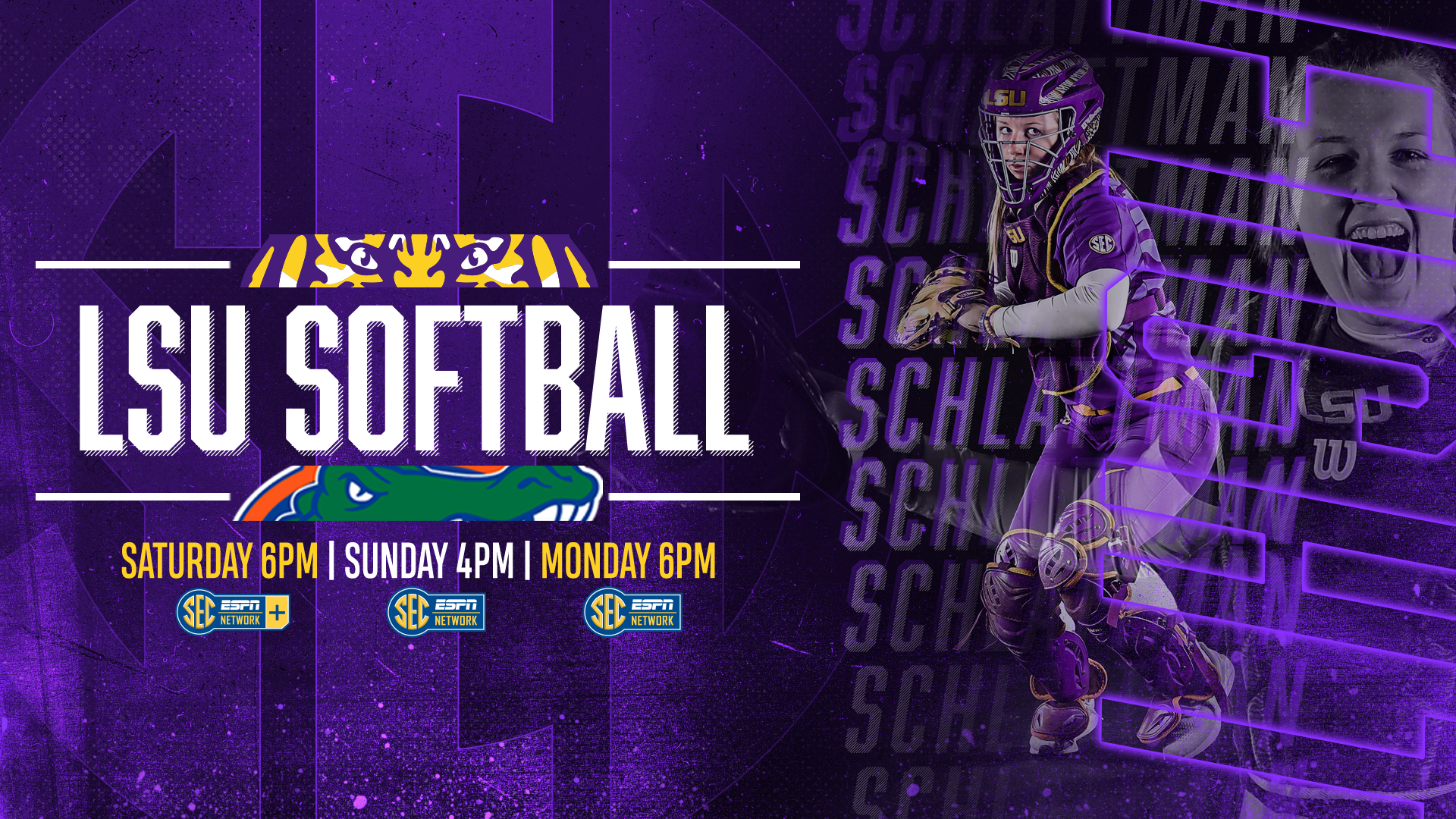 Game one will be at 6 p.m. and will stream live on SECN+ with Patrick Wright radio play-by-play. Game two (4 p.m.) and three (6 p.m.) will air live on SEC Network with Beth Mowins, Michele Smith and Amanda Scarborough on the call.

The Tigers go into the weekend with a 22-5 overall record and a 2-1 record in the SEC. Last weekend, the Tigers downed Texas A&M 17-3 in five innings and shutout the Aggies on Saturday, 6-0 to claim the series.

Amanda Sanchez led the Tigers over the weekend, hitting .700 with five RBI, two home runs, four runs scored and a 1.300 slugging percentage. She was tabbed as SEC Player of the Week. Sanchez is tied for first in the nation and in the conference in doubles with 12.

In the last six games, the Tigers have hit 13 home runs and have outscored their opponents 63-15. They are hitting .405 with 68 hits, including 15 doubles and have walked 29 times.

The Tigers are hitting .355 on the year which is second-best among the conference. Amanda Sanchez leads the squad with a .500 batting average and leads the league in doubles with 12. Shelbi Sunseri is hitting .468 with 11 home runs and 36 RBI.

In the circle, Shelby Wickersham leads with a 1.30 ERA and a 7-1 record. Maribeth Gorsuch is right behind with a 1.51 ERA and a 6-0 record with three shutouts. Sunseri is 6-3 with a 1.64 ERA and four shutouts. She leads the team in strikeouts with 38 in 47 innings of work. As a staff, the Tigers are holding their opponents to a .176 batting average and own a 1.66 ERA.

Series Record Against…
The Tigers own a 33-30 all-time record against the Gators. Beth Torina is 5-12 against the Gators at LSU and 6-16 overall in her career.  Last year, the Tigers claimed the second game of the series, a 3-0 shutout victory. Michaela Schlattman led the Tigers in that series with a .571 average. She hit two home runs and tallied five RBI for a 1.429 slugging percentage. Shemiah Sanchez hit .444 with a double and a home run. Maribeth Gorsuch got the win in the circle.

Scouting the Opposition
Florida
Florida comes into the weekend with a 23-4 overall record. The Gators claimed a victory over UCF on Wednesday after falling to SEC foe Tennessee 1-2 in the opening SEC series.

Amanda Lorenz is leading the Gators with a .450 batting average. She has hit eight home runs, four doubles and a triple to go along with 24 RBI and 66 total bases. The Gators are hitting .304 on the year and have score 146 runs thus far.

In the circle, Kelly Barnhill continues to be the ace for the Gators. She is 14-2 with five shutouts and seven complete games. In 82.2 innings of work, she has struck out 130 batters and is holding her opponents to a .145 average at the plate. As a staff, the Gators own 11 shutouts and a 1.58 ERA.

What’s On Deck
The Tigers return to midweek nonconference action on Wednesday, playing host to Lamar before hitting the road for SEC action at Georgia next weekend.