Mainieri Keeps His Father's Lessons Close to His Heart 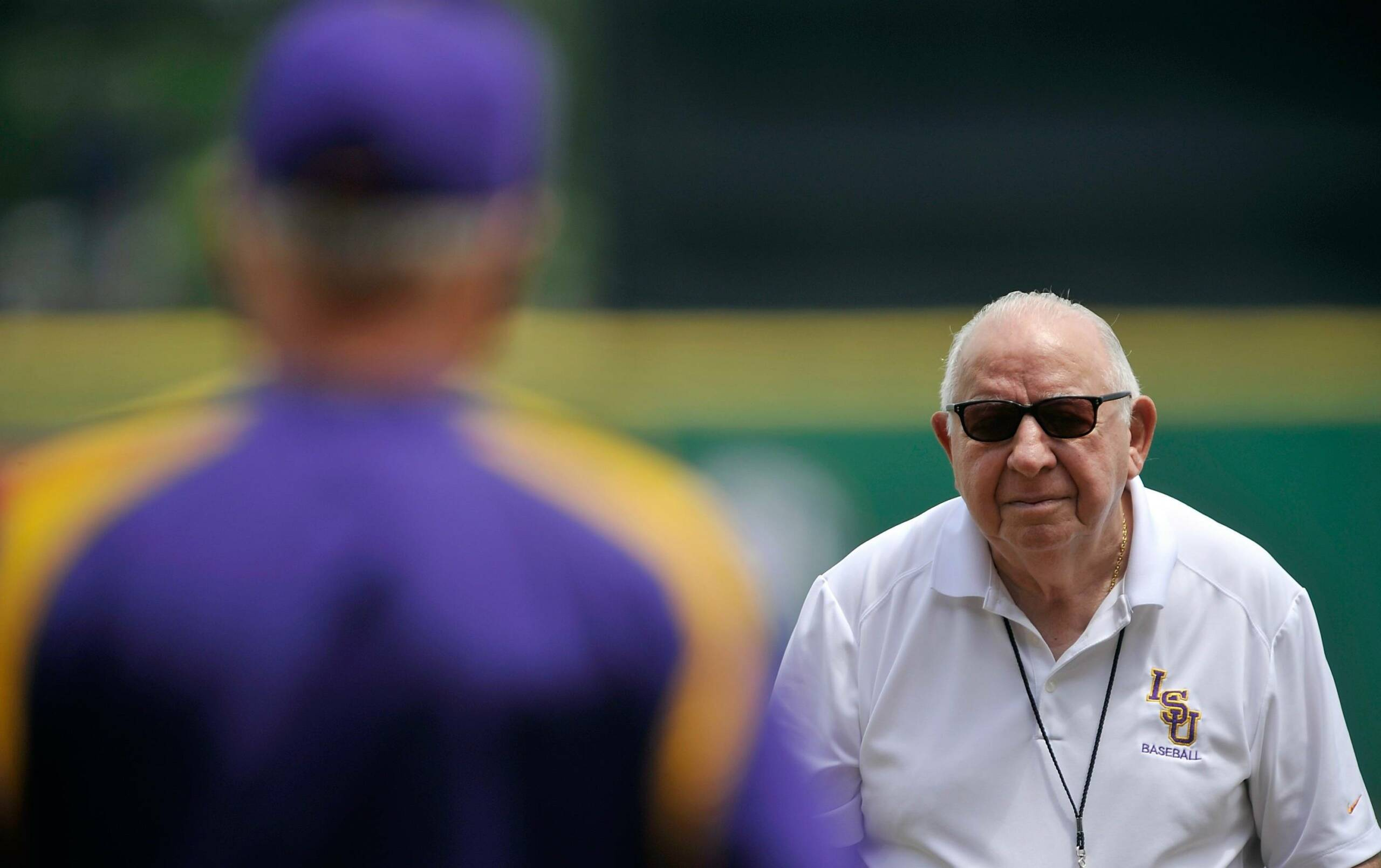 Hours after his father passed away, Paul Mainieri was on a baseball field.

Where else would he be? In Demie Mainieri’s 90 years of life, he won more than 1,000 baseball games as a junior college coach, raising his children in dugouts and batting cages and freshly cut fields. Through baseball, he taught his children and his players and his colleagues countless lessons that had both everything and nothing to do with the sports, lessons about decency and hard work and integrity.

Those lessons have embedded themselves in the hearts and minds of those who knew Mainieri best, and no one knew him better than his son, who took his grief Wednesday to the place where he guesses he spent “80 percent of our lives together” with his father.

“People wondered if I would coach the game last night,” Mainieri said Thursday, a day after LSU’s win over Texas Southern, “but for me, there was never any doubt. My dad always said, ‘It’s not about you, it’s about the kids. You have to be there for the kids, always.'”

So Mainieri was there. He admits he didn’t do much coaching, thanking his staff of Alan Dunn, Sean Ochinko, and Nolan Cain for handling the decision-making duties.

“I needed to show my players, there’s a lot of hard things in life, but you deal with them. I wanted them to know I was going to be there for them. That’s why I went into coaching, because your players are everything to you.

“Those are lessons that I learned from my dad. Now that he’s passed, that doesn’t mean things change.”

This weekend, as LSU opens SEC play at home against Kentucky, Mainieri will coach with a heavy heart, knowing he will bury his father on Monday. He will not be the only one to mourn the loss of Demie, who was a legendary coach, athletic director, and mentor in South Florida.

As a coach, he was the first junior college coach to win 1,000 games, finishing his 30-year tenure at Miami-Dade North Community College with 1,012 victories. He coached 30 Major Leaguers and won the 1964 junior college national title, later receiving induction into seven halls of fame.

“He’s pretty much a legend down in South Florida,” Mainieri said of his father. “I was talking to (former LSU baseball coach and athletic director) Skip (Bertman) earlier, and Skip said it best: He was the first one. Skip learned from him. (Former Miami baseball coach) Ron Fraser learned from him. All the great coaches down there, Dad was the leader. He was the one who started it all and made them take college baseball seriously down in South Florida. That’s going to be a big part of his legacy.”

As athletic director, Demie Mainieri was, in his son’s words, a maverick. He hired both the first African-American coach (Nathaniel “Traz” Powell) and administrator (Carrie Meek) in the college’s history, risking his job in the name of doing the right thing.

“I remember my dad telling me the story that when he went in there and told them who he wanted to hire, the president didn’t want him to hire them,” Mainieri recalled. “And Dad says, ‘Well, you’re going to have to fire me, because I’m hiring him, because they’re the best people for the job.’

“My dad was raised a certain way by his parents, and he believed in certain things. Nobody was ever going to make him change.”

Mainieri received a call from his brother Wednesday morning just minutes after his father passed away. He immediately drove to St. James Place and spent the next three hours with his father, who no longer looked, in Mainieri’s words, like “the 90-year-old man who had been struggling with his health.”

“As soon as he passed, I saw the young coach, mentor, and leader of people,” Mainieri said.

Despite the obvious difficulty of dealing with his pain, Mainieri said he doesn’t plan to miss any time away from the field. If anything, baseball is his comfort, his connection to his father.

“Being in that dugout (Wednesday) night, I kind of felt his presence even more so, because in all honesty, we probably spent 80 percent of our lives together on a ball field,” Mainieri said. “It was only appropriate that I be there with him in spirit.

“I just feel very fortunate to have had such a wonderful father for 61 years. He was obviously more than a father to me. He was a mentor, someone who basically showed me what this profession was all about. When he was alive, I thought about him every day I went to the field, because so much of what he preached to me about coaching were things I tried to apply every day.

“He really was a man for everyone, because he made an impact in a lot of different ways and touched an awful lot of lives. He lived a full life, and I’m so proud to be his son.”