No. 9 Tigers Ready For SEC QF Against Florida 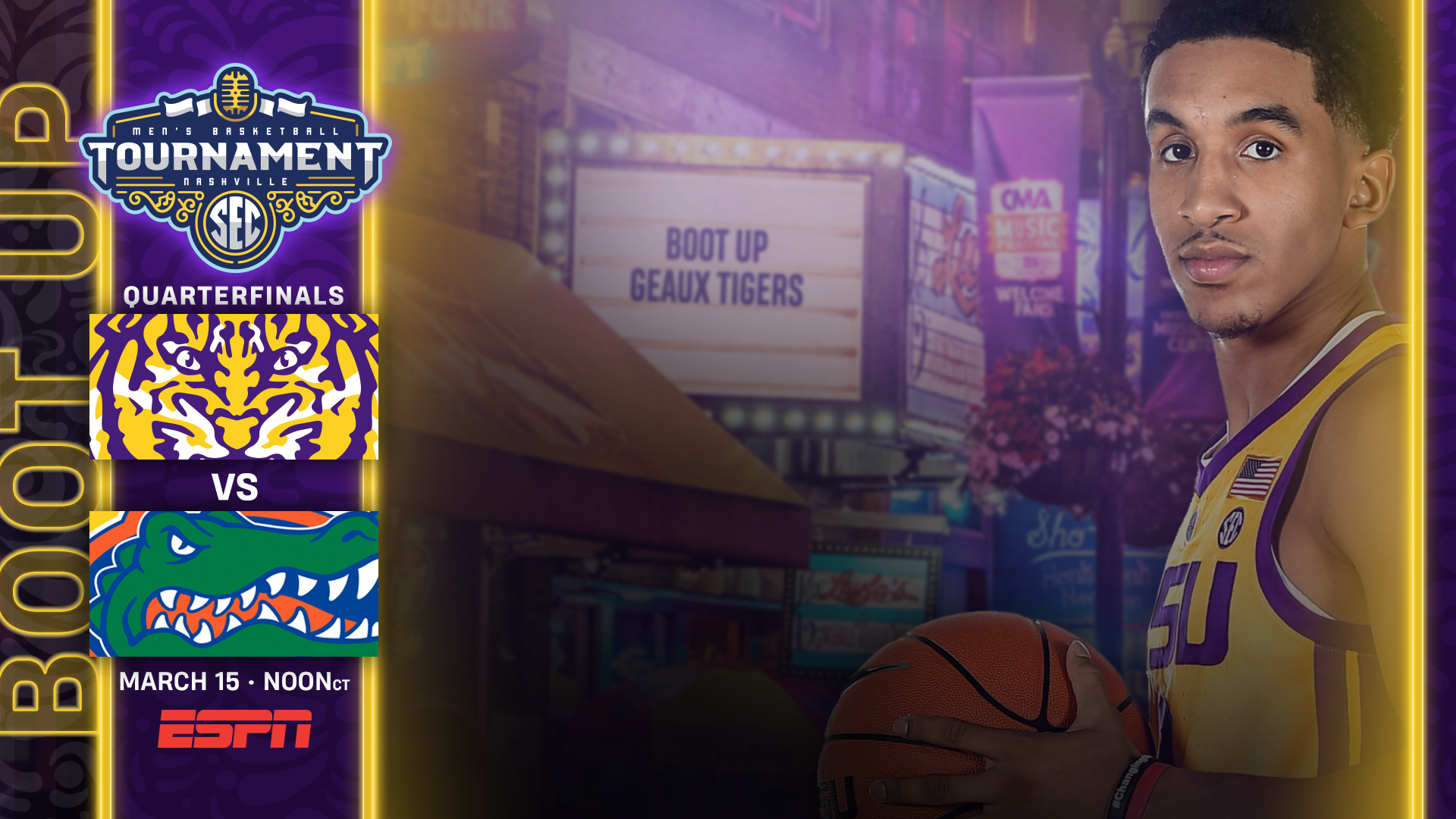 NASHVILLE, Tenn. – LSU has cleared freshman Javonte Smart for today’s game against the University of Florida in the SEC Men’s Basketball Tournament. Smart has fully cooperated and participated in a joint inquiry with LSU and the NCAA resulting from reports of wiretapped conversations purportedly involving Head Coach Will Wade.

Smart was held out of the regular season finale against Vanderbilt out of an abundance of caution in cooperation with the NCAA. Though the inquiry is not closed, after multiple additional interviews, there has been no wrongdoing identified to date. As a result, and because of his full cooperation and transparency in this matter, Smart has been cleared by university officials for play on Friday.

NASHVILLE, Tenn. – The No. 9 ranked LSU Tigers went through its usual day-before-game routine Thursday in preparation for Friday’s quarterfinal matchup with the Florida Gators in the Southeastern Conference tournament.

The Tigers and Gators will meet in the first game of the day at noon at the downtown Bridgestone Arena. The contest will be televised by ESPN with Karl Ravech, Jimmy Dykes and Laura Rutledge on the call.

The Voice of the Tigers Chris Blair and former LSU Coach John Brady will be courtside for the game on www.LSUsports.net/live and affiliates of the LSU Sports Radio Network (Eagle 98.1 FM in Baton Rouge).

Florida won the right to meet LSU for a third time after scoring a 66-50 win over Arkansas in the opening game of Thursday’s second round. The ninth-seeded Gators outscored the eighth-seeded Razorbacks, 36-22, in the final 20 minutes as Keyontae Johnson had 20 points and 12 rebounds and KeVaughn Allen added 17 points.

The two teams split games in the regular season with Florida winning in overtime in Baton Rouge, 82-77, on Feb. 20 and LSU winning in Gainesville in overtime, 79-78, on March 6. This will be the third meeting in less than a month between the two teams.

In the win in Gainesville, Waters had 19 points and Emmitt Williams returning to his home state had 13 points and 14 rebounds.

LSU shot 43.0 percent in the two games, while Florida shot 45.5 percent. The Gators had a 20-13 advantage in three-point field goals, but LSU averaged 42 rebounds in the games compared to 36 for UF. LSU had a 38-26 advantage over two games in offensive rebounds. LSU in the win had a 44-26 advantage in points in the paint and 20-8 in second chance points.

Both teams did turn the ball over in the two meetings with LSU totaling 28 combined to 25 for Florida.

LSU has an 8-3 lead in games played between the two teams in the SEC Tournament.

Kentucky, Tennessee and South Carolina are the other three teams that finished in the top four that received the double byes to Friday’s quarterfinals. The first two games of the Friday session will be televised on ESPN with the evening session back on the SEC Network.

At halftime of Friday’s game the late Wayde Sims will be honored as the team’s “SEC Legend” for 2019. Wayde’s parents Fay and former Tiger Wayne Sims will accept the award in memory of their son.

An LSU win will put the Tigers in the semifinals at noon on Saturday.

“We’re looking forward to playing Florida again. We had two really tough games against them (Coach) Michael (White) does a really great job. Although they are probably one of the smallest teams in our league, they are probably one of the toughest. He does a great job of changing their defenses. They want to control the tempo, keep the game in the 60s. We want to push the tempo. They beat us at home in overtime. We got them at their place in overtime. So we are very familiar with them. Coach Bill Armstrong has the scouting report. The last time we played them we made a few adjustments that really helped up. Our guys are ready to play and we are looking forward to the challenge.”

On how team is responding in what should be exciting time
“It’s difficult but we’ve got to focus on the kids. That’s my main concern. Right now we’ve got to take care of the kids. They’ve had a great year. They’ve gone through a lot of adversity but they have stayed together through it all. That’s the one thing about it all. They’ve tried to block out the outside noise. They are brothers (with the guy) to the right and to the left with the leadership of Tremont Waters and Skylar Mays.”

Is it us against the world?
“It’s always been about ‘us’. But I think it’s not us against the world but trying to get better. We play together, we stay together. We narrow our focus on the task at hand and take it one day at a time. We have practice right now and we are going to go in here and get better and prepare for Florida. We will get ready for them tomorrow afternoon.”

Javonte Smart update, nothing yet? (March 14, 2:15 p.m.)
“We are still waiting to get back on that. I spoke with Compliance this morning and they were going to review some more information and get back to us …”

Theories on playing and playing again or having the double bye before playing …
“I think for us having the rest. We gave our guys a couple days off. They did a great job of coming back focused and had two really good practice. We practiced (Thursday) morning and I thought the guys did a really good job. The focus was really good. Again, we are very familiar with Florida and they are very familiar with us. We have to impose our will. I thought we did that the last game. Outrebounding them. We had 20 offensive rebounds. We have to do a good job of attacking the paint. One of our game standards is paint touches so we have to play inside out to make sure we get paint touches.”

Florida defense …
“I tell you what they do, they do a great job of mixing up their defenses. You’ll see 1-2-2, 3-2, man, they’ll switch everything. They switch their ball screens. They do a great job and stay between you and the basket. You have to do a great job of moving the basketball, getting great ball reversals, getting paint touches. We did a great job of playing through Naz (Reid) the last time we played them at their place. We have to continue to do that. We got to push it in transition. We talk about a four-second game. We got to push the ball in the first four seconds and see if we can beat their defense down the court.”

Keeping players focus
“I think one thing that we try to do is keep it simple. We haven’t changed our routine. We still work on our film study. We still like today and did individual work and fundamentals. We’ll still do our film session tonight. Basically try to keep it real simple.”

On how you have tried to keep things the same
“Like I said we are co-coaches here. Greg Heiar and Bill Armstrong. This is Coach Armstrong’s scout and he’s very familiar with Mike White since they coached together at Ole Miss. That’s what I try to do. I’m not trying to stay out of the way, but make sure I manage everything. No one would come in here and try to change everything. We’ve had success all year with the system that Coach Wade has put in place here. He delegated a lot to us as assistant coaches and we are going to do what we’ve been doing all year.”

Any message to the fans that have come here
“Make a lot of noise and cheer for the Tigers. Go Tigers.”