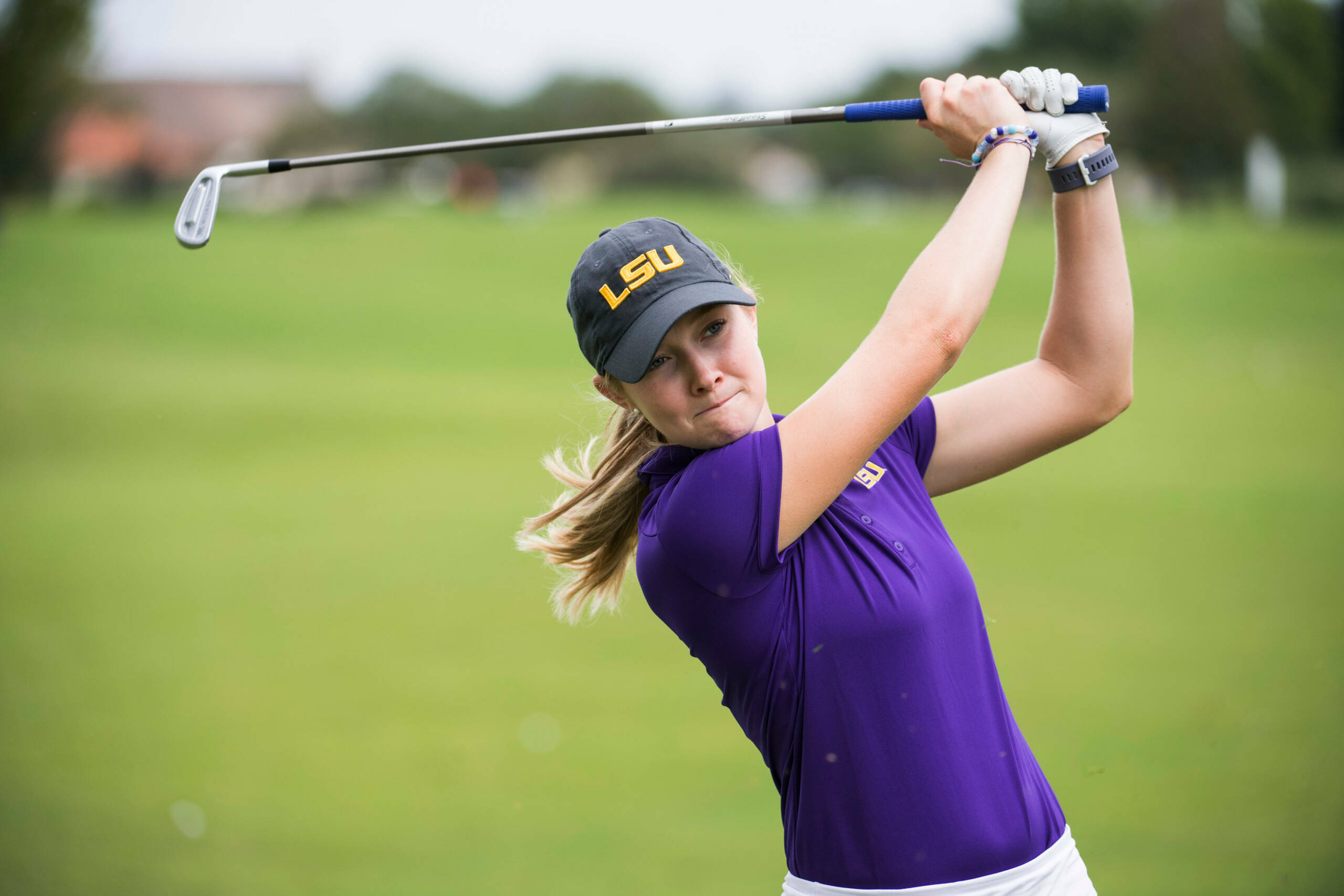 BATON ROUGE, La. – The LSU women’s golf team has a quick turnaround this week as they dive into back-to-back weeks of competition at the Tar Heel Classic Hosted by Suzy Whaley on March 15-16. The three-round tournament is being held at the Casa de Campo Resort & Villas on Pete Dye’s Teeth of the Dog course in La Romana, Dominican Republic.

Kathleen Gallagher, Monica Dibildox, Kendall Griffin, Alden Wallace and Presley Baggett will represent the Tigers as they begin play from Holes No. 11-15 with a shotgun start at 6:30 a.m. CT on Friday. LSU is paired up with Ohio State and North Carolina State for the first two rounds of the tournament.

The team, under the direction of first-year head coach Garrett Runion, is currently averaging 298.93 per round and is looking forward to using the quick turnaround to go prove themselves against another top field of competitors.

“We had a lot of positives to take from last week even though we didn’t finish out the final round like we hoped we would,” said Runion. “The Darius Rucker was by far the strongest field we have seen this season with 12 Top 25 teams and nine of the Top 15. We proved that we belong in the mix with those ranked teams over the first two rounds, but didn’t do things in the final round that got us to that point.”

LSU put together back-to-back rounds of under 295 for the third time this season over the weekend with solid rounds from Dibildox, Wallace, Griffin and Baggett contributing to the team scoring. Gallagher battled illness throughout the tournament and is expected to be back at full strength for the Tar Heel Classic.

“We were able to come home and learn from our mistakes in the final round,” continued Runion. “Teeth of the Dog will be another challenging test for us that demands a lot of discipline, and if we are able to stay patient and do the things we worked on, we should have a good week at Casa de Campo.”

Teeth of the Dog is celebrated as the No. 1 course in the Caribbean and will play at par 72 over 6,140 yards. Host Suzy Whaley is a North Carolina graduate and is currently serving as the President of the PGA.

* Golfweek has the Tigers strength of schedule ranked No. 15 going into this week’s competition.

* In head-to-head SEC competition, Dibildox ranks No. 22, while Gallagher ranks No. 37.

* Gallagher (Sr.) tied her career low in the first round of the Magnolia Invitational with a 68 and posted her best individual finish of the season.

* Dibildox (Jr.) earned her second top-15 finish of the season at the Magnolia Invitational and has shot par or lower in four of her rounds played this season. She hit a career-low 70 in the first round of the Mason Rudolph Women’s Championship. Dibildox leads the team with a 73.67 scoring average, four stroke down from last season’s average.

* Griffin (So.) shot her career low of even par in the second round of the Allstate Sugar Bowl Classic. In the fall, she had her best individual finish of the season at the Magnolia Invitational. She also picked up an ace on October 18 in a practice round at LSU’s home course, the University Club, on Hole No. 8.