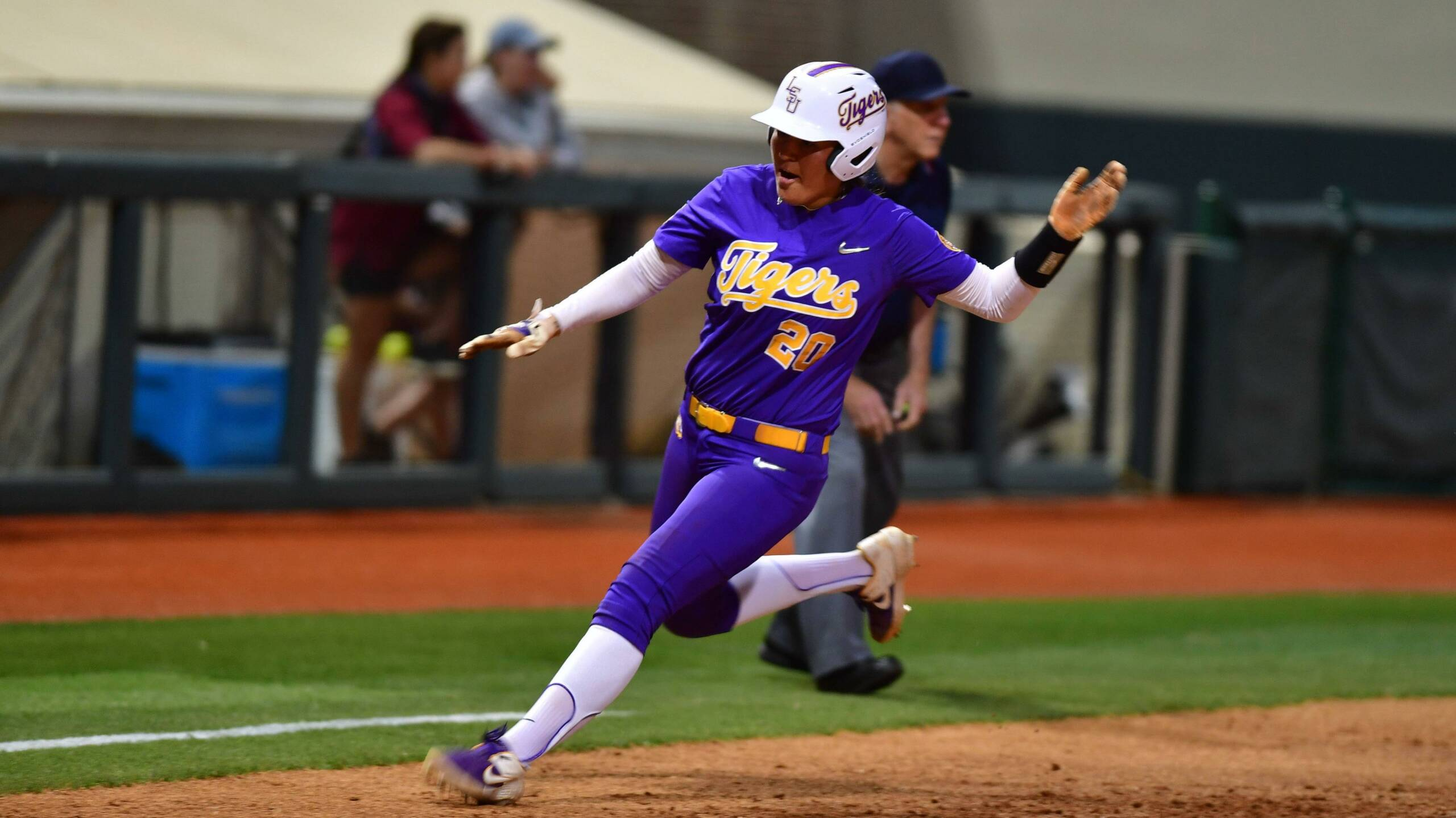 The Tigers were first to put a run on the board after a double to left field from Amanda Sanchez, sending Aliyah Andrews in to score. Amanda Sanchez scored another run for LSU after Shemiah Sanchez singled to left-center field. The Tigers led 2-0 going into the second inning.

In the bottom of the second inning, Amber Serrett and Michaela Schlattman both walked and scored on a double to center field from Savannah Stewart. Andrews singled to the short stop and stole second base, followed by another walk for Amanda Sanchez, and both ended up scoring. The Tigers scored two more runs on an Elyse Thornhill double to left-center, giving LSU an 8-0 lead.

With no outs for the Tigers in the bottom of the third inning, Amanda Sanchez shot the ball to left field, scoring Andrews. Shelbi Sunseri also hit one to left field, and advanced to second on the throw. Doyle stepped up to the plate and ripped the ball to left-center, sending both Sanchez and Sunseri in to score, upping the LSU lead 11-0.

Maribeth Gorsuch claimed the win in the circle, finishing with five strikeouts and allowing only one hit in the first inning. She improves to 6-0 on the year.

On a big win coming off of a loss…

“I think it was good, this game will help prepare us for the weekend. A lot of people got in, saw some action, which will be beneficial going into the weekend.”

On the team’s plate discipline and maturity…

“That was my message to them after the game. It’s one thing to be able to go up and square a ball up, it’s another thing to be able to have the discipline to take the walks. A big reason why they have been successful is that they’re seeing the ball in the zone and swinging at strikes. That’s a big reason for their success.”

“That was an amazing at-bat, and then it was amazing to have the discipline to take the last pitch to get the walk in an at-bat like that. Huge at bat. It shows you how deep this team is. We have great players coming off of the bench. We have such a deep, deep lineup. A lot of these kids could be winning these games.”

The Tigers will be back in action Saturday, taking on No. 7 Florida at 6 p.m. in Tiger Park. The game will stream live on SECN+.