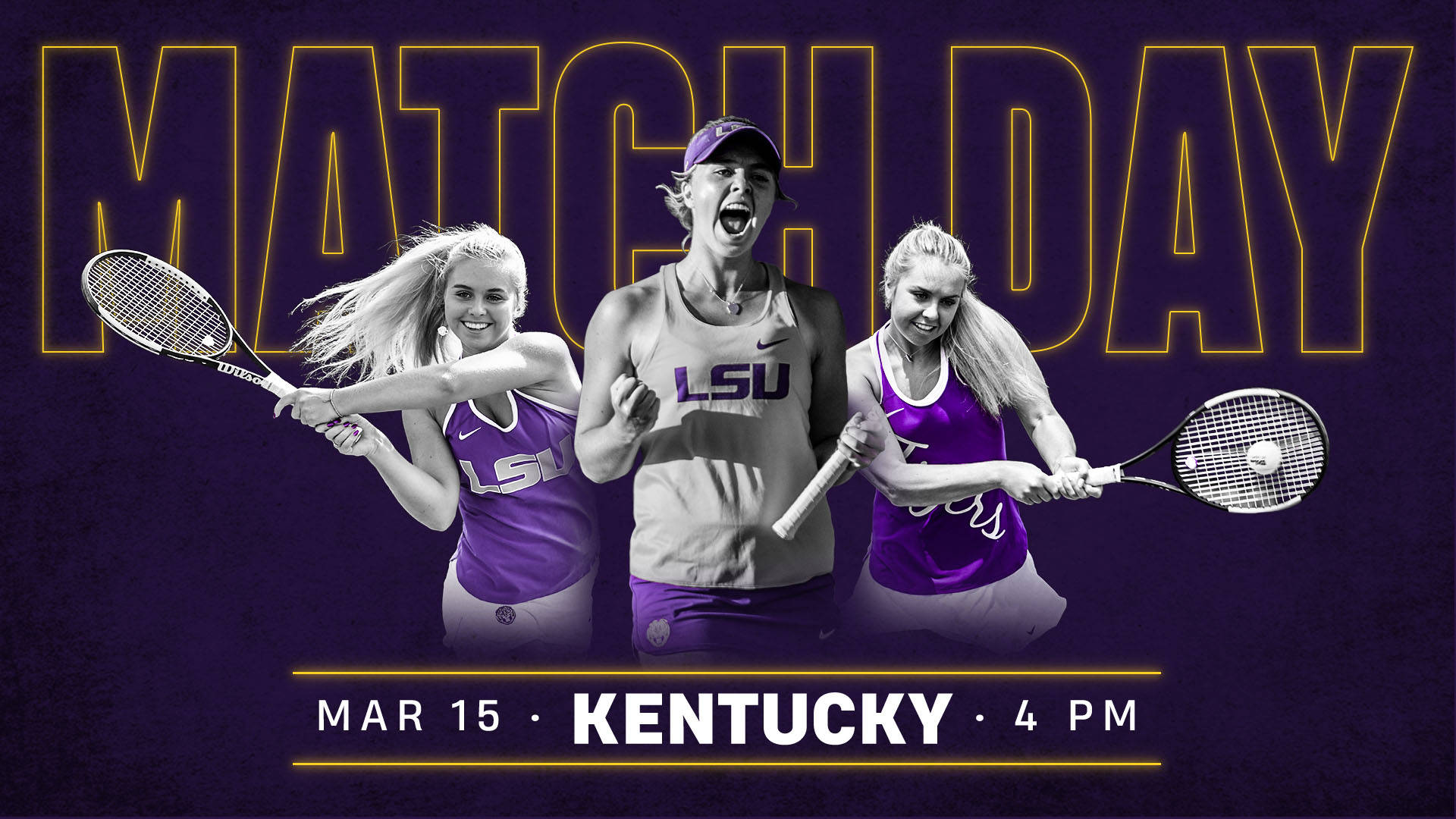 BATON ROUGE – The LSU women’s tennis team will begin its home weekend by hosting No. 21 Kentucky at 4 p.m. CT on Friday, March 15, at the LSU Tennis Complex.

The Tigers have a narrow 21-20 series advantage over the Wildcats, including four wins in the last five meetings. In last year’s matchup at the Boone Tennis Complex in Lexington, the Wildcats won by a score of 4-1. Senior Jessica Golovin earned LSU’s lone point when she won in straight sets, 6-2, 7-6(7), at the No. 2 singles.

No. 15-ranked sophomore Eden Richardson leads the Tigers at the No. 1 singles, having eight wins on the season. Against Georgia, Richardson defeated No. 1 Katarina Jokic in three sets and became the first Tiger to defeat an ITA No. 1 since Megan Falcon in 2008.

In doubles, the pairing of Richardson and Golovin are ranked No. 3 and are 9-2 in the dual season at the No. 1 doubles.

Kentucky is ranked No. 21 in this week’s ITA/Oracle rankings and are 13-2 on the season.

The Wildcats are led in singles by No. 48 Justina Mikulskyte, who has an 8-2 record at the No. 1 singles this season. Tiphanie Fiquet has notched eleven wins in the dual season, which is the most for her team.