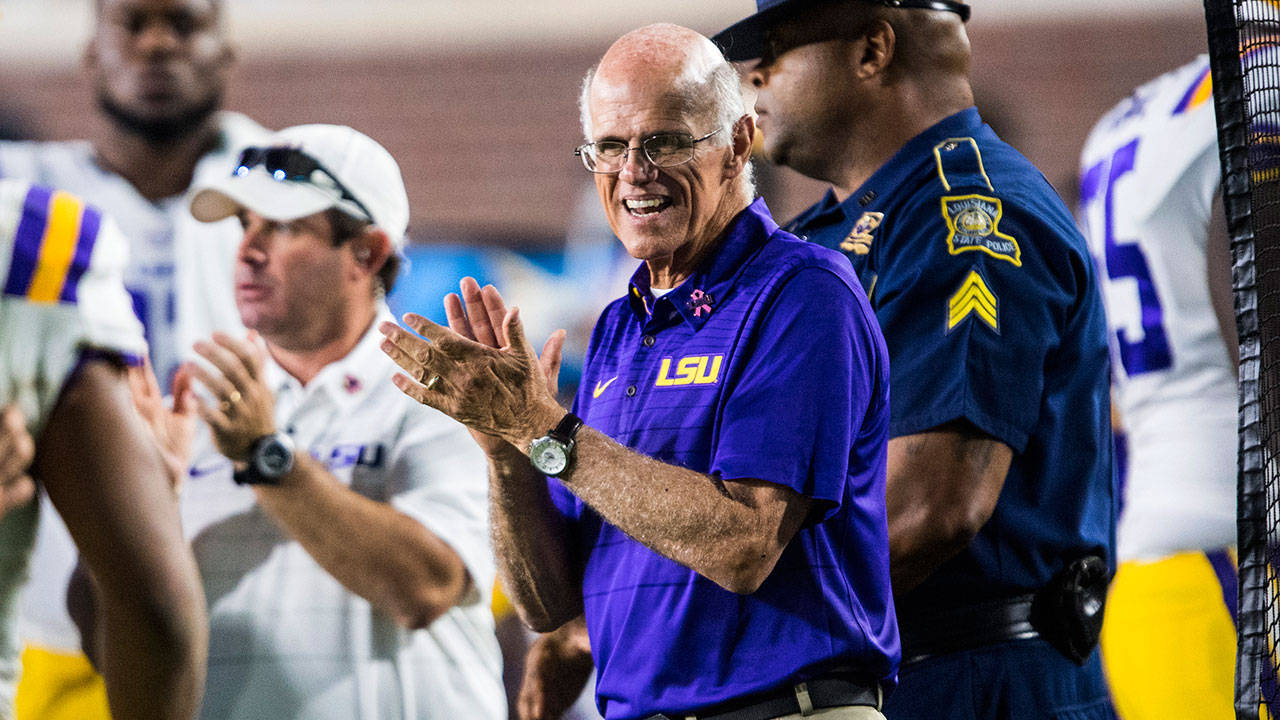 BATON ROUGE – Dr. Sam Nader, who has been part of the LSU football program for 42 years and one of the most popular men to ever been involved with the Tiger program, is one of six people named to the 2019 Fellowship of Christian Athletes Hall of Champions, the organization announced on Wednesday.

“These selfless and giving individuals have not only made contributions to the sports they love, but also to the communities and teams to which they are committed,” said FCA President and CEO Shane Williamson.

Nader serves as the campus faculty representative for FCA at LSU.

Nader is responsible for overseeing all day-to-day administrative duties for the LSU football team. He first joined the LSU staff as a graduate assistant in 1975 under head coach Charles McClendon. He was elevated to a full-time assistant coach in 1977 and then served as LSU’s recruiting coordinator from 1980-1993.

Nader assumed the role of administrative assistant for football operations in 1994, a position he held until 2000 when he was promoted to assistant athletic director in 2000.

Nader was a quarterback for the Auburn Tigers from 1963 to 1967, and in 1968-69 served as assistant coach at Jordan High School in Columbus, Georgia. He was promoted to head coach and athletics director in 1970, serving in that capacity until 1974.

“Coach Nader is the embodiment of what we as staff are trying to accomplish each and every single day of our lives in ministry,” said one nominator. “He has just been doing it as a coach for 42 years! In many ways, coach Nader is the standard of what a godly man should look like. He is humble, gracious,
honest, a man of great personal integrity, a man who listens more than he speaks, a man who is deeply committed to his wife and family, a man who is faithful to reading God’s Word and his devotion to his relationship with Christ.

“I have never heard him speak a negative thing about anyone or any situation. He is the epitome of the man behind the scenes who truly wants no credit for his life of service.”

Nader and his wife, Ann, have three children and five grandchildren.

The Fellowship of Christian Athletes Hall of Champions was established in 1991. There are now 107 godly coaches and athletes plus board members and volunteers who have received this special tribute. They make up a group of FCA servant-leaders who have faithfully served Christ through the avenue of FCA. Their commitment to the Lord’s work has impacted millions over the years. They are a body of teammates in Christ who have demonstrated a consistent commitment to the support of FCA, nominated by staff and board members and elected by a selection committee.