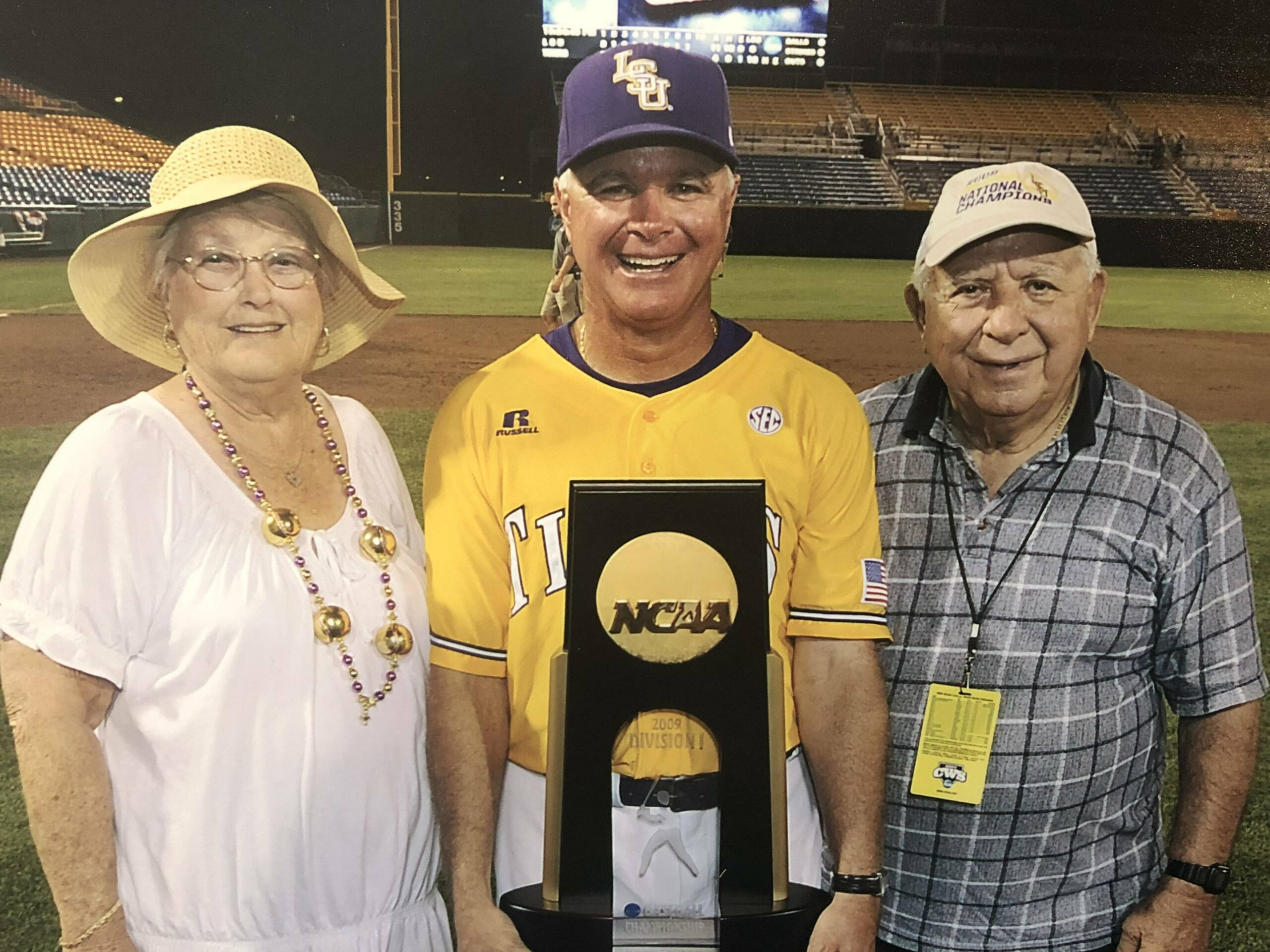 BATON ROUGE, La. – Demie Mainieri, the father of LSU baseball coach Paul Mainieri and a member of the College Baseball Hall of Fame, passed away Wednesday morning in Baton Rouge at the age of 90.

Funeral arrangements for Sunday and Monday, March 17-18, are listed below.

Demie Mainieri enjoyed a remarkable baseball coaching career, and he was the first junior college coach to win 1,000 games. He finished his career with 1,012 wins in 30 seasons at Miami-Dade North Community College. More than 100 of his former players were drafted or signed by professional teams, and 30 of them made it to the Major Leagues.

His 1964 team won the NJCAA national championship, and he had three teams finish as the national runners-up and another finish third. He has been inducted into seven halls of fame and was named to the NJCAA All-Century Team.

Demie Mainieri was a pioneer for college baseball in South Florida when the sport received little attention there. In only his fourth year on the job Miami-Dade, he won the national championship and brought unprecedented attention to his school and the region. He dominated the college baseball scene in South Florida at all levels, including Division I, for all of the 1960s and a portion of the ’70s.

He influenced hundreds of players on the field and made them better men ready to succeed in life after baseball, something of which he was most proud when reflecting upon his career.

At the time of Paul Mainieri‘s induction into the American Baseball Coaches Hall of Fame in 2014, the LSU coach said this about his father:

“Obviously, he means everything to me. Not only was he a tremendous father to me and my four siblings as we grew up, he was a great mentor to me as I chose the coaching profession. He always emphasized to me that a coach was a teacher, first and foremost. He has been my most trusted counsel, and I lean on him very much.”