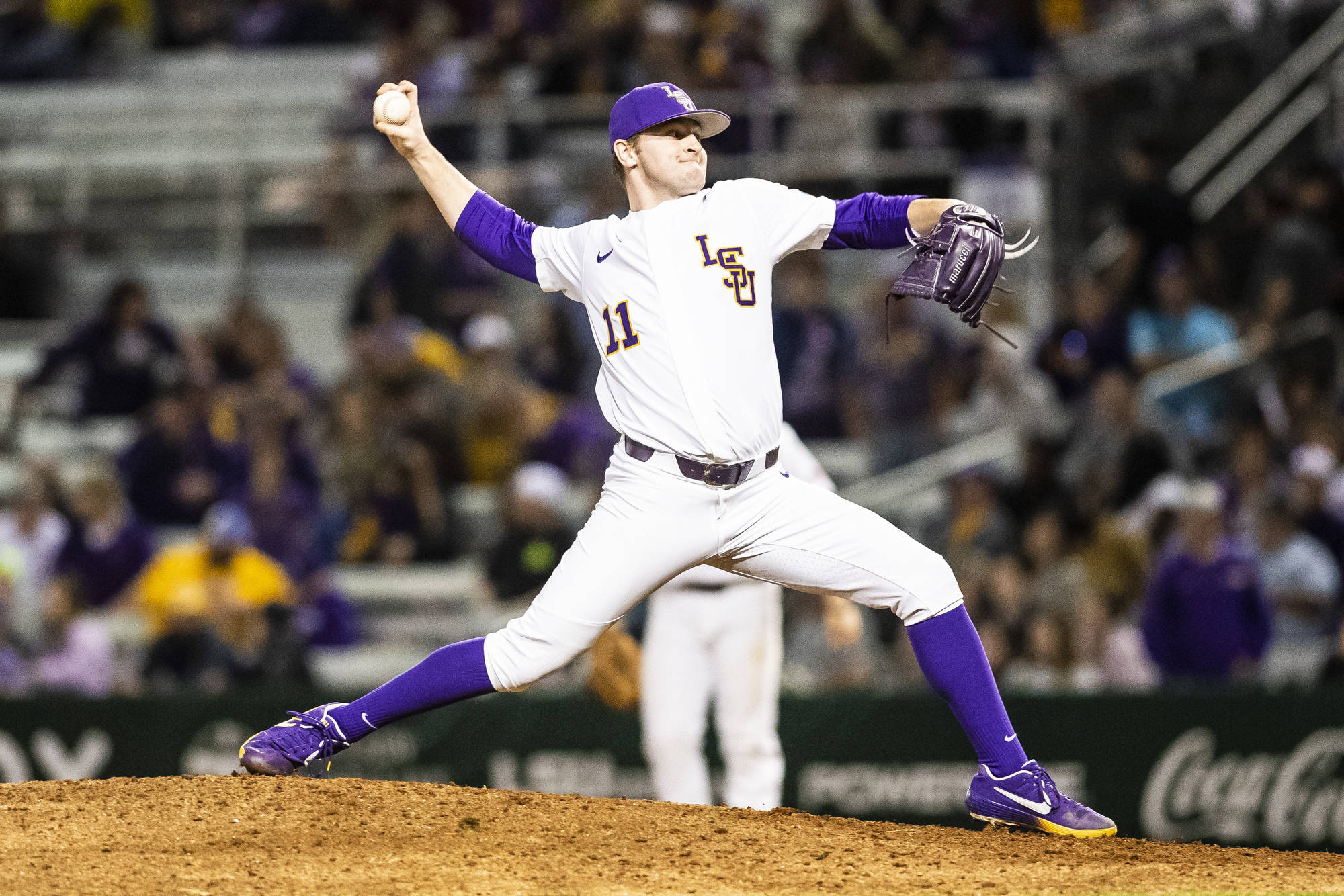 NATCHITOCHES, La. – Northwestern State right-hander Cullen McDonald held the LSU baseball team to one run through 7.2 innings to pace the Demons to a 3-1 win against the No. 10 Tigers Tuesday night in Brown-Stroud Field.

With the win, Northwestern State improves to 8-6 on the season while LSU drops to 11-5 on the year.

LSU will return to action with a game against Texas Southern Wednesday at 6:30 p.m. CT in Alex Box Stadium, Skip Bertman Field. The game will be online only through the SEC Network+, and fans can listen to the game on the LSU Sports Radio Network.

“You have to tip your hat to their pitcher (Cullen McDonald),” head coach Paul Mainieri said. “He made a lot of big pitches tonight. He threw strikes and kept us totally off balance. We had a chance in the eighth, and we just couldn’t get the hit. This is the third game in a row that we have basically pitched a shutout except for one bad inning that we gave up a crooked number. When you’re not scoring any runs, that one inning can cost you a ball game, and it did tonight.”

McDonald and improved to 2-0 on the year after limiting the Tigers to five hits, walking three and striking out five. Tyler Pigott earned his first save of the season after working 1.1 innings and walking one.

Aaron George suffered the loss and dropped to 2-1 after allowing three runs on two hits and one walk in the sixth inning.

Freshman Landon Marceaux was brilliant in his three-inning start, striking out three Demons. Ma’Khail Hilliard was the next man up for the Tigers, and the sophomore struck out three and allowed one hit in two innings of work. Matthew Beck, Trent Vietmeier and Todd Peterson combined to one-hit the Demons in three innings and walked one.

Shortstop Josh Smith led off the top of the first inning by drawing a walk, moving to second on an infield single by center fielder Zach Watson and taking third on a double steal. With two outs, third baseman Chris Reid hit a ground ball straight to first base, and Smith scored to give LSU the 1-0 edge.

With two outs in the bottom of the sixth inning after back-to-back singles and a walk, catcher Jakob Nunez scored on a wild pitch, which allowed the other two runners to move to scoring position. Second baseman Sam Taylor and shortstop Caleb Ricca scored on left fielder Jeffrey Elkins’ double to left field, and Northwestern State grabbed the 3-1 lead.

LSU loaded the bases in the bottom of the eighth but was unable to push a run across.